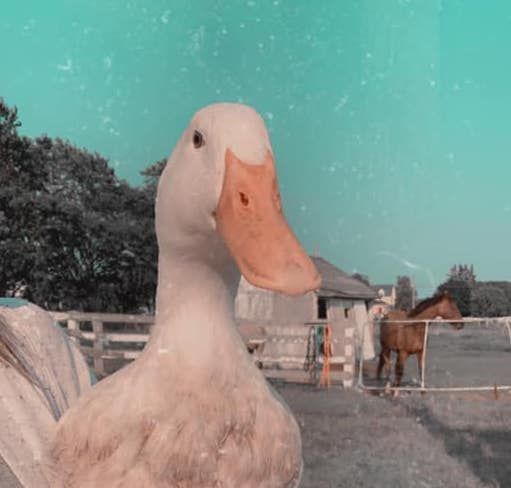 Prince Edward Island, only referred to as P.E.I. in the linked article, is Canada’s smallest province. Life there seems pretty calm and uncontroversial, rather nice, actually, as glimpsed at through the CBC’s annual list of top news items from the island. For example, in August of 2021, Breadcrumbs the duck became newsworthy because she was lonely. She was a sole duck survivor of a predator attack on her farm.

“The owner was like, ‘Well, ducks are social creatures. They need some friends.’ And so they put out a call on Facebook,” Atkinson said.

“Facebook [came] to the rescue, including a former farmer on the North Shore who had some spare ducks. Suddenly, Breadcrumbs has some friends and it’s in the news.”

The other seven news stories include a local man who became a professional competitive eater, a little girl who met a lamb, a cop who chased a suspect in a kayak, and a weasel found in a toilet. Read them all in this year’s list of top news stories from P.E.I. -via Fark