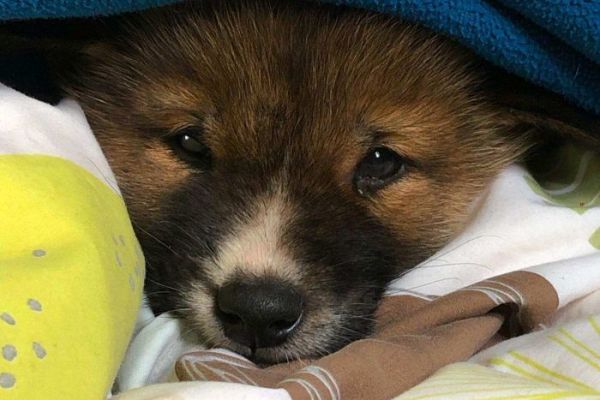 There are three types of dingos in Australia: tropical, inland, and alpine, not including dogs that are a mix of dingos and domestic breeds. The alpine dingo is the rarest, and the most threatened. So it’s quite surprising to find one in a backyard in Wandiligong, Victoria. The residents who found him just considered him a lost puppy.

At the time the residents thought the animal may have been a fox or dog, but after looking after the animal for 24 hours they took the pup to the Alpine Animal Hospital.

“He was a puppy when he was brought to us, so about eight to ten weeks [of age],” Veterinarian Dr Bec Day said.

“He had a mark on his back [from what is believed to be an eagle’s claws] and there were no other pups nearby. The resident hadn’t heard any [other dingos] calling. So he was just a lonely little soul sitting in a backyard.

The pup was named Wandi, after the town, although he should have been named Lucky after surviving a kidnapping by eagle and then the drop to the ground. A DNA test shows that Wandi is a purebred alpine dingo, which makes him valuable to the Australian Dingo Foundation. Wandi has a new home at their sanctuary, where he gets to live among other dingos and will become part of their breeding program. Read Wandi’s story at ABC.  -via Metafilter