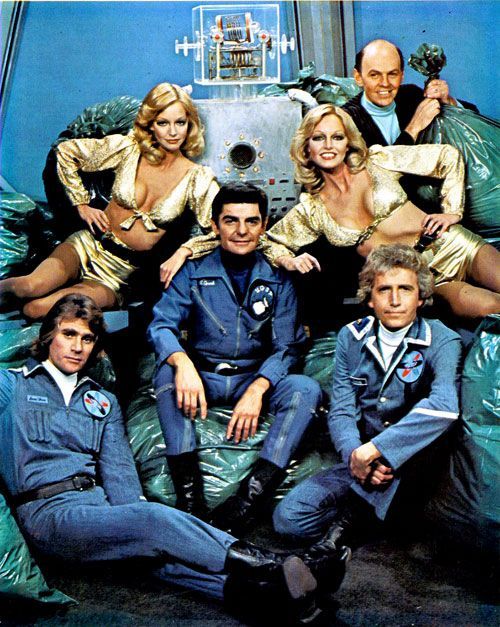 1960’s television could be zany, but 1970’s TV held its own in that regard. With sci-fi programs such as Battlestar Galactica still very popular, the time was thought to be ripe for a sci-fi spoof series, this being 1977’s Quark. From the IMDb:

A spoof of Science Fiction films and television series, “Quark” chronicled the adventures of Adam Quark, captain of a United Galactic Sanitation Patrol ship. His cohorts included Gene/Jean, a “transmute” with male and female characteristics; a Vegeton (a highly-evolved plant-man) named Ficus; Andy the Android and Betty and Betty (who were always arguing over who was the clone of the other). Based at Space Station Perma One were Otto Palindrome and The Head. Though Quark was supposed to stick to his sanitization patrols, he and his crew often met adventure with such colorful space denizens as the evil High Gorgon (the Gorgons were the villains), Zoltar the Magnificent, and Zargon the Malevolent. A fan writes:

The look is cheap and cheesy and the humor is almost cringe-inducing at this point, so it hardly needs mentioning that the series has not aged well. Nonetheless, fans who remember the series and fringe-dwelling thrill seekers are advised to give this curious 70s reliquary a look. Basically, it’s a lower budget Star Trek spoof with Get Smart level humor, courtesy of Buck Henry. Some gags still work, others just make you gag, but the cast is likable, especially Richard Benjamin as the eponymous Quark and his barely-clad twin female sidekicks, the Bettys. Like Get Smart there are several running jokes – each of the Bettys claim the other is the clone, while Gene/Jean the transmute flip-flops from gung-ho to girlie at random moments – but the show never ran long enough to wear them out, so some are still pretty funny.

YouTube has numerous episodes available of this one-season wonder (yes, the WTM Curse struck again) and I have embedded a couple below. Have a look and see what TV sci-fi was like about the time George Lucas became a household name. 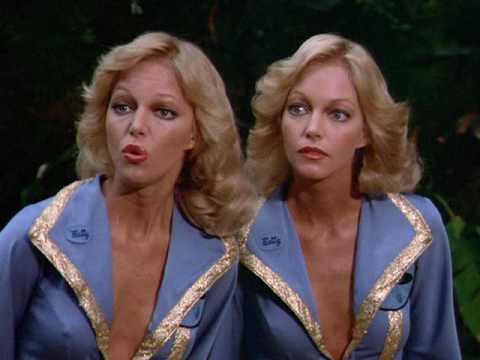