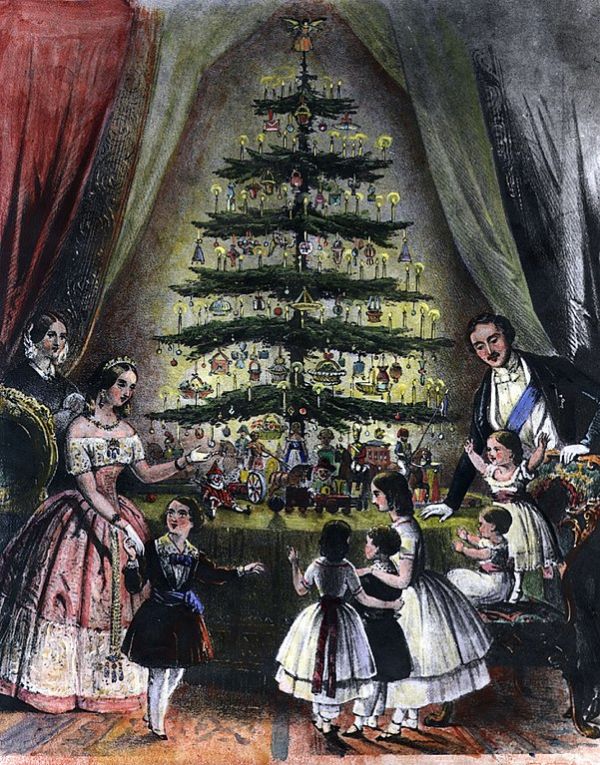 The influence of Queen Victoria is still felt all along our culture. She is the reason that brides wear white at their weddings, anesthesia became popular for childbirth, and why we eat chicken for dinner. Her majesty was also instrumental in the way we celebrate Halloween. You could say that Victoria was a superstar influencer. So it’s not that difficult to believe that she made family Christmas trees a thing.

As with most of the secular parts of our Christmas celebrations, bringing evergreens inside was an ancient way to celebrate midwinter, specifically the solstice. The tree was incorporated into the Christian feast early, but not universally. German Protestants took it up as a backlash against Catholicism after the Reformation, and then Christmas trees were later rejected by Puritans. But the Christmas tree only really took off as a universal symbol of the holiday after illustrations of Queen Victoria’s tree were published in 1848. Read the historic journey of the Christmas tree at the Conversation.