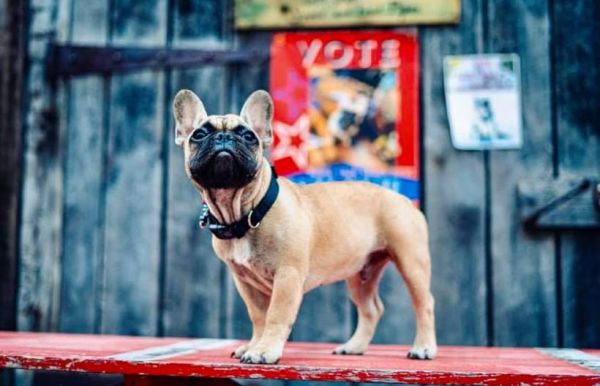 The results of the election in Rabbit Hash, Kentucky, have been announced. The new mayor is Wilbur, the French bulldog. With 13,143 votes, Wilbur has unseated mayor Brynneth Pawltro, who has been in office since 2016. Wilbur defeated two opponents in the vote, but those also-rans will be rewarded with the title of Rabbit Hash Ambassador. Wilbur is ready and eager to assume his duties.

Since 1998, the mayor of Rabbit Hash has been a dog. Rabbit Hash’s canine mayors don’t make legislative decisions for the town, which is owned by the Rabbit Hash Historical Society, but their elections raise money to keep the town’s historic buildings in good condition.

The new mayor already has an official Facebook page in order to update fans on the goings-on in Rabbit Hash. -via reddit

“What did we do before Hyperallergic?”