Dundee’s shipbuilding industry died out 40 years ago. But last week, the Scottish port city once again launched a vessel into the ocean, of a sort that most people on earth have never seen.

From above, Orbital Marine Power’s O2 simply looks like a giant pencil, about the same length as a 747: 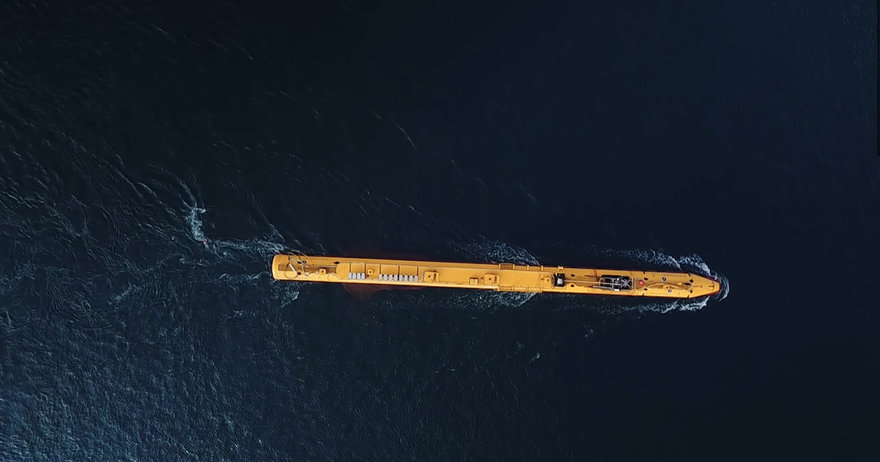 But in actuality it’s a floating, mobile hydropower station, whose radical design came from BMW Group’s Designworks. Beneath the surface are two massive turbines with 20-meter-long blades, mounted on nacelles connected to the floating platform by long arms; the arrangement resembles an inverted Starship Enterprise, without the saucer-shaped hull.

The turbines can spin in either direction, adapting to the current. It does not need the considerable infrastructure of conventional tidal power stations, which require enormous submerged structures built at stratospheric costs.

Instead the 02 is floated into a channel, where the topography guarantees a predictable flow of water to spin the turbines. Twin anchors hold the vessel in place. Power is transmitted through a dynamic cable down to the seabed, where it taps into a static cable that travels along the seabed and back to the local onshore electricity network. 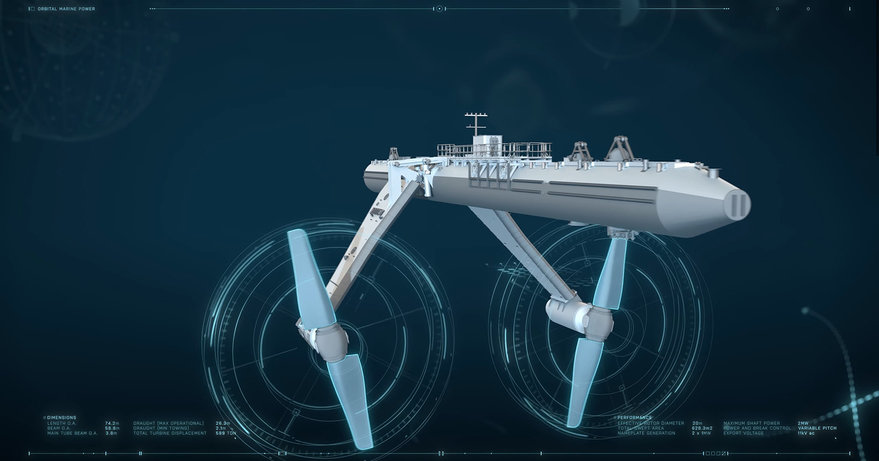 The vessel has been designed with all-important maintenance in mind. The twin arms can be swung upwards, bringing the turbines out of the water. This allows workers to inspect and service them on the surface, rather than using expensive submersibles or sending down divers. 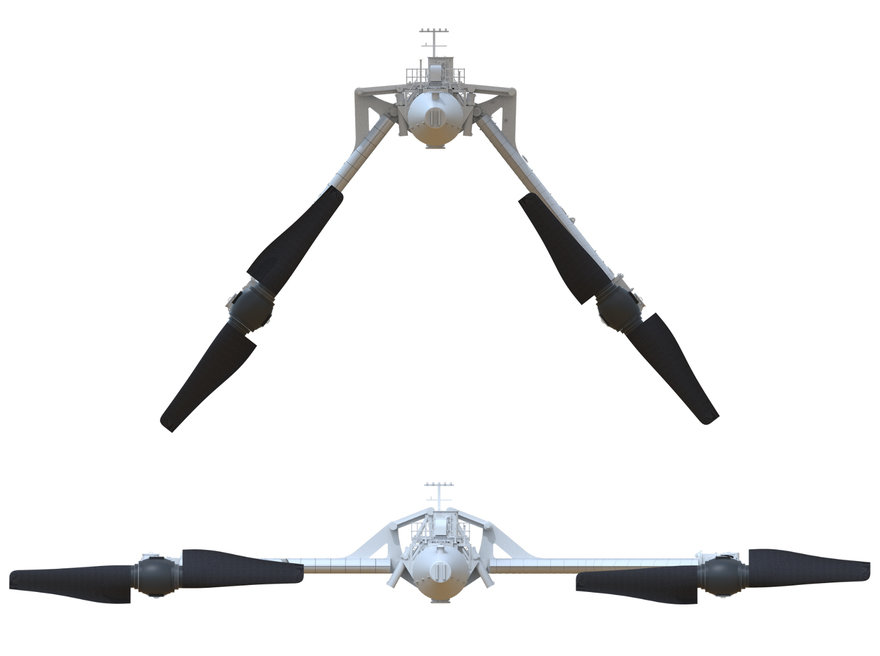 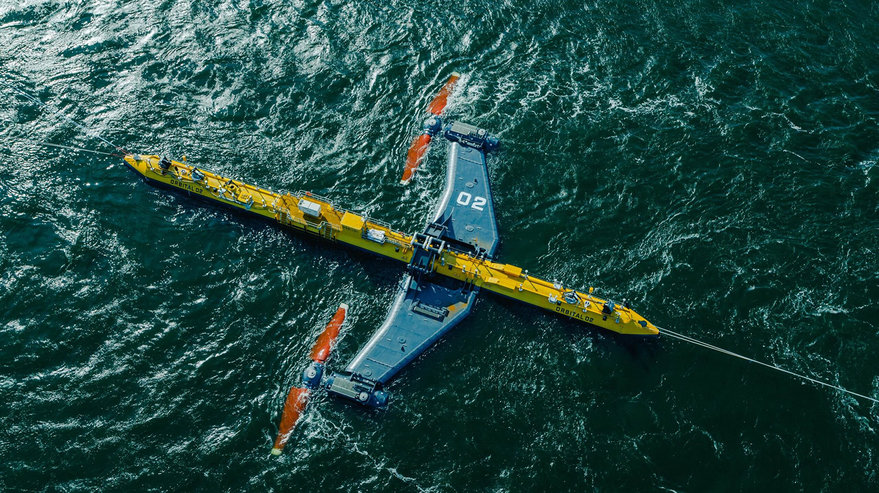 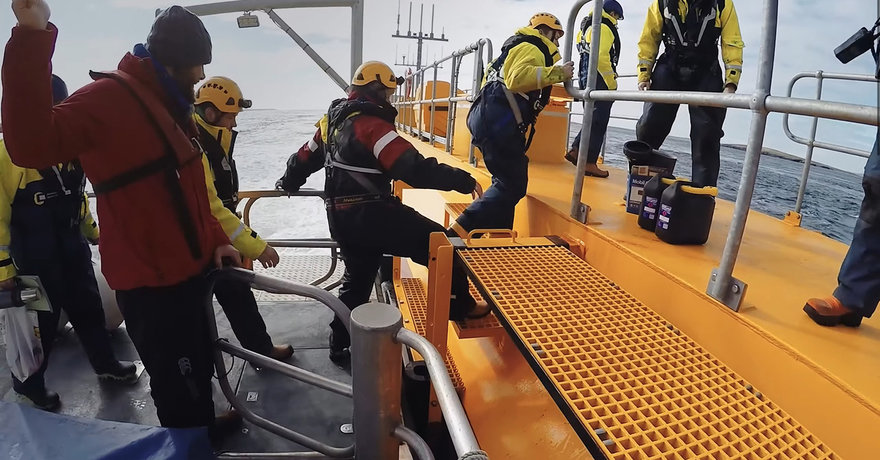 To be clear, the 02 can generate just a fraction of the energy of a conventional tidal station. The turbines at South Korea’s Sihwa Lake facility, the world’s largest tidal power station, average 6.3 MW in power generation–and the facility has ten turbines. A single 02 unit generates 2 MW. 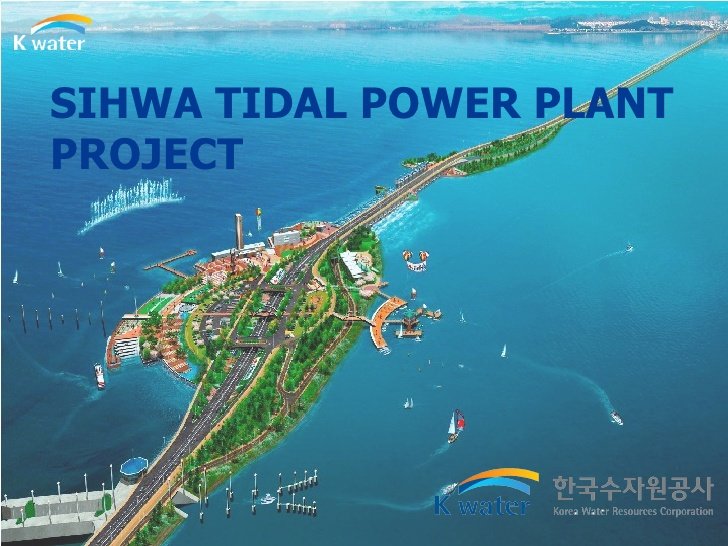 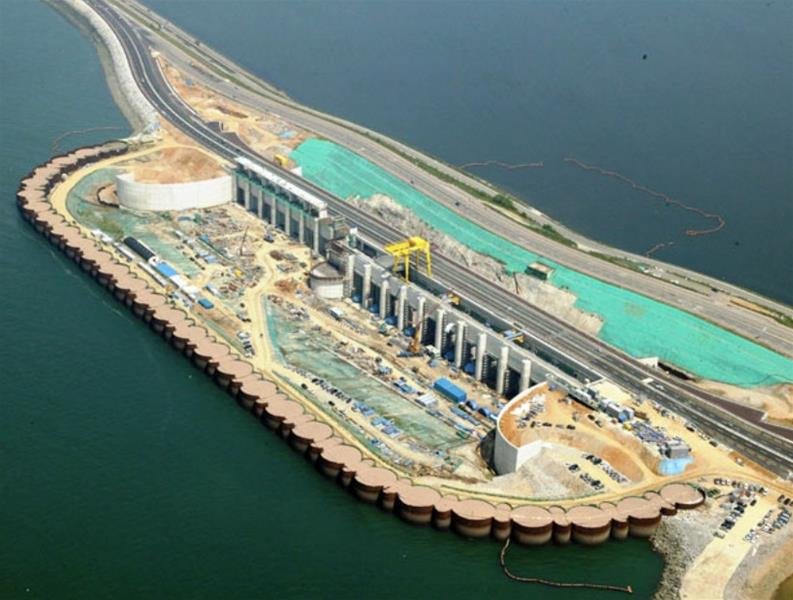 However, Sihwa Park cost $560 million to build, with the costs borne by a generous South Korean government. Orbital, with no singular government funding and a presumably much lower price tag, is relying on a mixture of development funds, investors and crowdfunding.

It’s also worth noting that the 02 is designed for mass production; unlike a permanent tidal power station, an armada of O2 units could be produced and towed anywhere in the world, and moved as many times as necessary. 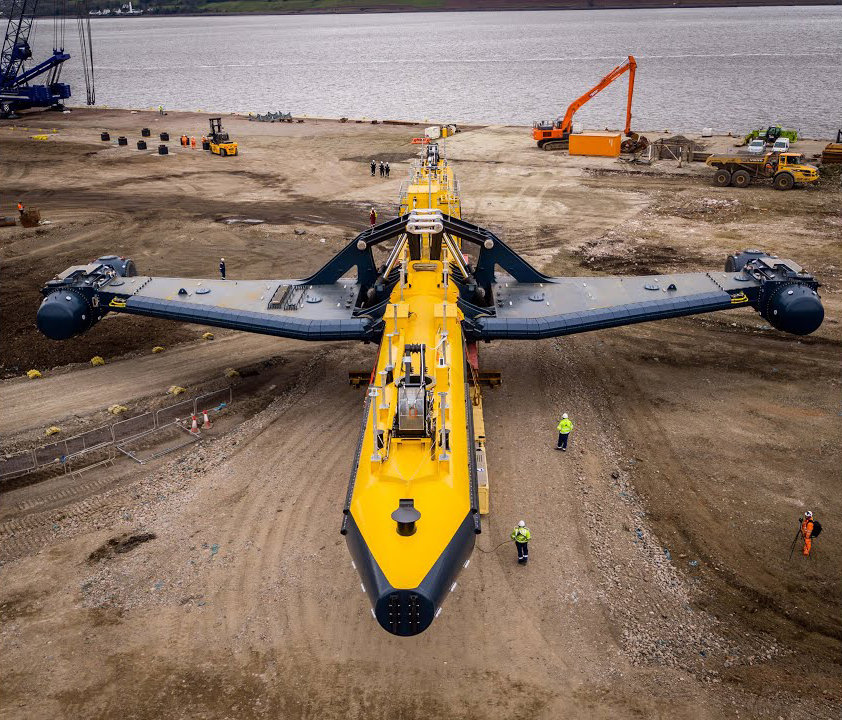 The 02 is currently being set up in the waters off of the Orkney Islands, where it will be connected to EMEC, the European Marine Energy Centre, a tidal power generation testing facility.