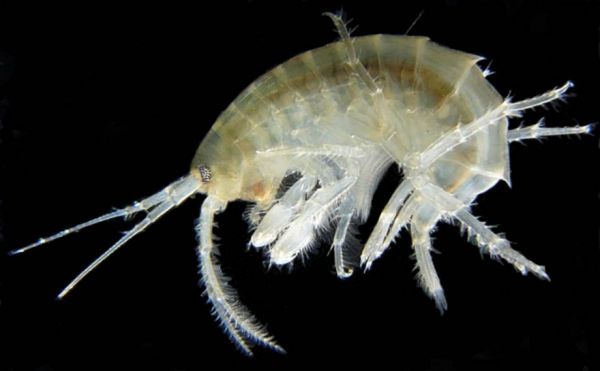 There is apparently no place on earth that can’t be contaminated by nuclear bombs. Traces of carbon from nuclear testing has been found in organisms retrieved from the Mariana Trench, almost four miles deep in the Pacific Ocean, where scientists never thought it would be found.

From 1945 to 1963, humans detonated atomic bombs in the atmosphere. This caused a spike in carbon-14 across the world. This carbon was quickly taken up by plants via photosynthesis, which were then consumed by animals. The presence of carbon-14 can now be used to date the organic matter that contains it.

With this in mind, researchers collected amphipods from three trenches, the Mariana Trench (the deepest point on Earth), Mussau Trench, and New Britain Trench, in 2017. Then, they measured the amount of carbon-14 in the amphipods’ tissues and gut contents. Carbon from the deep ocean should contain no carbon-14, while carbon from the surface would—and yet, the team found carbon-14 values in the deep-ocean creatures that were similar to the concentration of carbon-14 found on the ocean surface.

Read more about the research at Gizmodo.