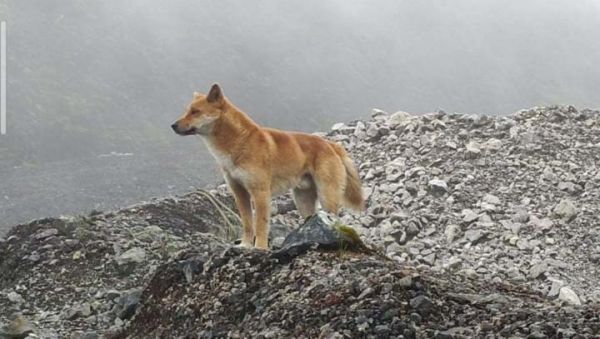 The New Guinea singing dog was considered to be extinct in the wild since the 1970s. There is a captive population of these dogs, about 300 of them, which have been bred in conservation centers. Those dogs are descended from a small population that have been in captivity for decades. But New Guinea has another wild dog, called the Highland wild dog. And the study of genetics has come a long way since the ’70s. Recently, genetic samples were taken from three Highland wild dogs, and have been studied to see whether they are the ancestors of the singing dog, or related in some other way.

According to the researchers, the genomic similarities between the New Guinea singing dogs and the Highland Wild Dogs suggest that we’re dealing with the same breed.

Since all New Guinea singing dogs have been raised in captivity, there’s been a lot of inbreeding that reduced variations in the group’s DNA. But, essentially, the Highland Wild Dogs are the wild and original population of New Guinea singing dogs, this new study suggests. It’s just that the latter lost the genetic variation present in the wild population due to inbreeding.

Read about the research, and hear what the the singing dogs sound like, at ZME Science. -via Fark