The future of farming is changing, drones are roaming the skies and patrolling the ground studying crop yields and collecting data. At least, that’s how I imagine the future of commercial farming. This project explores that future and the solutions that new tech can bring to the commercial industry. 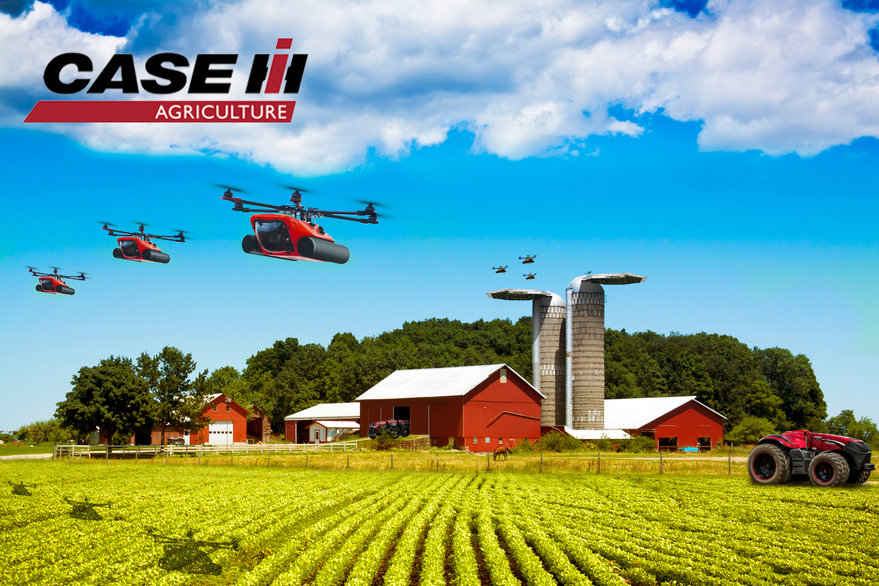 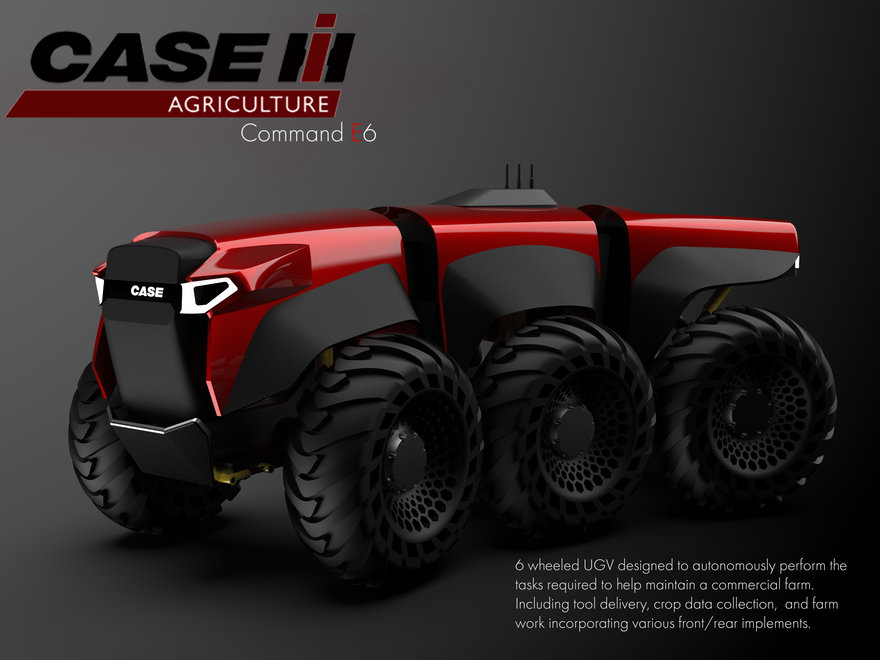 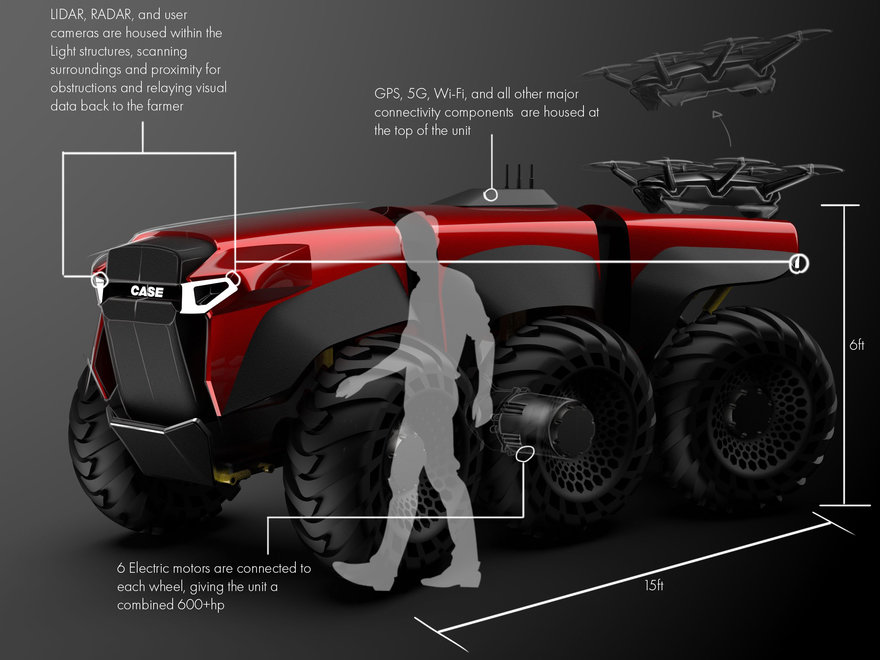 Technologically Advanced
The technology I have crammed into the Command E6 is not completely far fetched, many things are already use in today’s world. Things like airless tires, LIDAR, and 100HP electric motors. 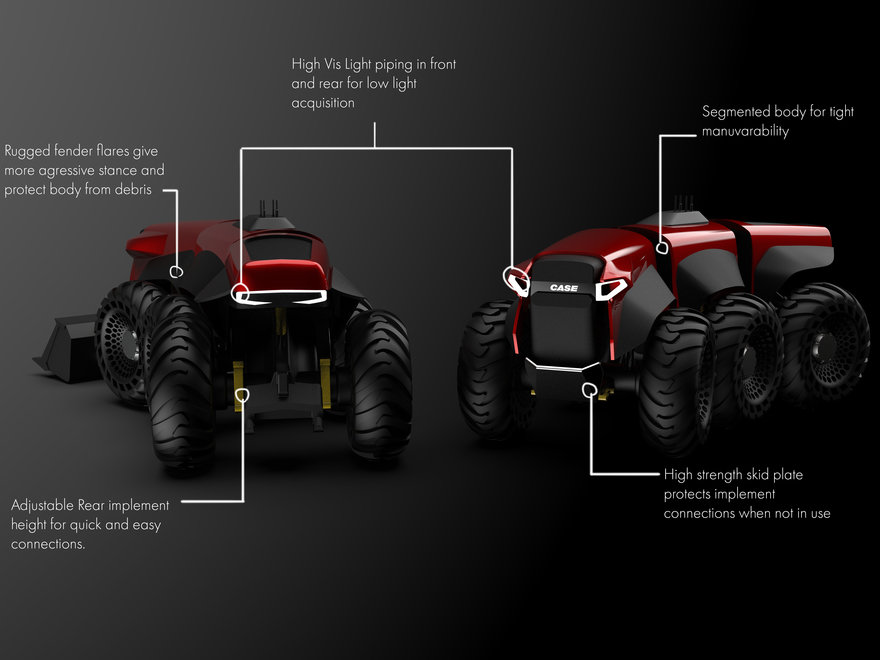 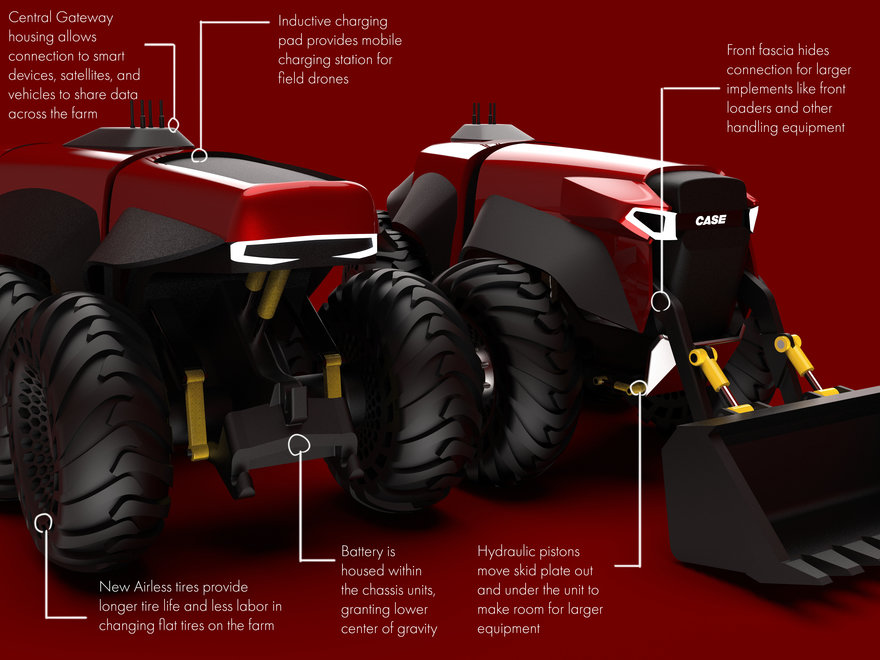 Implement connection
My vision is that future wheeled platforms will either be told, or already know what tool is needed to accomplish a specific task. Here, I’ve equipped the Command E6 with a front loading tool as a visual example to the possibility. 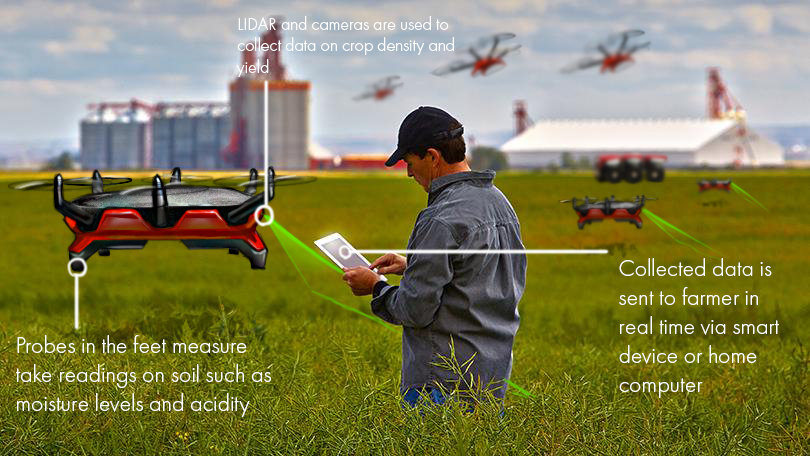 Field Drone
The second part of this unit is the field drone that re-charges at the back of the Command E6, collecting data on crops when not connected. 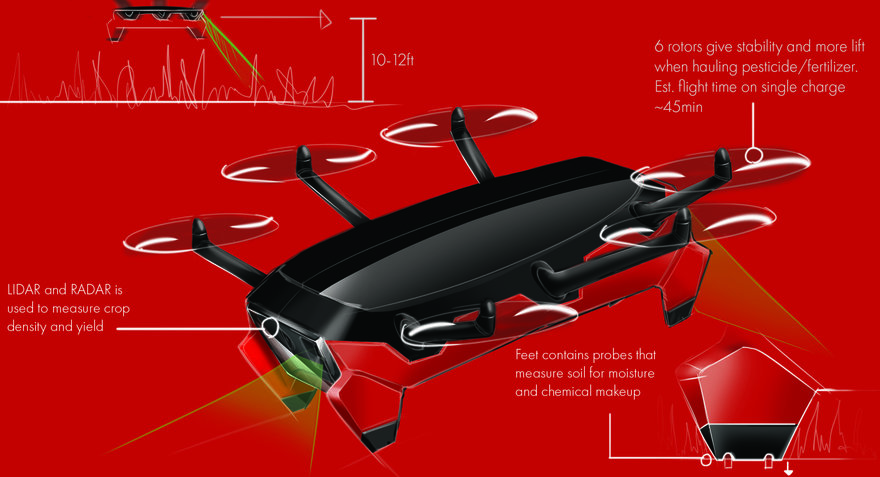 Drone Visualization
This part of the unit is not entirely set in stone, as the options for drones could potentially vary depending on the farmers needs. But here I have sketched out one possibility to explain the uses of a drone with the Command E6. (sorry for the image de-saturation) 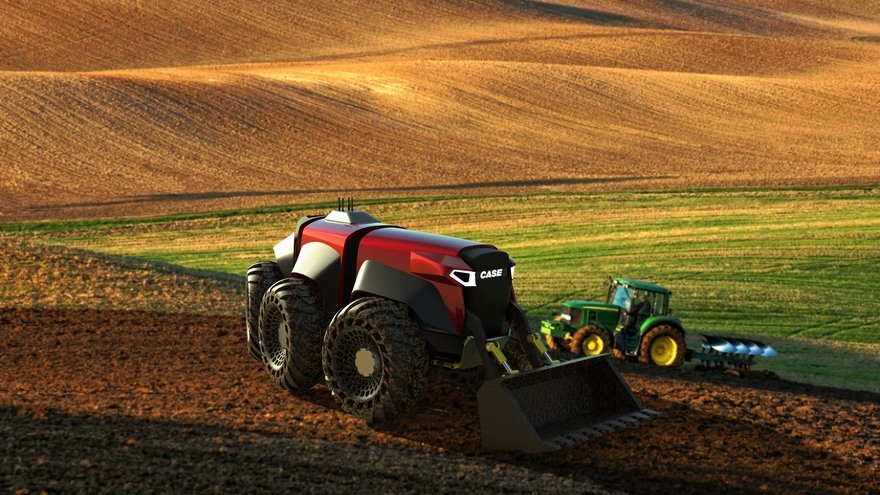 Field Work
Displaying the Command E6 out in the field in the morning doing work alongside the farmers really solidifies the concept. Maybe the Unit is still working from the previous day? 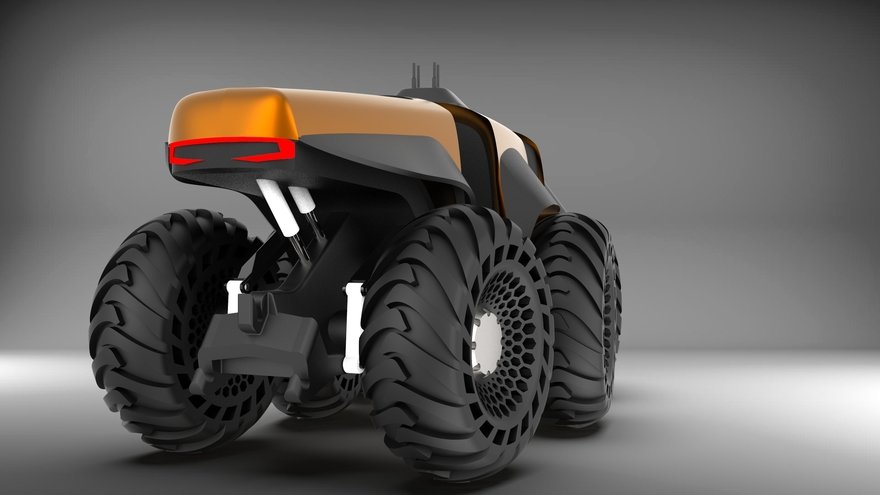 CASE Construction
After the reveal of the Tetra front loader concept, it got me thinking about the applications of the Command E6 for the construction industry? Here are a few visuals with a new color palette to show the flexibility of this unit. 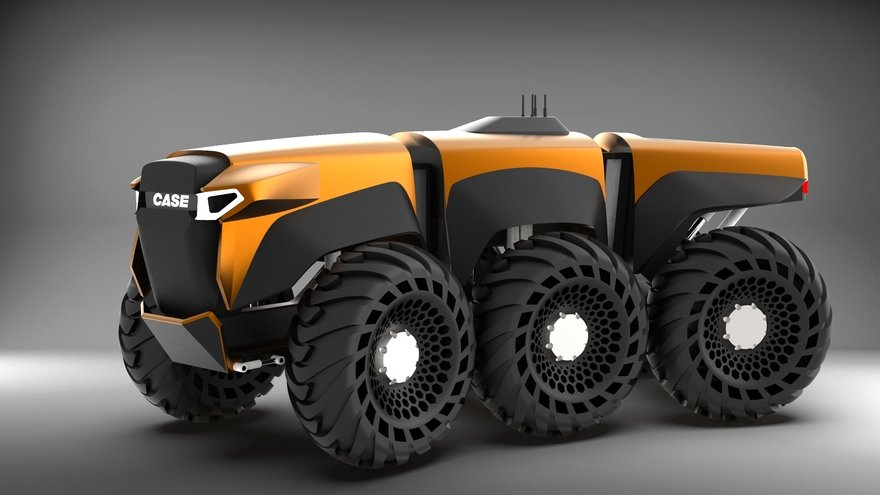