The COFFIRE porcelain pendant light uses used coffee grounds as a coloring material to mimic the texture of marble. The eco-conscious method of staining is inspired by the ancient pit firing technique for pottery making. During the low temperature firing process, the interaction between the biodiesel and the sugar in the coffee grounds, which oxidizes to red matter, forms a random texture on the surface of the ceramics (the surface texture is influenced by many variables, such as temperature, humidity, coffee grounds density, etc).

The aim of the COFFIRE project is to develop an ‘imperfect’ design language, juxtaposing the the relationship between industrial standardized production and craftsmanship. 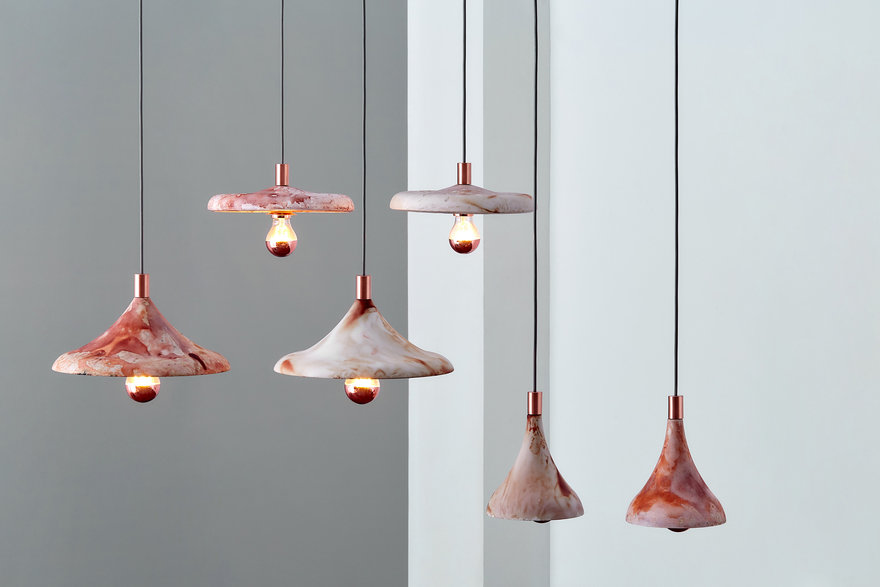 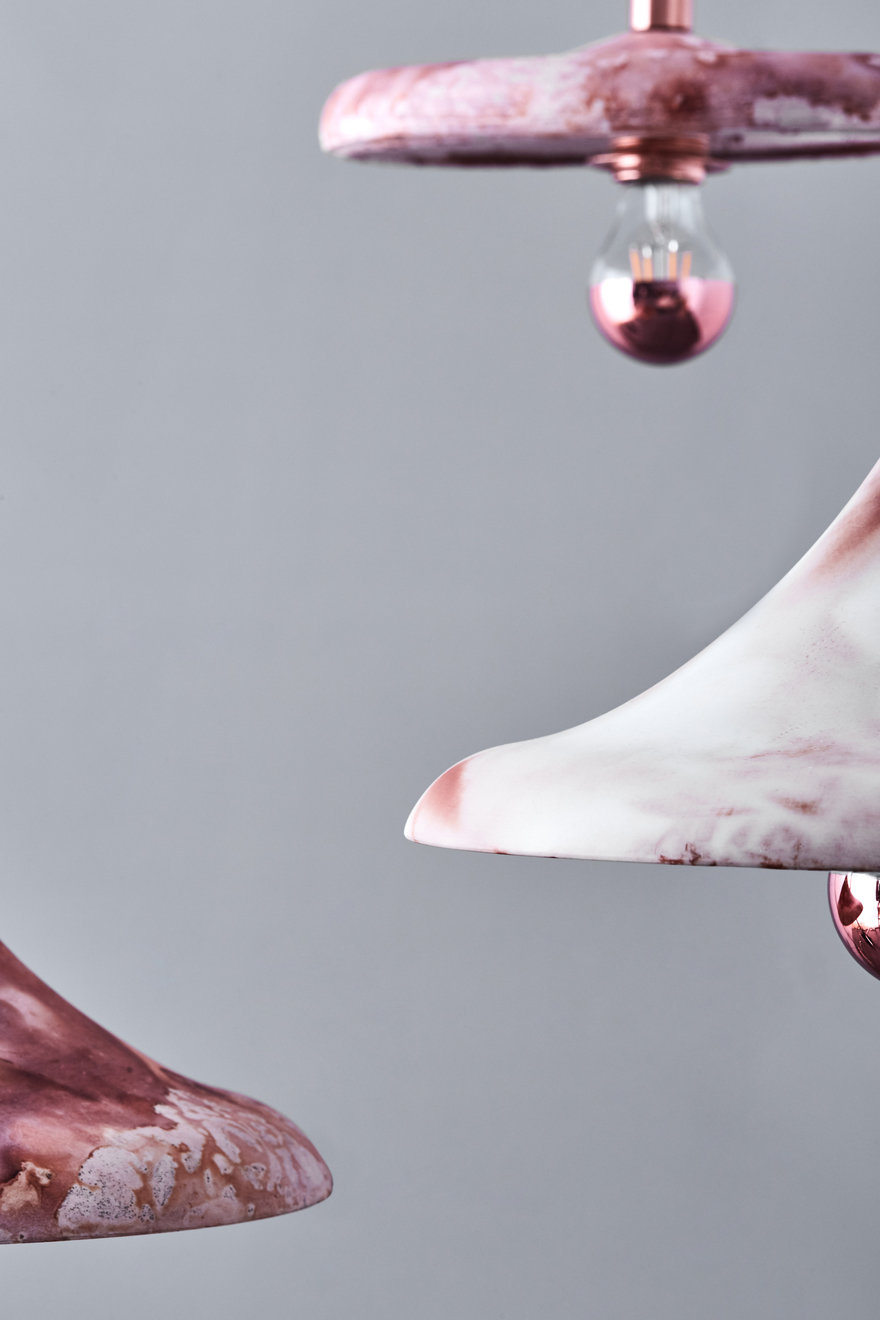 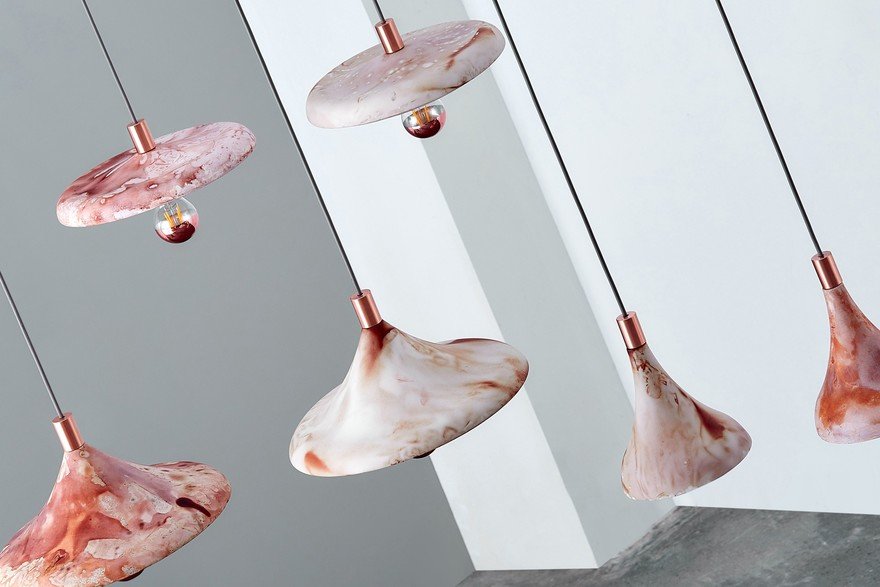 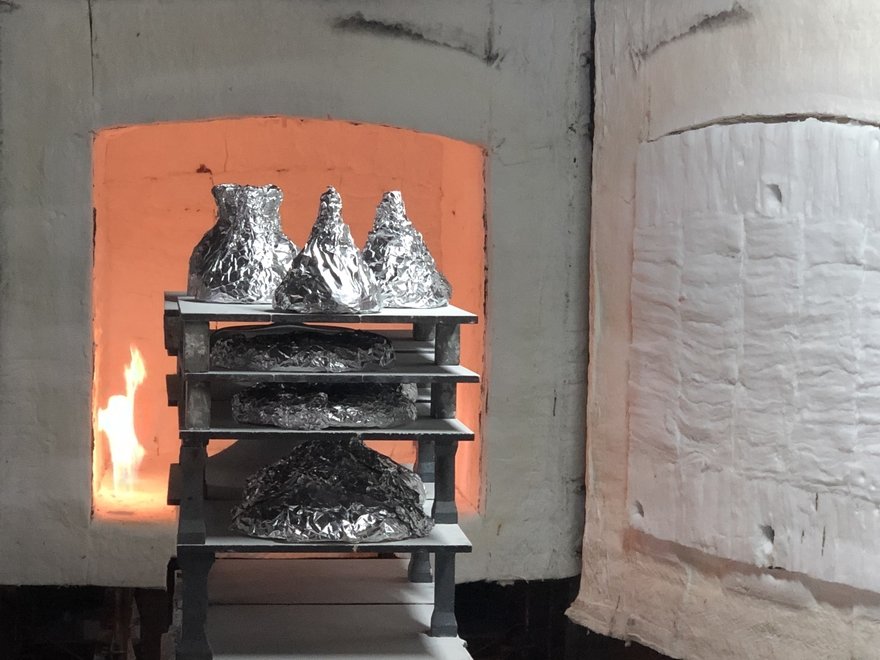 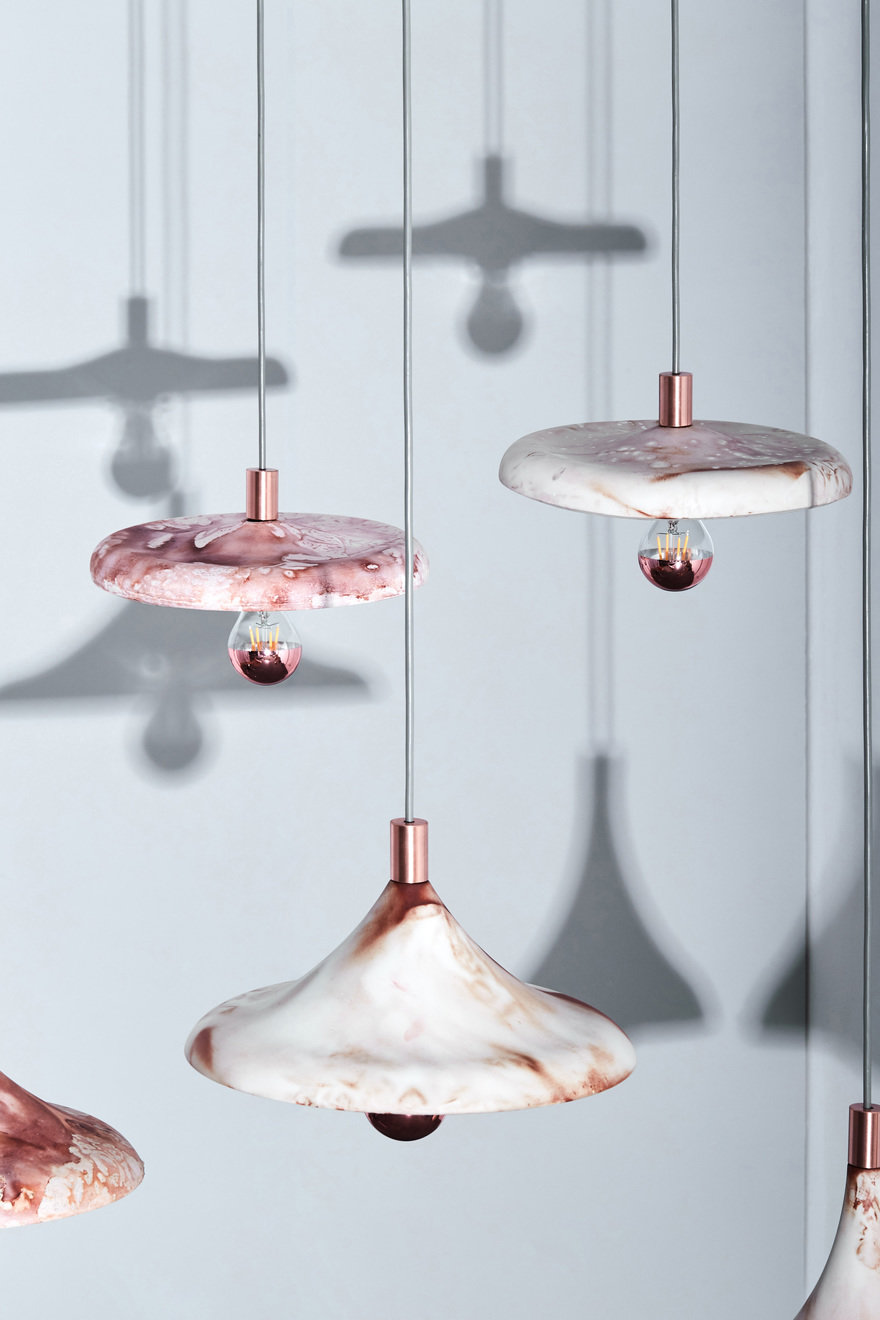 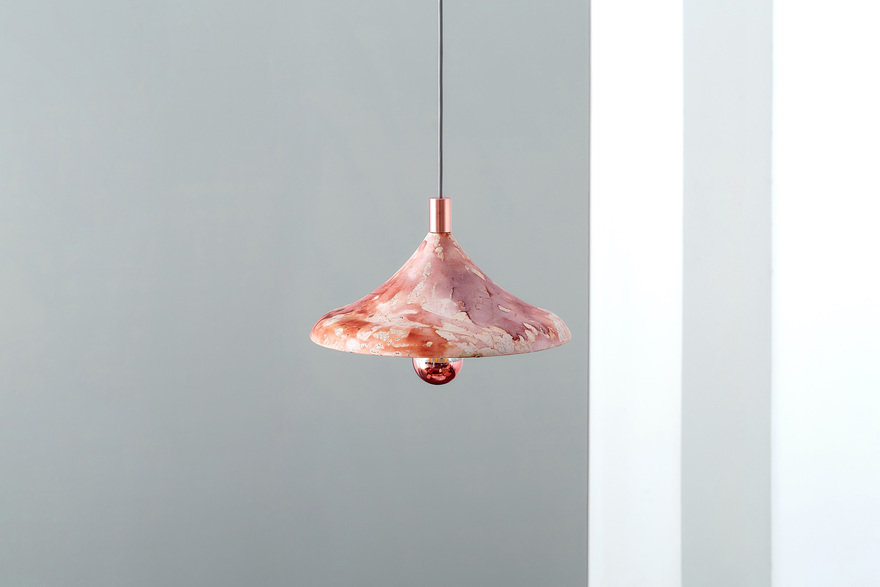 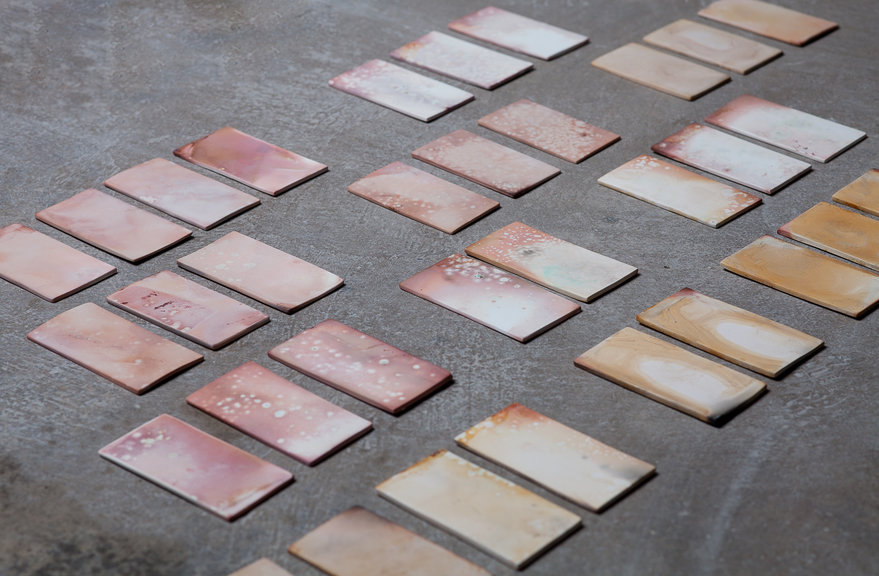 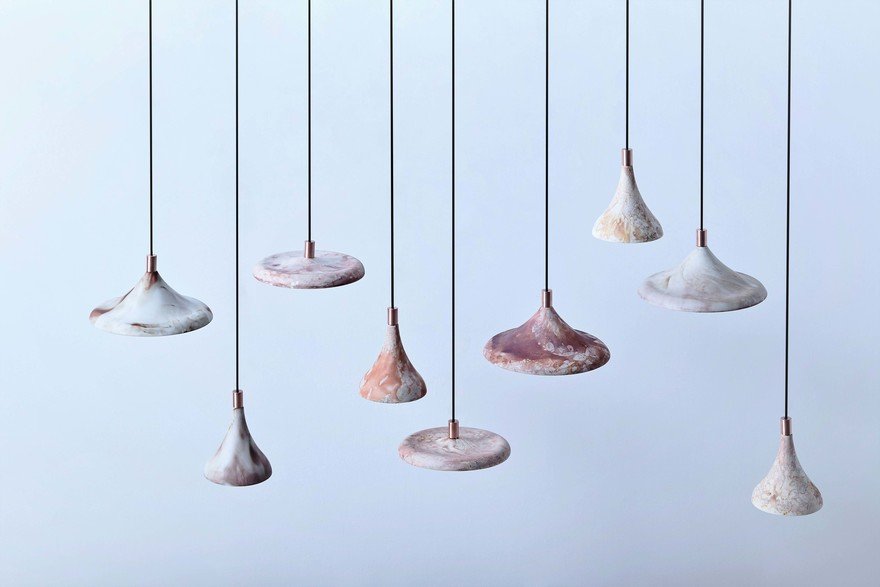 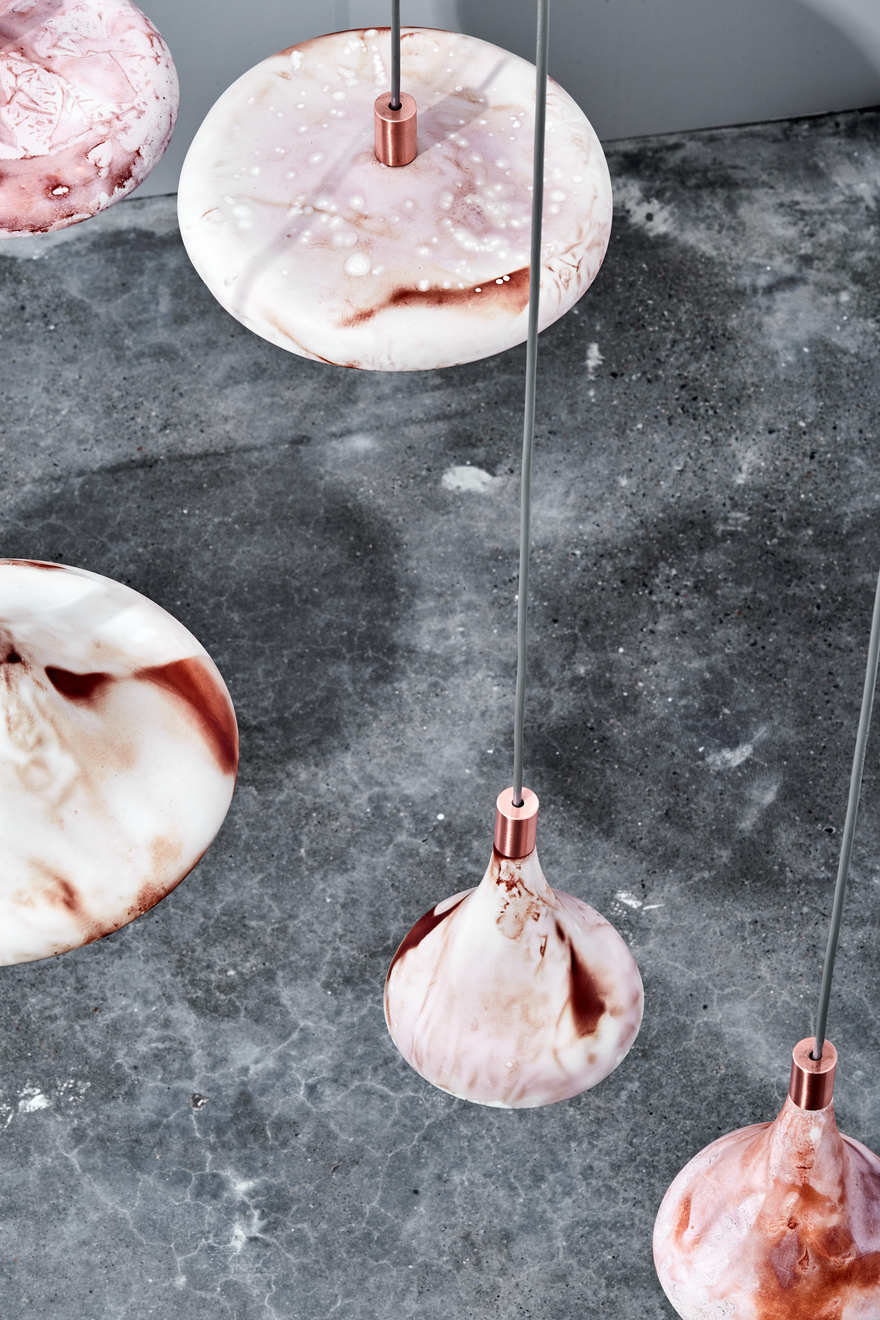 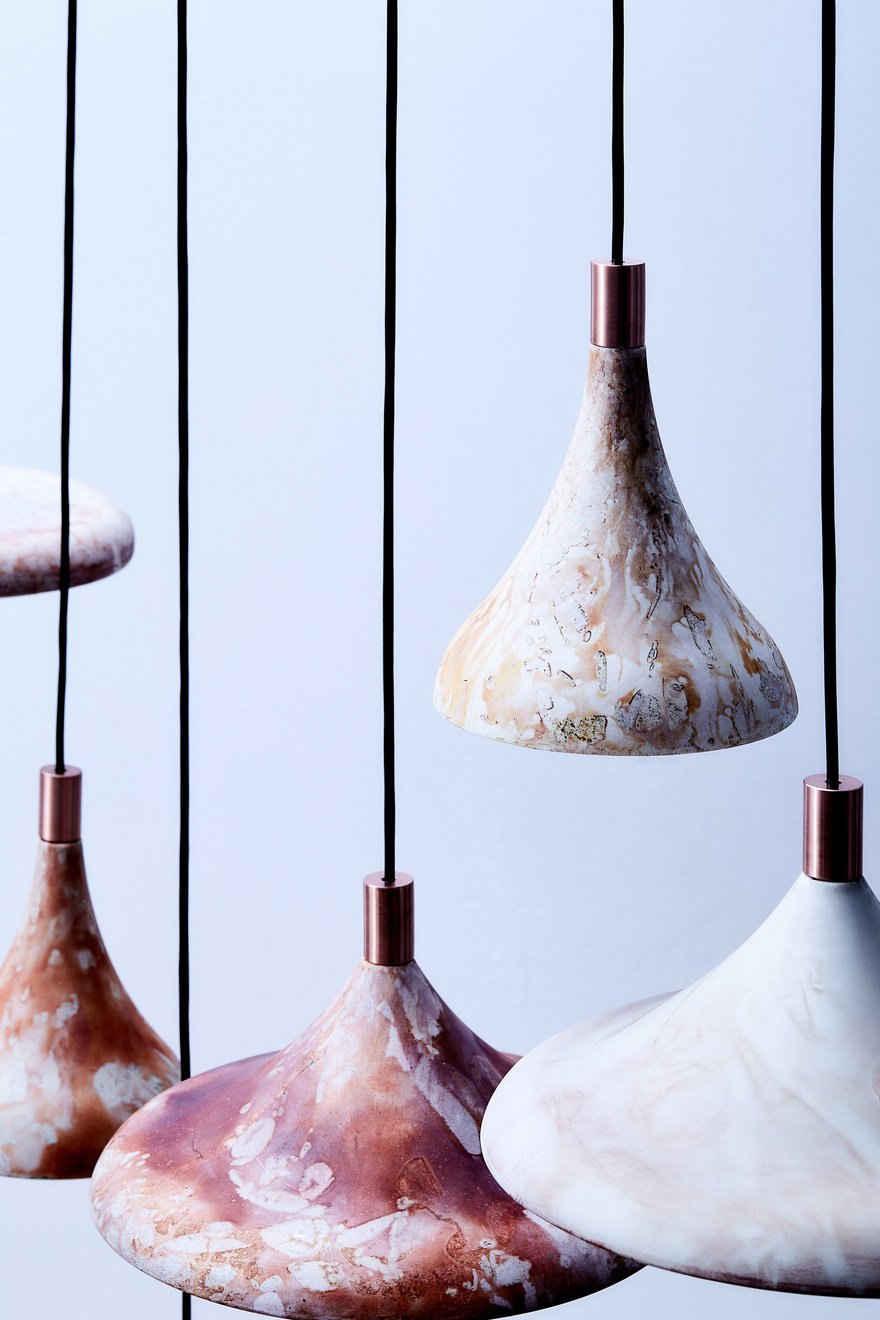