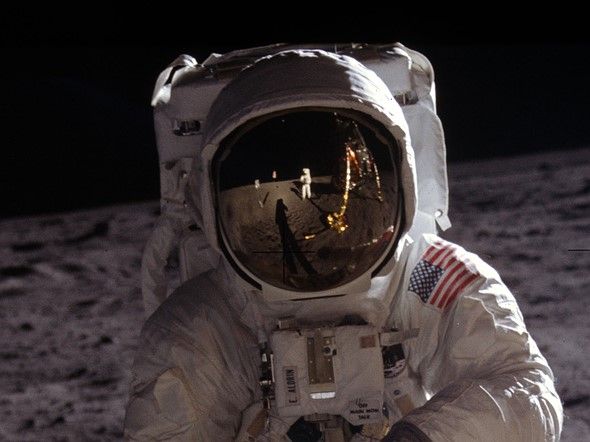 Reddit user Michael Ranger (rg1213) was able to unwrap or flip the perspective of a photo of Buzz Aldrin on the moon during the Apollo 11 mission. Ranger was able to unwrap Buzz Aldrin’s visor into a 2D image so we can essentially ‘see’ what Aldrin saw, and then opened the photo in Google Street View:

Ranger downloaded ahigh-resolution film scan in RAW format, which allowed him to make some edits before creating the panoramic image and video. Ranger sharpened, and color corrected the image in Photoshop. The visors of the spacesuit helmet are gold, so Ranger used the source image to help color correct the mirrored image in the visor. Ranger also ‘added more room in the initial photo crop around the edges of the visor so that when it was unwrapped it would more accurate account for the space in the final image that represents the inside of [Aldrin’s] helmet.’

It’s wild to think that we are getting a new perspective on an iconic image and moment in human history more than 50 years after it occurred. Reddit user SlowCrates writes, ‘It’s kind of eerie. This is an unintended, unanticipated photo. It’s literally people 52 years in the future using modern technology to catch a new perspective of the past. What kind of fancy ways will people be looking at our present 52 years from now?’