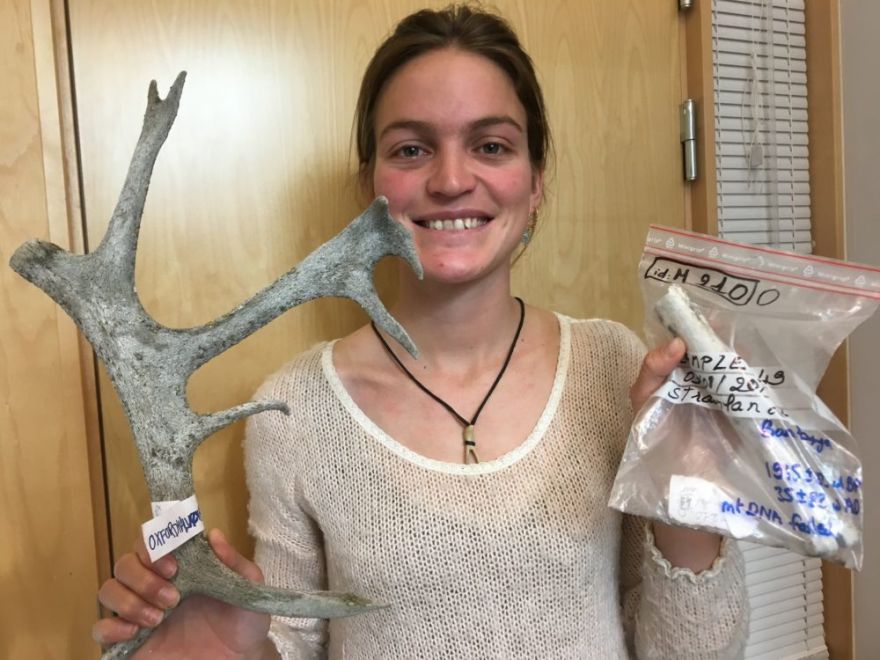 Hooray for wildlife conservation! The Svalbard Reindeer, which populate the Norwegian archipelago, are thriving contrary to the downward trend of endangered reindeer species across the northern hemisphere, says a study published in The Journal of Wildlife Management.

Since 1925, the Norwegian government and scientists have implemented crucial steps to preserve the Svalbard reindeer, the world’s smallest subspecies of caribou and the only living herbivore mammals residing in the northernmost parts of the earth. One successful measure was tighter restrictions on hunting, which almost led to their extinction.

Mathilde Le Moullec (photo above) and her team at the Norwegian University of Science and Technology were able to document over 22,000 reindeer on Svalbard, twice the original estimate a decade ago!

Still, the recovery process for this once over-hunted species is a slow one, and it would take sustained efforts to protect these animals from new anthropogenic and environmental pressures like industrialization, landscape fragmentation, climate change, predation, and disease.

Svalbard’s reindeer are resilient, however. They populated the islands long before humans set foot there in the 16th century, the researchers say. And today, they can be found in the harshest corners of Svalbard, Le Moullec says.

Svalbard reindeer are survivors, but this study shows the real impact humans can have on their population. More action on climate change needs to be taken now to secure their future, Le Moullec says.

As the Jurassic Park tagline goes, “Life, uh, finds a way.” But let’s not forget our role, no matter how small, in ensuring the protection of these animal species.