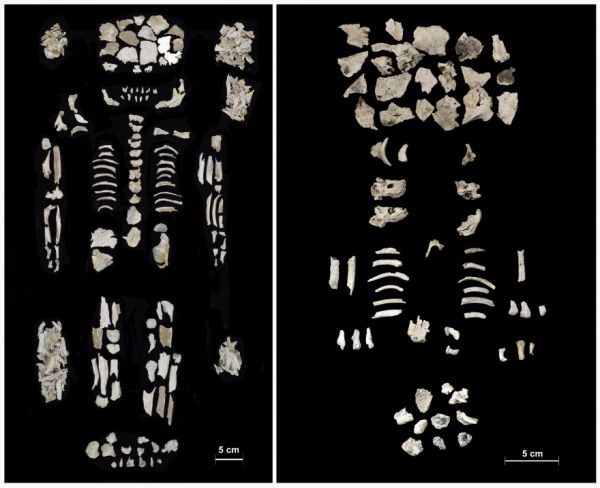 Archaeologists unearthed a couple dozen burials in a Bronze Age cemetery found near Budapest, Hungary. Most of them were urns filled with cremated remains, one of which stood out from the rest: the urn contained the cremains of three people! One was a woman of high status who had died in her 20s, and the other two were her twin fetuses.

Skeletal analysis confirmed that the woman was originally born outside the community, possibly in central Slovenia or Lake Balaton in western Hungary, per Live Science. The researchers came to this conclusion by scrutinizing the strontium signatures in her bones and teeth. Comparing strontium isotope ratios found in enamel, which forms in one’s youth, with those present in a specific region can help scholars determine where an individual grew up.

The woman’s isotope ratios indicate that she was born elsewhere but moved to the region between the ages of 8 and 13, likely to be married into a noble Vatya family. She eventually became pregnant with twins, only to die between the ages of 25 and 35. Researchers are unsure whether the mother died before or during childbirth, but the fetuses’ gestational age was about 28 to 32 weeks.

You may find it astonishing that scientists could determine all that from cremated remains. The methods described in the original science paper go into much more detail on strontium levels across Europe 4,00 years ago, the parts of the teeth and bones that pick up those isotopes at what age, and how they extracted that information from bone fragments. Or you can read the short version at Smithsonian. -via Damn Interesting