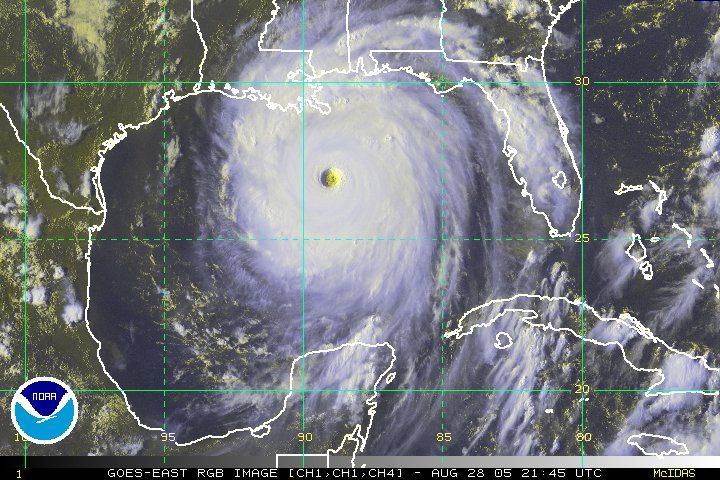 Despite being only the third most powerful storm at that time, this hurricane was among the worst natural disasters in the history of the United States. This hurricane was Katrina, which made landfall near New Orleans, Louisiana fifteen years ago, on August 29, 2005.

After briefly coming ashore in southern Florida on August 25 as a Category 1 hurricane, Katrina gained strength before slamming into the Gulf Coast on August 29. In addition to bringing devastation to the New Orleans area, the hurricane caused damage along the coasts of Mississippi and Alabama, as well as other parts of Louisiana.

New Orleans Mayor Ray Nagin ordered a mandatory evacuation of the city on August 28, when Katrina briefly achieved Category 5 status and the National Weather Service predicted “devastating” damage to the area. But an estimated 150,000 people, who either did not want to or did not have the resources to leave, ignored the order and stayed behind. The storm brought sustained winds of 145 miles per hour, which cut power lines and destroyed homes, even turning cars into projectile missiles. Katrina caused record storm surges all along the Mississippi Gulf Coast.

Learn more about this destructive hurricane over at History.