If you’ve ever wondered what Andy Warhol, Robert Rauschenberg, Jasper Johns, or William S. Burroughs was like in bed, look no further than John Giorno’s Great Demon Kings. In this memoir, completed the week before Giorno died last October, the poet, artist, and one-time impresario of the downtown New York scene has spared no detail—or past lover.

The gossip, like much of the vividly reported sex, is quite hot. Warhol was orally fixated and didn’t like to be touched; there’s a scene of foot worship, too. Rauschenberg’s asshole—which he became “addicted” to opening to Giorno—was “soft, silken, voluptuous.” Giorno also takes credit for permanently enlarging the size of Rauschenberg’s nipples through his loving attention to them. With Johns there’s a lot of morning sex, glossed over with an uncharacteristic lack of specificity, though we’re assured their lovemaking was “wonderful.”

If you fear I’ve given all the juicy parts away, don’t worry, there’s plenty more. Giorno and Rauschenberg first get together after Rauschenberg shows up—heartbroken—at his apartment, in a nearly successful attempt to catch his then boyfriend, choreographer Steve Paxton, in flagrante delicto with Giorno! Giorno also dates Brion Gysin—who hates his Tangier neighbor Jane Bowles! There are plenty of details about art and poetry, too: accounts of openings, performances, dinners, and parties. But taking a cue from Giorno’s own narrative priorities, it seems appropriate to lead with sex. 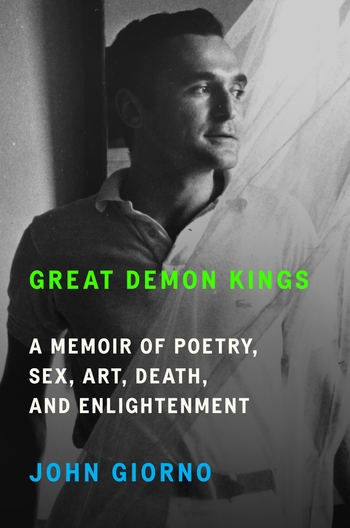 The impulse behind Giorno’s candor is, importantly, not vindictive—perhaps with the exception of how he portrays his relationship with the intensely private Rauschenberg, who once threatened to sue if Giorno included him in the memoir. Still, this book isn’t so much a tell-all out to settle scores as it is an organic extension of Giorno’s unyielding sex positivity. Even those not-quite-idyllic encounters mentioned above are, in Giorno’s account of them, made beautiful. His first time with Burroughs culminates in a spiritual experience (he feels as though he achieves union with death in the moment of Burroughs’s orgasm) and lays the foundation for an enduring friendship. When he and Ginsberg share a cab downtown after the threesome, he describes a moment of “pure transcendent connection” between them.

For a memoir by a gay man who came of age in the mid-twentieth century, Giorno’s book is—like the life it describes—astonishingly free of shame. His parents, well-to-do Italian Americans who worked in the fashion industry, are peripheral but supportive figures. There’s no coming-out narrative here, not even a coming-to-terms with his sexuality, just one mention of a high school girlfriend in the preface and, four pages later, Giorno’s first self-identification as a “gay poet,” during his sophomore year at Columbia. Of his twenty-one-year-old self in 1958, Giorno writes: “I was young and beautiful and that got me what I wanted and all I wanted was sex.”

Giorno’s unabashed celebration of gay sex set him apart from many of his lovers, particularly Rauschenberg, whose calculated reticence he respected (in his lifetime, at least) even as he firmly rejected it for himself. Giorno cites his “Pornographic Poem,” composed of language appropriated from a gay erotic story, as an early career breakthrough. The poem first appeared in Ted Berrigan’s mimeographed magazine C and was later included in An Anthology of New York Poets, published by Random House. Giorno never considered himself part of the New York School, however, and has choice words about a few of its members: in one pivotal scene, Frank O’Hara—who “could be a bitch”—and John Ashbery give a reading Giorno finds so boring that it spurs him on to his subsequent innovations in performance and sound poetry.

Giorno’s not shy about anything in this book, including own his good looks—ample evidence of which Warhol furnished, for example in Sleep (1964), his five-hour-and-twenty-minute film of Giorno sleeping. But Giorno’s pulchritude was also the source of an insecurity unique to pretty people: the fear that he was afforded his early opportunities on account of his attractiveness (and the famous lovers it attracted) rather than his talent, and that those famous lovers would forever overshadow him. Of his rise in the late ’60s, he wonders: “As a young poet, did I deserve it? […] Or was I just a beautiful piece of meat?” Recalling an Anne Waldman poem about visiting Johns in the Outer Banks that makes no mention of Giorno—even though she joined the vacationing couple on his invitation—he writes: “It felt all too familiar: as I had been with Andy, and then Bob, I was edited out of my lovers’ stories.”

That moment might be key to understanding an implicit project of Giorno’s memoir: to reassert his presence, unequivocally, in the record. But an unfortunate consequence of that agenda is how much time and space Giorno devotes to his various lovers at the expense of writing in greater detail about the rest of his life—including his own work. The book’s subtitle—“A Memoir of Poetry, Sex, Art, Death, and Enlightenment”—would more accurately reflect the book’s content if “sex” topped the list.

We get glimpses, of course, of Giorno’s artistic and curatorial practice: “Pornographic Poem” (not, frankly, his best) is reproduced in full; he recounts collaborating with Bob Moog on sound poems using the Moog synthesizer, as well as the comic ease with which a weekend of reputation-making poetry concerts at Central Park’s Naumburg Bandshell in August 1968 came together (“I told the city I wanted to have a poetry festival, and they said, Wonderful, come get a permit”). The most illuminating section on his own work describes Dial-a-Poem, the poetry-on-demand phone service Giorno devised and managed in 1968–69. A single telephone number connected callers to a rotating collection of recorded readings by Giorno and various friends—John Cage, Jim Carroll, and Bernadette Mayer among them—in an attempt to realize Duchamp’s wish to “send art over the telephone.” The original Dial-a-Poem ran for nine months, during which time it became a media sensation, especially after an obscenity complaint, lodged by a mother enraged to discover her twelve-year-old son listening to Carroll’s ribald contribution, led to a brief shutdown. Though Dial-a-Poem has been staged multiple times since (including a 1970 installation at the Museum of Modern Art) and is currently operational at +1 (641) 793-8122, it’s thrilling to read about the first launch—and the technical obstacles Giorno overcame to keep it running. 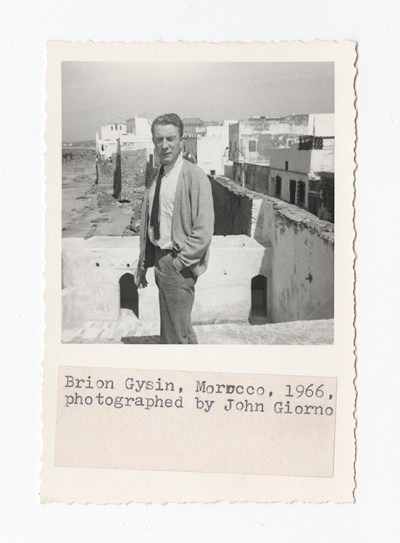 More often than not, however, Giorno’s non-romantic recollections tend to be cursory. He dedicates just two pages to the AIDS Treatment Project, which he founded in 1984 to redistribute money raised through his record label, Giorno Poetry Systems, to people with AIDS. Supported by benefit concerts and artist-donated royalties, the AIDS Treatment Project offered emergency cash grants of up to $5,000; by 1994, it had given  $460,732. In a moment of renewed interest in and support for mutual aid, this initiative seems to merit a longer, more edifying discussion.

Throughout the book, Giorno’s Tibetan Buddhist practice informs the vocabulary and perspective with which he narrates the events of his life; many passages wouldn’t be out of place in a Dharma talk. Of writing his first poem, in high school, Giorno recalls, “When it was finished, I felt very happy—a bright white feeling, a brief moment of bliss. From which comes the words follow your heart.” But his description, in the book’s final section, of traveling to India to meet his root teacher Dudjom Rinpoche, is rather anticlimactic. Even his account of visiting the Dalai Lama (having tagged along with fourteen-month-old Uma Thurman and her parents, notable Buddhists) lacks the vigor of his writing—so rich in passion and psychological insight—about his various love affairs. This might be endemic to the subject matter, or a problem of form. Though Giorno often wrote brilliantly in verse about seeking the end of seeking (see: “Grasping at Emptiness,” “Thanx 4 Nothing”), this paradox conforms less tidily to the conventions of narrative.

Giorno’s memoir is an incomplete self-portrait, even as it offers intimate perspectives on the great demon kings—“people controlled by their big egos”—he loved. Perhaps it’s meant to be a compliment that his partner for the last twenty-two years of his life, the artist Ugo Rondinone, is relegated to the brief epilogue. While anyone interested in the avant-garde circles in which Giorno was so enmeshed will find plenty to savor and be titillated by within, an unfamiliar reader could, I fear, come away from this book without a sense of what a truly mesmerizing performer he was. I suppose there’s YouTube for that. And, even as some of what motivates Giorno in this book seems to be a desire to edit himself back into his lovers’ stories (and claim responsibility for Rauschenberg’s “hog tits”), perhaps what’s lacking—a greater emphasis on his own art, curation, and organizing—is evidence of his approach, from another angle, of enlightenment. As he writes on the very last page: “I believe and feel in a soft way that I have lived a failed life because all my accomplishments were based on the force of my ego. I have one more really important thing to do, and this is to die.” Those of us who loved him only from afar are fortunate he graced us with this final word first.