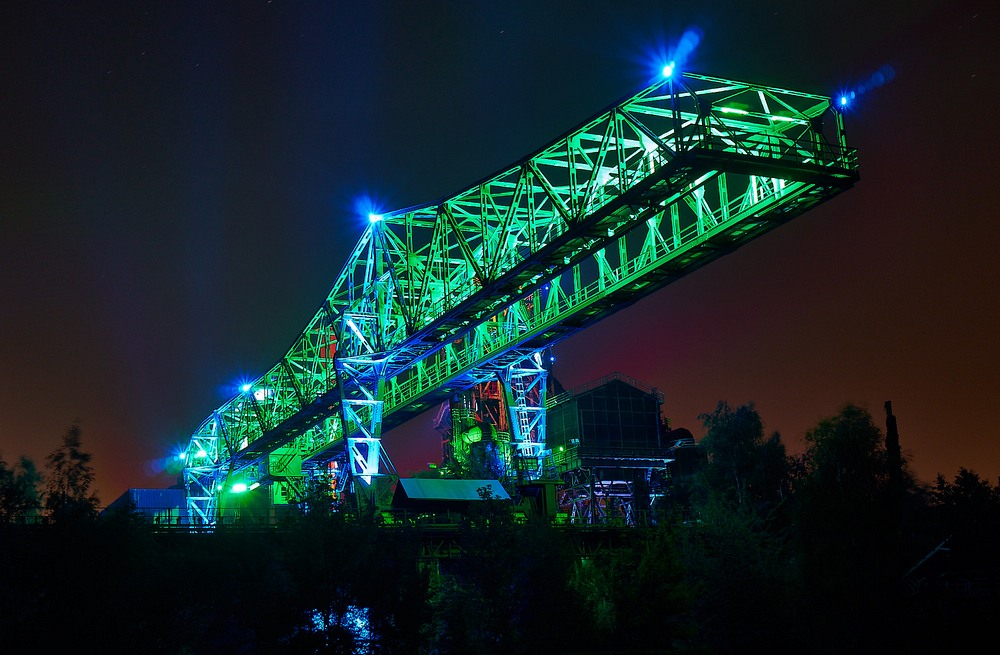 Landschaftspark, or “landscape park”, of Duisburg-Meiderich, Germany, was once an industrial site that was adapted and transformed into a stunning public park by the design firm Latz + Partner in the early 1990s. Attempt was made to preserve as much of the existing site as possible. Giant blast furnaces and loading bridges of the former coal and steel production plant still looms large above the rusting iron plates that were once used to cover casting molds in the pig-iron casting works. The waste water in the open canal was replaced by clear water. Bridges and footpaths were added. Where the heavily contaminated sintering plant once stood, is now a flourishing meadow and a shady grove. The entire park is a huge festival place where as many as fifty thousand people gather during festivities.