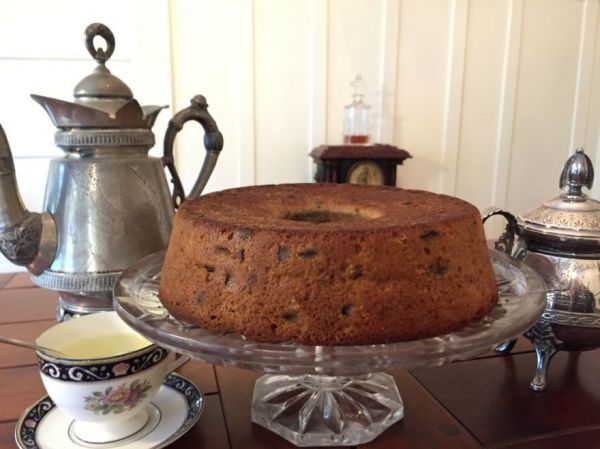 Maia Surdam is a historian who runs a bakery. As such, she is delighted to bring back recipes from history. In 2016, she spurred a revival of the Election Cake, a traditional American recipe for an enormous cake shared at the polls in the early days of the United States, by selling them from her OWL Bakery in Asheville, North Carolina. The original was found in the first American cookbook, American Cookery, published in 1796.

American Cookery’s recipe calls for 14 pounds of sugar, 12 pounds of raisins, and oodles of spices, along with both wine and brandy for flavor. These rich ingredients, expensive and rare when the book was published, speak to how Election Day used to be celebrated. Early Americans, flocking to town from their rural homesteads to cast their ballots, treated the occasion like a party, with the alcohol and food to match. Women, who at the time were denied the vote, provided refreshments to voters in the form of a dense, buttery cake, flexing political power in the only way allowed to them.

Election Cake, presumably a smaller version, was a hit during the 2016 presidential election. This year, you can make the recipe yourself, although it might be a little late for election day if you soak the fruit in booze for the recommended time. But hey, the holidays are coming! Read the history of Election Cake and get the recipe at Atlas Obscura.

The 10-Year Hunt for the Lost McDonald's DS Game

Dog Protects Soldier As He Naps At The Airport

House by the Pond Is an Escape to Nature in South Bohemia, Czech Republic