It takes a village to raise a child, and it takes a team of 22 unrelated animators free-associating their thoughts on the Rick and Morty universe to top the wild shit we’ve seen on Adult Swim’s hit series. In the four and a half-minute clip, released as a wacky promo for the show’s return on July 30, Morty breaks one of Rick’s experiments and they begin shifting realities faster than you can shoot a portal gun.

Matt Taylor of Titmouse directed the film, giving 22 animators near carte blanche to remix godlike, alcoholic super-scientist Rick Sanchez and his nervous, adolescent grandson Morty into new adventures. “The only rule was to include Rick and Morty,” he tells Creators. When designs and boards started rolling in I was blown away by these diverse interpretations and pure representations of each artist.”

James Kerr, who animates cut-up Renaissance paintings into goofy GIFs under the name Scorpion Dagger, contributed a scene inspired by the temptation of St. Anthony. “I got the low down on it being done exquisite corpse and was told that I would have to animate from someone’s final frame, and the following person would do the same from mine,” he says. “That’s pretty much all I had to go on.” 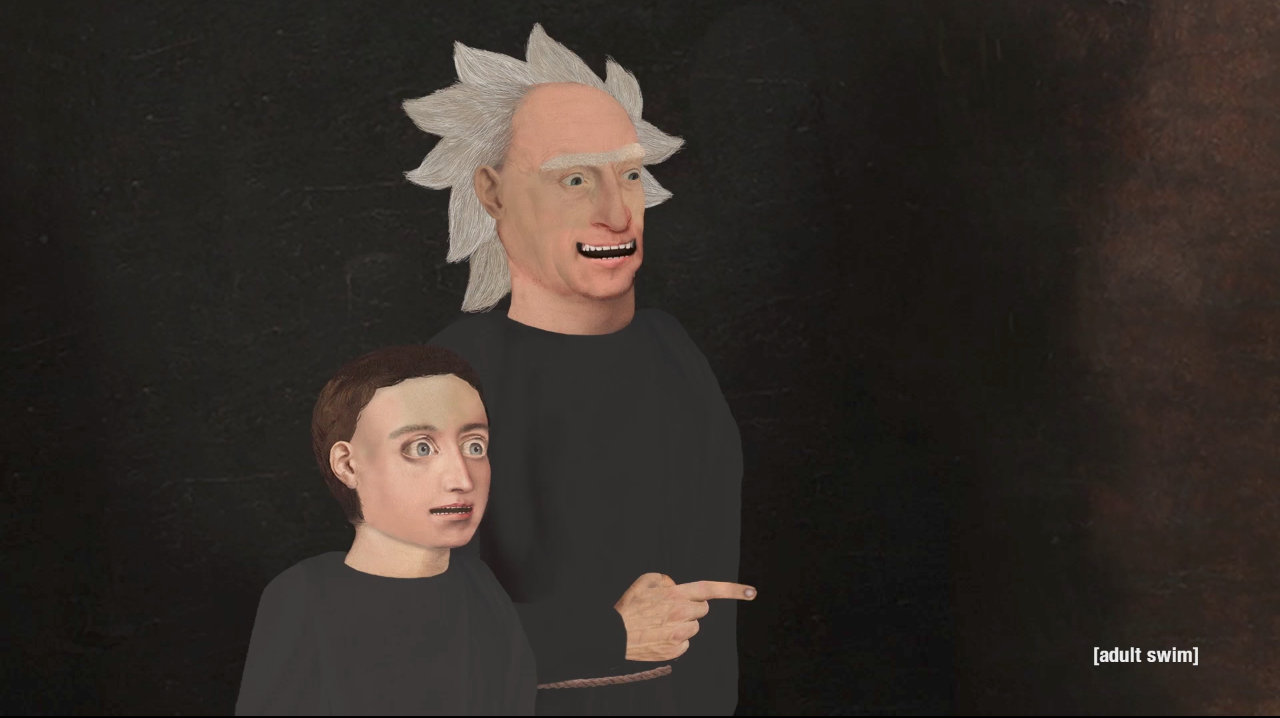 Animators took advantage of this freedom to explore open Rick and Morty’s relationship. They fight in a gladiator-style arena, get plastic surgery together, and become cubist masterpieces. Rick transforms into a lion and Morty rides him like a horse. Rick transfigures into a pigeon and Morty feeds him breadcrumbs. Morty falls asleep and Rick protects him from zombies that look like his mom. Morty’s family holds him down on a rock as Rick drives a knife into his belly, initiating a human sacrifice that transforms the world into a void filled with Aztec monsters. When the hallucinations fade, Rick explains, “It’s acid, Morty. Pure L-S-D.”

The whole epic journey, which is worth at least four or five watches, is scored by the Run the Jewels track “Thursday in the Danger Room (instrumental version)” from RTJ3. In reaction to the film, Rick and Morty co-creator Dan Harmon wondered on Twitter, “Okay now what are we supposed to do in Season 3 that lives up to THIS?” We’re looking forward to finding out when new episodes return to Adult Swim on July 30.

Rick and Morty Season 3 returns to Adult Swim on July 30.

The Painful Secret Behind Rick and Morty’s Boozy Burps