We often complain about our parents. We love ’em, yes. But every time you end up in the same room, something snaps and you’re back at square one, briefly thinking, ‘God, I hope I don’t turn out just like them.’ And yet… No matter what, there’s that weird thing called ‘unconditional love’ — the foundation of every parent-child relationship.

Sadly, there are some cases of parents that can’t accept the fact that their child didn’t turn out “normal,” just like them. Which is also one of the reasons why people from the LGBT+ community tend to have a “higher rate of health and mental health problems,” according to some studies.

As this 28-year-old gay man shared in his story, unconditional love is not something he experienced from his conservative parents: disowned for being homosexual and cast out from the annual Christmas gatherings, u/upsettingfamilydrama could no longer keep the truth of why he always “had to work” during the celebration, so when his little niece asked, he answered.

Little did he know his genuine honesty would turn his whole family against him. Blamed for involving his sister’s little daughter in this, the man turned to the ‘Am I The A-Hole’ subreddit to see if he truly did something wrong. 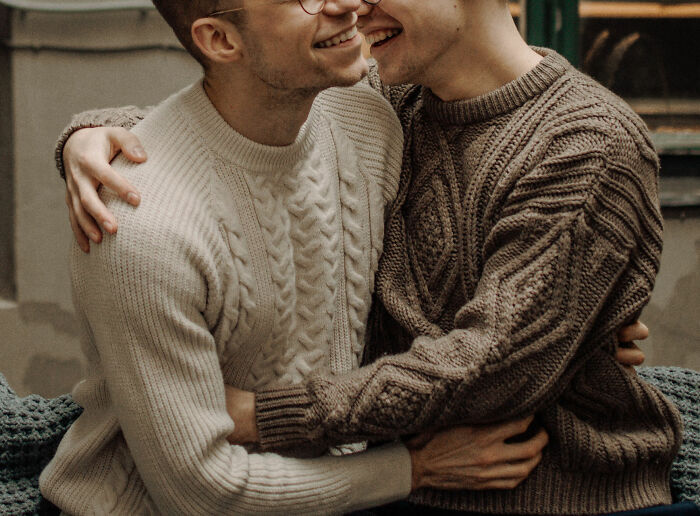 And all he did was tell the honest truth 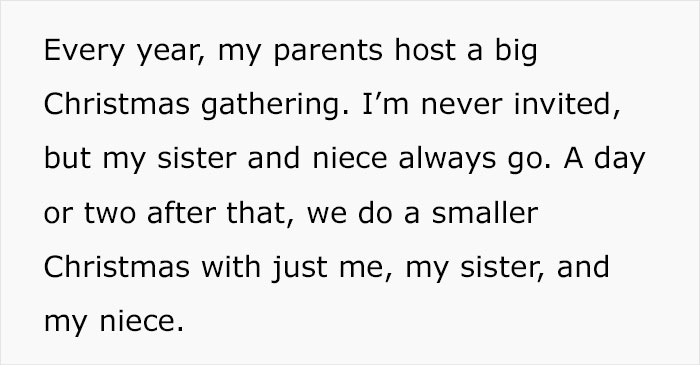 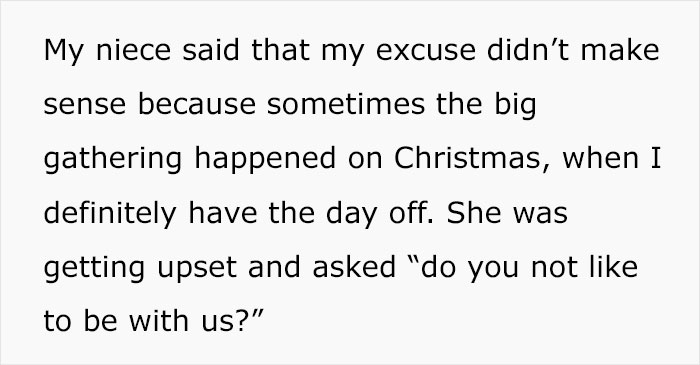 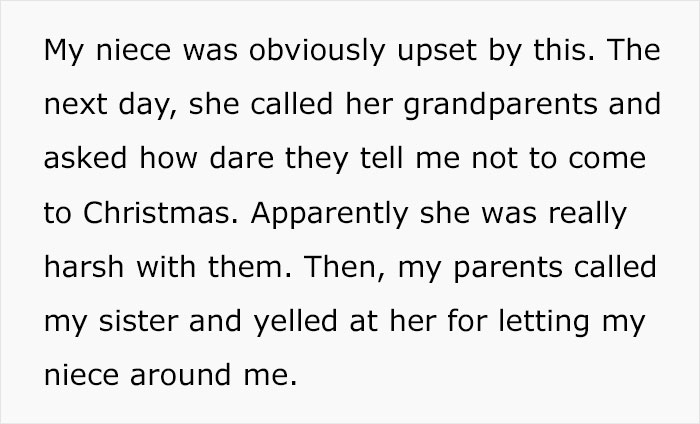 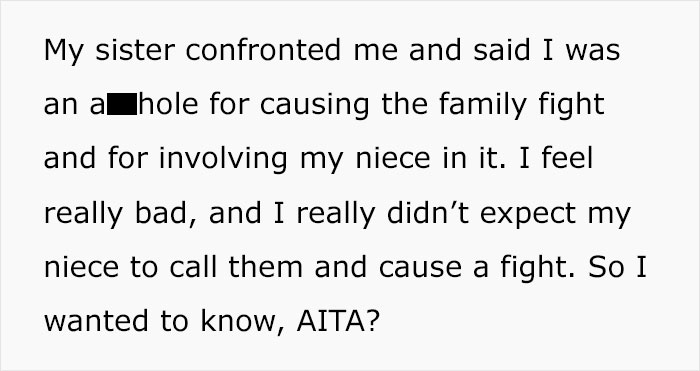 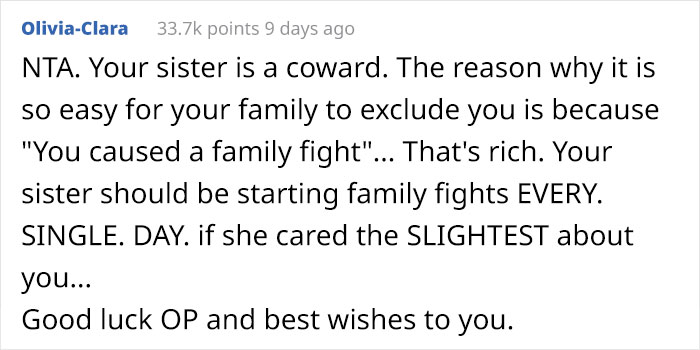 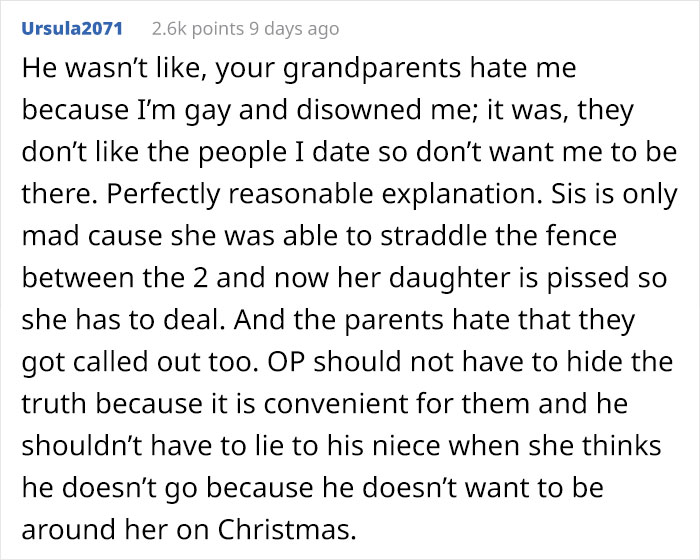 Although the times are changing with more and more American adults being okay with their children ‘coming out’, according to recent studies, the truth is far less pretty — to this day, not every parent can accept their children the way they truly are. No matter the shape, form or gender.

Speaking about this universal issue with Michael LaSala, a practicing psychotherapist specializing in LGBTQ+ community and the author of ‘Coming Out, Coming Home: Helping Families Adjust to a Gay or Lesbian Child’ (a real testament to how much conditions for gay youth have shifted), an openly gay man himself with a husband of 32 years, we learn that u/upsettingfamilydrama’s case is far from being the first in LaSala’s 30+ years of experience.

“The general rule when working with children is that you tell them the truth when they ask for it,” LaSala told Bored Panda, before adding a reminder that each case is different and to fully dissect this situation in the most beneficial way, he would have to know more about each person in the story. Therefore, he believes that the niece was ready for the truth and the real enemy in this story is not the author but “the homophobia in the family.” LaSala then pointed out that the 10-year-old is “one of the healthiest people in this whole scenario” since she was the only one who addressed this problem. Go, niece! 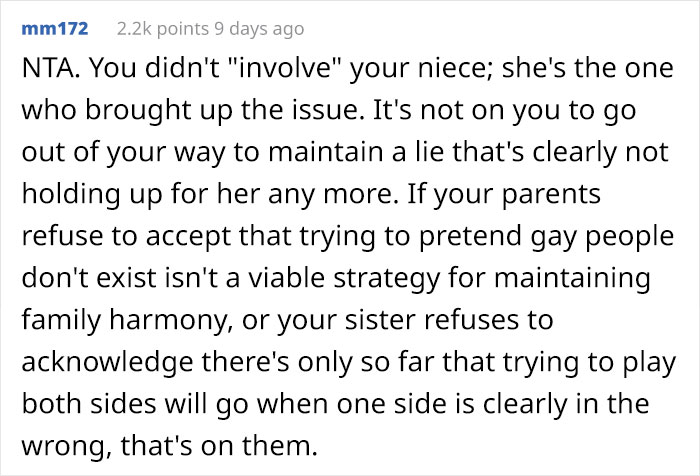 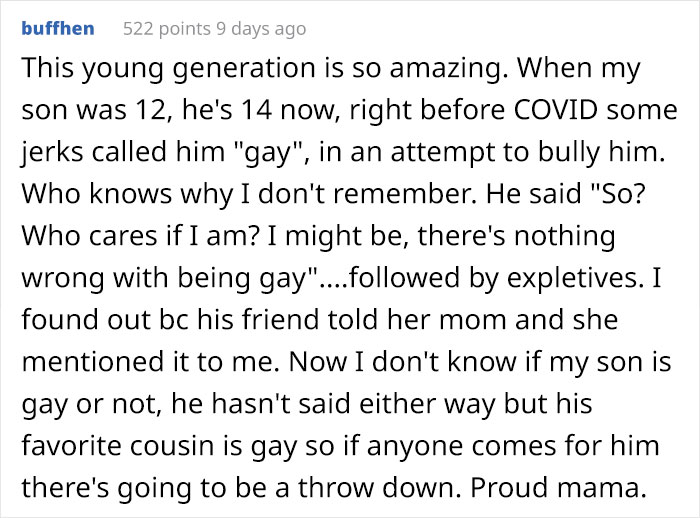 The world is as complicated right now as it never was before. That’s what we are reminded of during our conversation with Dr. LaSala. “Niece is in a complicated situation, and this won’t likely be the first or last time she will encounter a grey area,” he told us. Although LaSala is not so judgmental of the author’s sister who chose the easier way out of this situation — unlike some of the harsher responses from the internet — he believes it’s never too late for her to do what’s right.

“One of the things the sister could have done is say, ‘mom and dad, you’re wrong about this and you’ve put us in a very awkward position where we have to have separate Christmas, and my daughter’s very confused [because of it]’ — but it’s never too late,” LaSala said.

However confusing this may be for the 10-year-old, she might be the catalyst for some changes in the family. Young people are nosey, after all. They like to ask questions. LaSala agrees, adding that this needs to be a team effort. First step — change of approach. “I would advise the author to do it from a position of strength, not a position of ‘did I do the wrong thing?’” 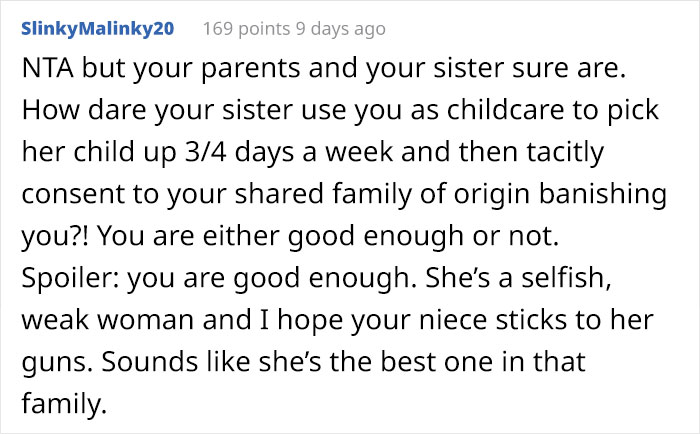 What about the parents? What are the chances that they will one day relent to their son’s true identity and accept who he is? LaSala advises that there’s still hope to fix the relationship, but only if the parents are willing to help. “Maintain some minimal content — a call once in a while, a Christmas card saying, ‘I know we don’t really talk much and we have some disagreements, but just wanted to let you know I still love you’. So if, and when, the parents do come around, there’s no obstacle to climb over of long-term distance and hostility.”

It’s an unfortunate reality, one that a lot of LGBTQ+ folks have to deal with. And LaSala understands that being a better (wo)man won’t change who your parents are. That’s why it’s sometimes for the best to start creating a family of your own — one that will accept you for who you are. To that LaSala said: “I hope he’s doing that right now.”