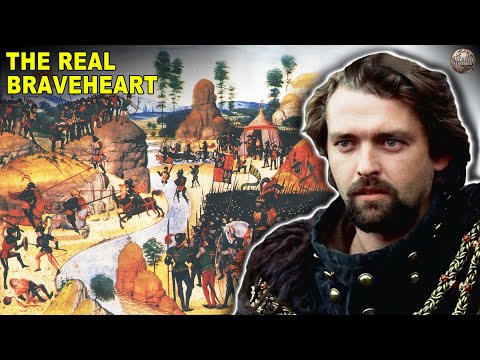 Surely you’ve seen the 1995 movie Braveheart. It was an exciting war film, but pretty much bunk as far as a historical drama goes. Even the title Braveheart was a deviation from history, as that nickname belonged not to William Wallace (portrayed by Mel Gibson in a kilt), but to Robert the Bruce. Robert’s life had its ups and downs, as he fought for Scottish independence, lost his best friend Wallace to a punishment worse than shown in the movie, crowned himself king, killed a rival in church, hid out in a cave watching spiders, and returned to battle England’s King Edward II.

Angus Macfadyen played Robert the Bruce in Braveheart, but since Robert’s story continues long after Wallace’s, this video also uses pictures of Chris Pine, who played Robert in the 2018 movie Outlaw King. But the story of how Robert earned the nickname Braveheart only comes later in the video, and very late in Robert’s story. -via Digg