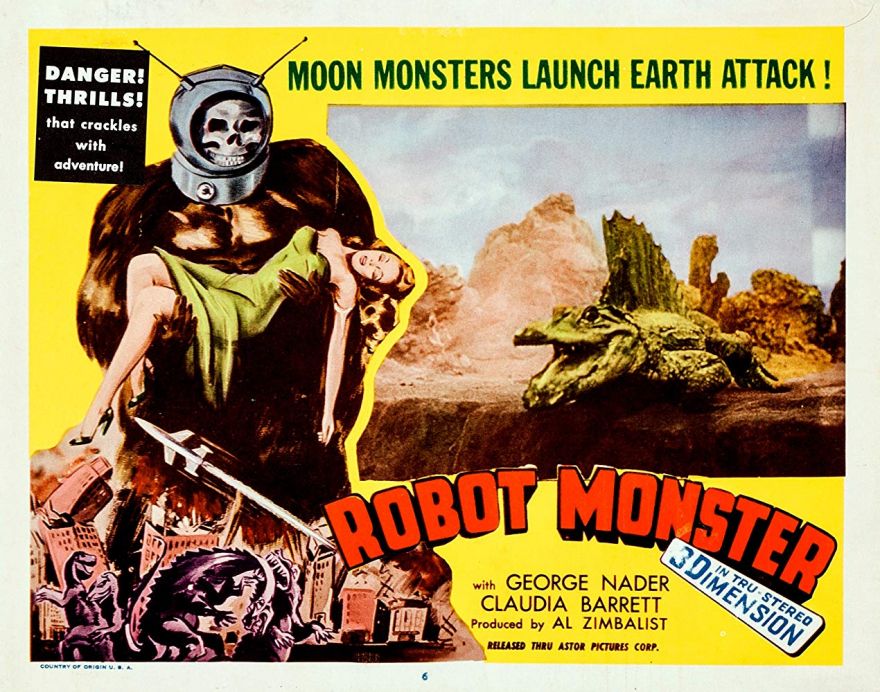 The 1950’s saw a huge rise in science fiction films entering the consumer market, as drive-in theaters were – everywhere – and said market was insatiable. The Atomic Age had begun, opening whole new vistas for filmmaking, and the movie studios of that decade produced sci-fi classics such as Forbidden Planet, THEM!, Godzilla, and many others. They also produced films such as Plan 9 From Outer Space, a movie that is so bad that it is actually good, and then they produced – Robot Monster.

This is a film that is so awful that it has to be seen to be believed. A true B-movie (or b-movie, in this case), it clocks in at just over an hour long. And what an hour it is! So much has been written about this film elsewhere that there really is nothing to add, and so I will just quote from the IMDb:

If you could pick one single movie which fueled the bad sf/horror movie cult popularized by The Golden Turkey Awards and ‘Mystery Science Theater 3000’ then ‘Robot Monster’ would be it. Ed Wood’s ‘Plan Nine From Outer Space’ is probably better known to mainstream audiences, especially since Tim Burton’s fantastic Wood biopic, but ‘Robot Monster’ is just as good/bad, and the image of a lumbering goon in an over-sized gorilla suit with a diving helmet and antenna has become an iconic symbol of z-grade sci fi. Even people who don’t know Ro-Man’s name recognize his likeness and giggle. ‘Robot Monster’ isn’t as inept technically as Wood’s worst movies (especially his astonishing ‘Glen Or Glenda’), but the script is as dumb as they get, the actors are wooden at best, and the not-so-special effects are laughable. What really makes this movie legendary is the "robot monster" himself, Ro-Man. You can’t help smirking every time you look at him, and when he pontificates on life and love the movie enters a new dimension of trash par excellence. And just dig that bubble machine and the use of stock dinosaur footage! Plus a score from (can you believe it?) Elmer Bernstein. ‘Robot Monster’ is a movie I never tire of watching. I still get a big kick out of it every time I see it. To say that it is absolutely essential viewing for anybody interested in cult movies is the understatement of the century! ‘Robot Monster’ is after all the movie that gave the world the term "psychotronic".

Below is embedded a YouTube video of the actual 1953 trailer for this film, which also has to be seen to be believed. Following that is a video of the film itself; watch and be amazed.

I can’t help but add the review of this film from badmovies.org, which is itself a classic of its kind. See for yourselves what bad sci-fi films were like back in the days when a bottled soft drink cost a nickel. 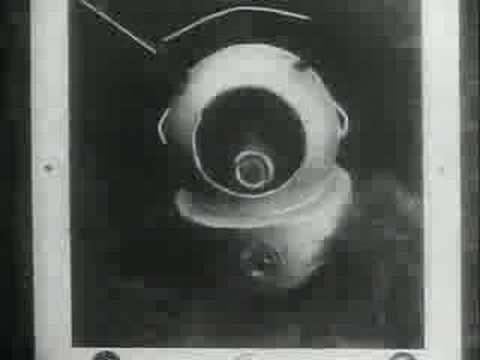 The official trailer for this film. And then they expected you to pay to see it anyway.