Sharing a place with other people can be a great way to save money on housing, but it can also be a source of conflict if roommates don’t get along. Which is exactly what happened to Reddit user Nymyane_Aqua.

She had been living with two women and everything seemed more or less fine, but one of them decided she wanted her boyfriend to move in and they started colluding against the Redditor, using the dirtiest tricks in the book to get her to leave.

Luckily, Nymyane_Aqua had the landlady on her side. She navigated the situation beautifully, and it must’ve left the roommates regretting their actions. Continue scrolling to read the woman’s post on ‘Malicious Compliance‘ where she describes how it all went down.

This woman was driven out of the house she lived in 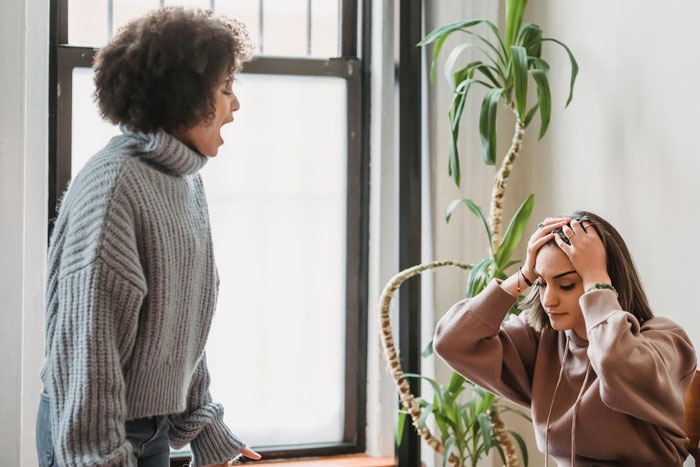 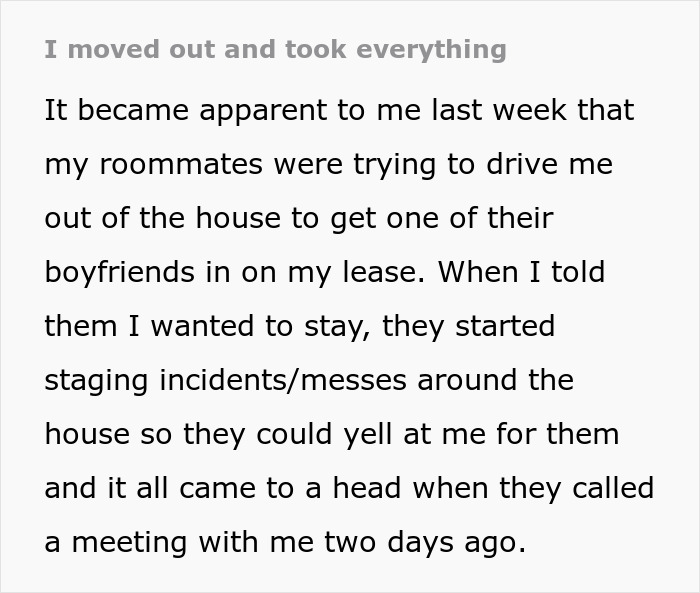 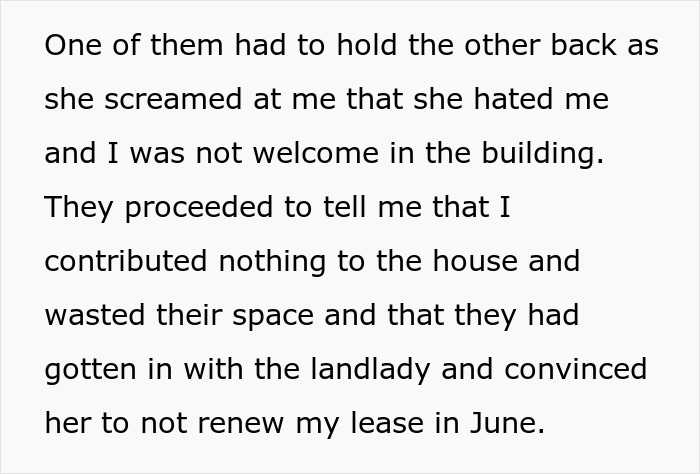 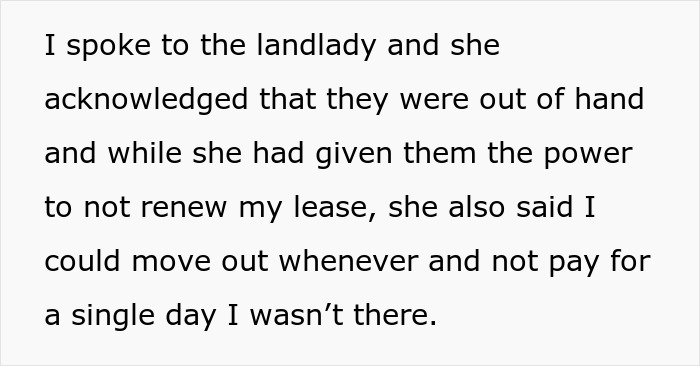 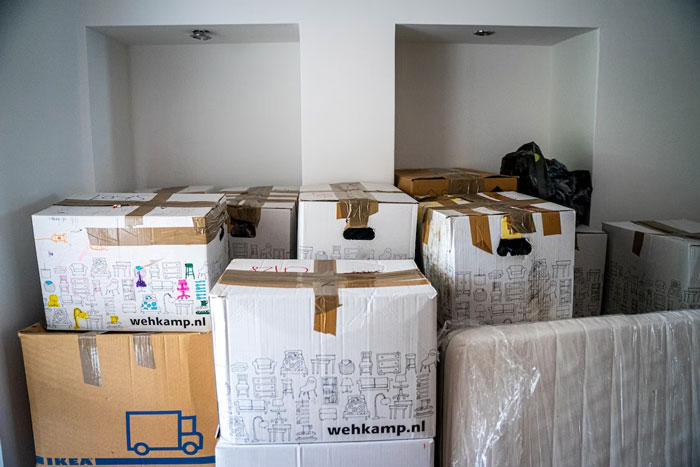 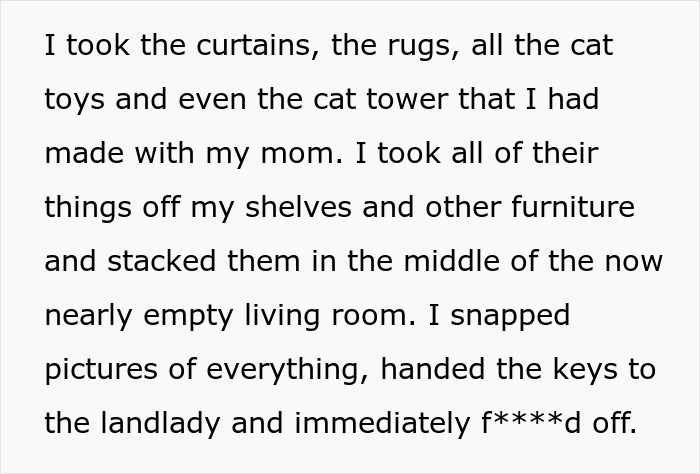 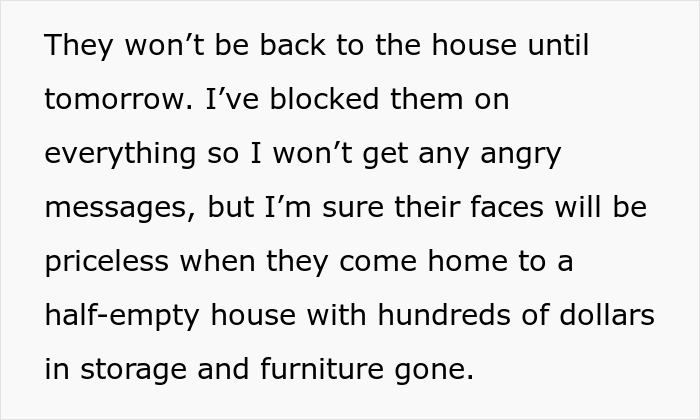 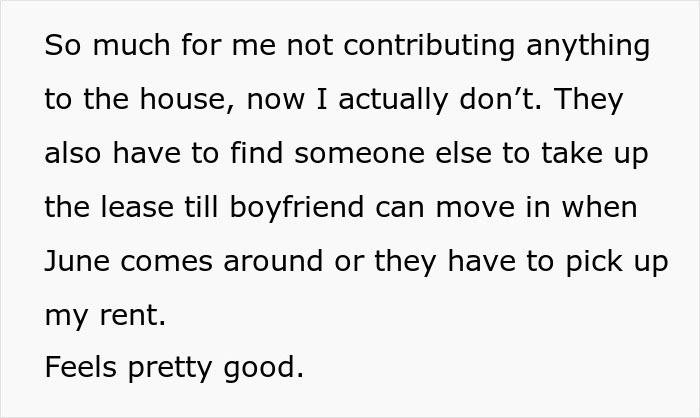 After things settled down a bit, Nymyane_Aqua shared an update.

“I emailed my attorney asking if the screenshots I took of my landlady’s texts saying I could leave with no financial repercussions would protect me if she somehow changed her mind and wanted to charge me rent,” she said. “He said I was good to go and would be covered by it.”

A lot of people were asking her whether or not her roommates will actually have to pick up her rent. “My lease specifically states: ‘If one tenant is not able to fulfill their portion of the rent, it will be up to the other tenants to make up the difference.’ I don’t know if she will make an exception or not for them. She did tell me though that it will be their responsibility to get someone to lease my room until the boyfriend can move in in June.”

“The girls came back from visiting family today so it is certain that they have seen the empty house now. I haven’t gotten any calls from any officers about stolen goods, so I’m thinking I’m in the clear. Considering that I haven’t actually stolen anything, they would be filing a false report which is very illegal, according to my attorney.”

Nymyane_Aqua said her own boyfriend was pretty mad by what happened, as he was in her room and heard all the screaming when it happened, and has also seen the abusive texts and language they have sent her. He even confronted both of the roommates online about how they’ve been acting.

“They immediately went to their dad and he had the cops called. I don’t know all of the details and frankly, I don’t want to because I have them blocked, I want nothing to do with them, and I just want my life to go on, but yeah, my boyfriend pretty much had to go to the station and sign some papers saying he’d leave them alone,” Nymyane_Aqua revealed. “I’m pretty [angry] at him for confronting them, but like, the cops? Come on.”

“Anyways, I’m couch-surfing until I can get a place. I have two lined up that I’m very interested in, both of which have girls who I know and can trust. I think things are looking up, and hopefully, this is the last time I have to think about this ever again,” the author of the post said, adding that, “If something does happen, I will be updating.”

Being able to live with others in harmony has become an important trait in the US, as American adults are increasingly sharing a home with other adults with whom they are not romantically involved. This arrangement, known as doubling up or shared living, has gained notice in the wake of the Great Recession and has been growing since.

While the rise in shared living during and immediately after the recession was attributed in large part to a growing number of Millennials moving back in with their parents, the longer-term increase has been partially explained by a different phenomenon: parents moving in with their adult children.

In 2017, nearly 79 million adults (31.9% of the adult population) lived in a shared household – that is, a household with at least one extra adult who is not the household head, the spouse or unmarried partner of the head, or an 18- to 24-year-old student. For comparison, in 1995, the earliest year with comparable data, the figure stood at 55 million adults (28.8%).

So let’s hope that common decency is still common, and that Nymyane_Aqua’s new roommates will be better than her old ones.

As her story went viral, the woman shared more information on the whole ordeal 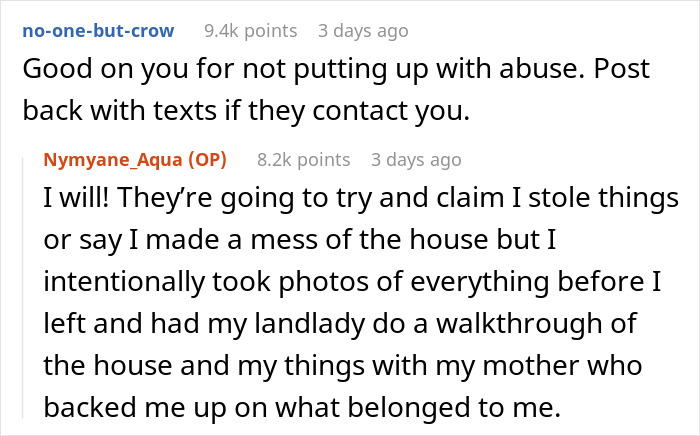 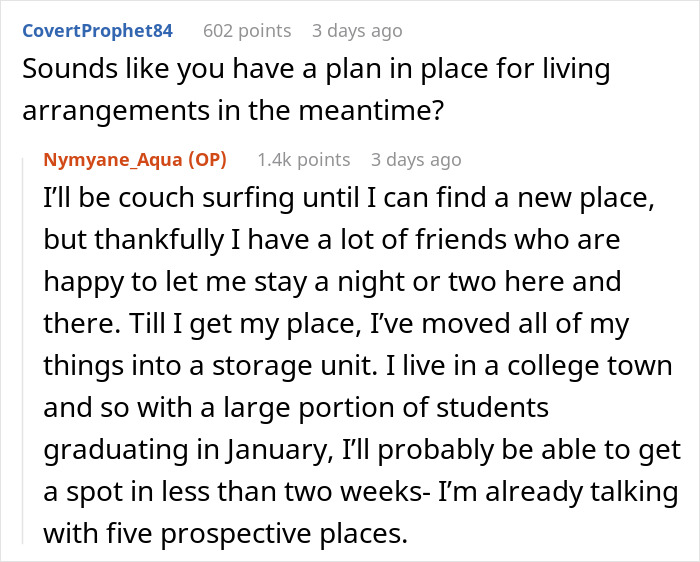 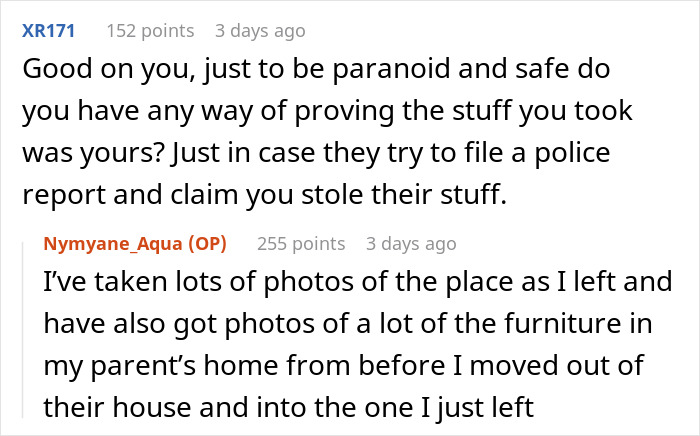 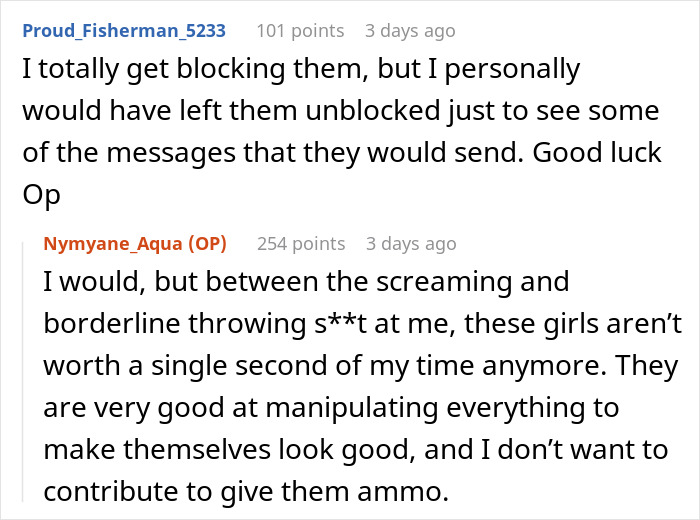 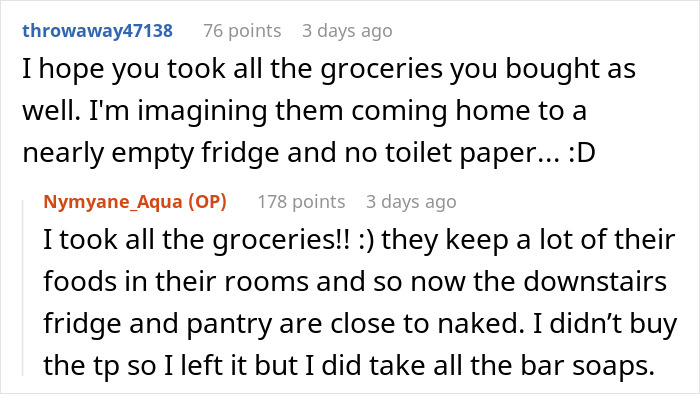 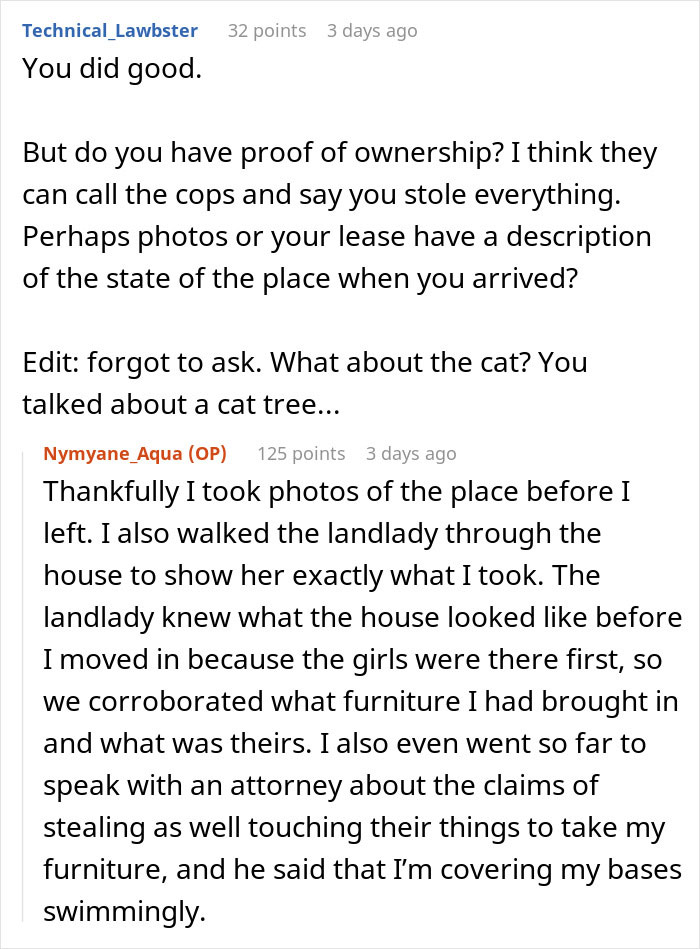 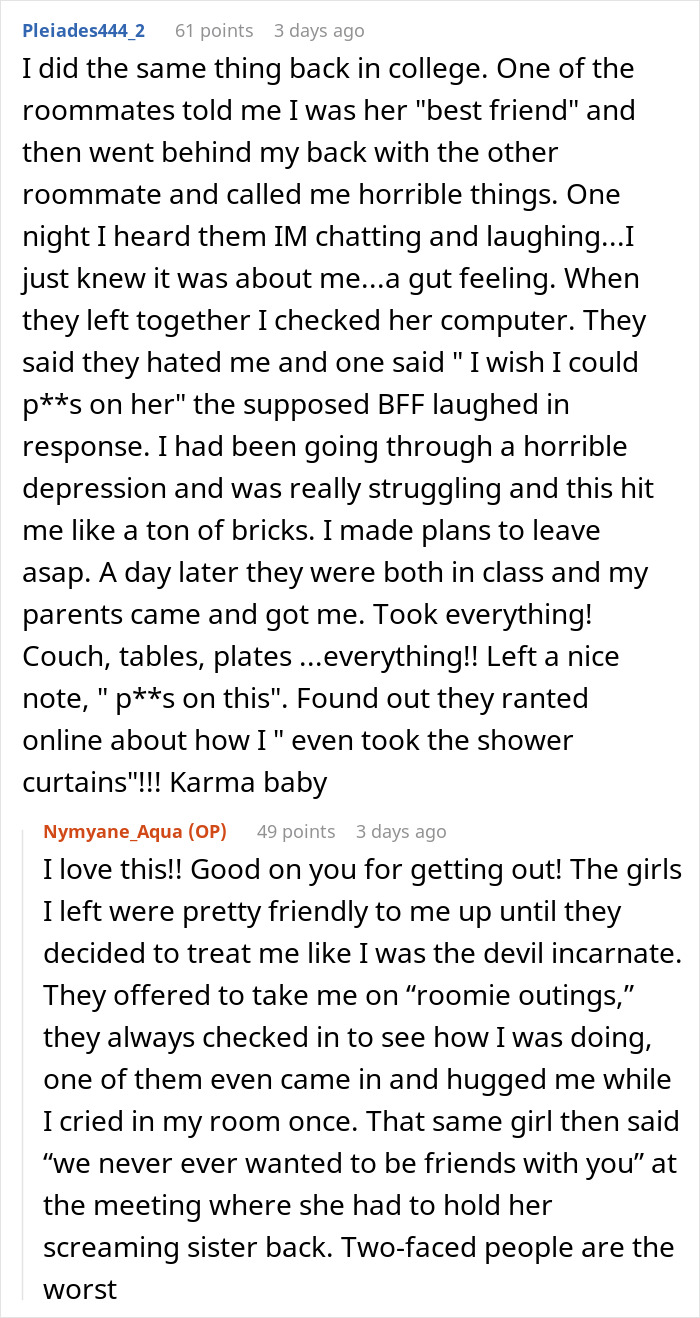 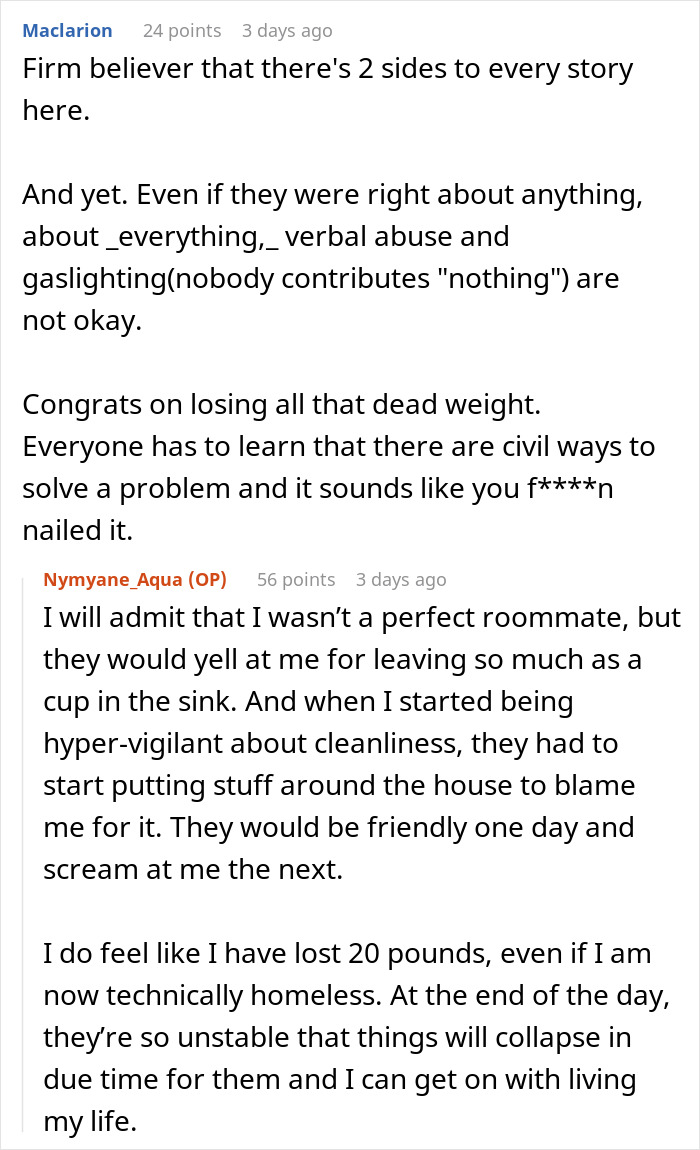 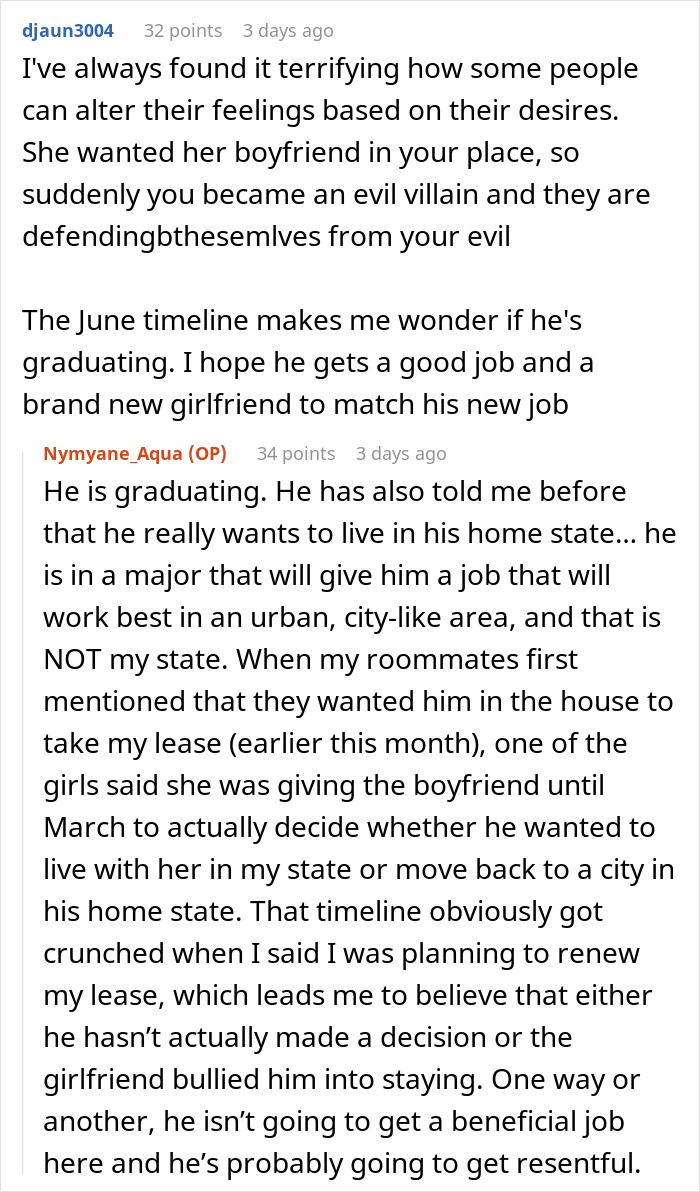 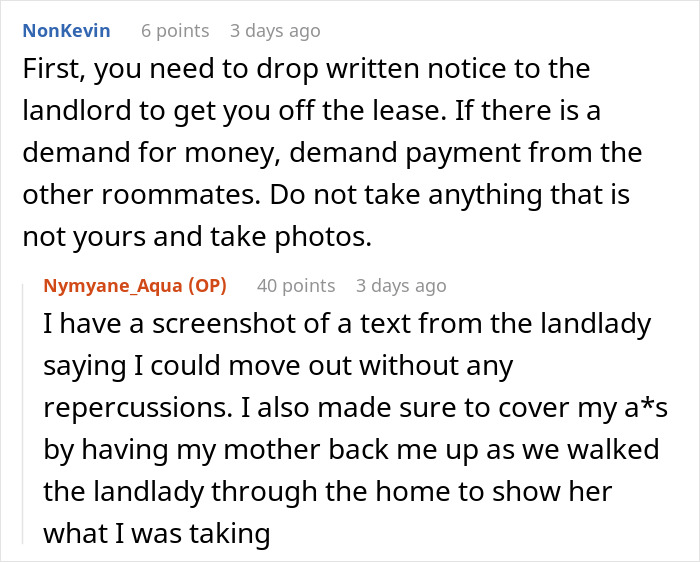 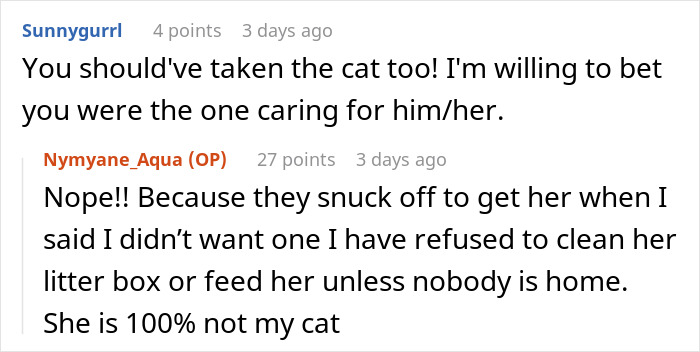 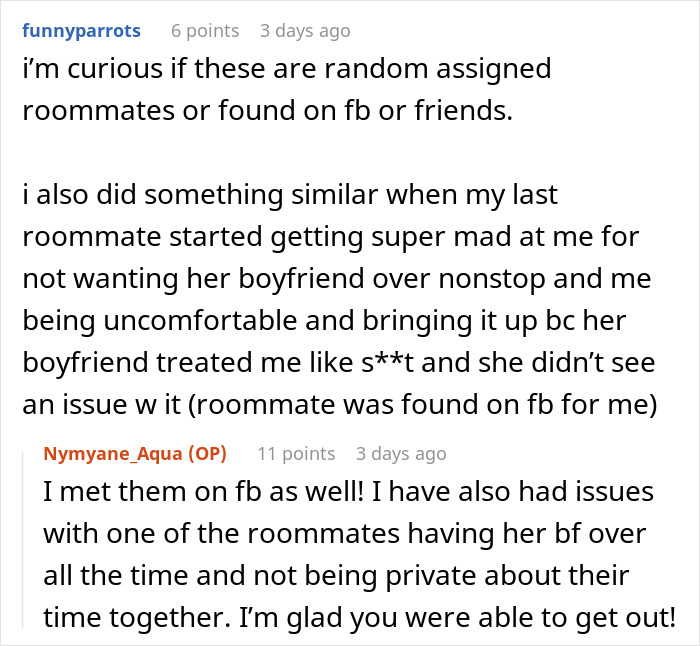 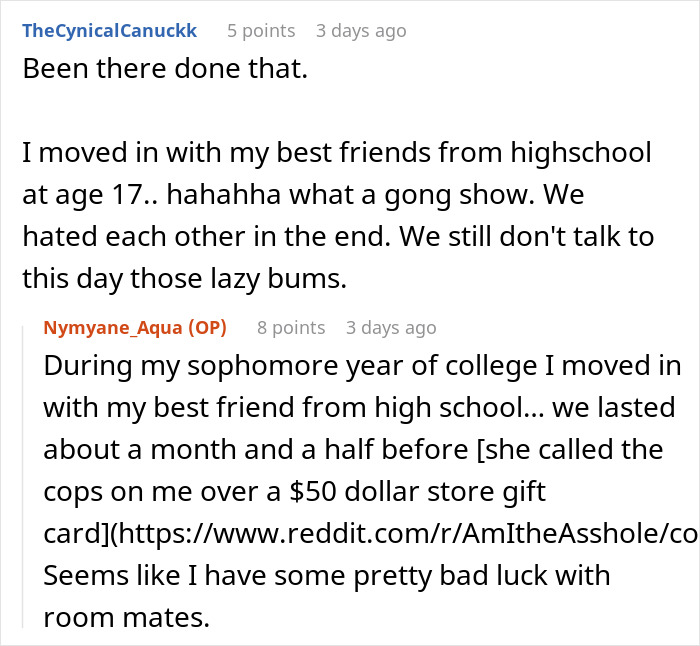 The post Roommates Try To Force Woman Out Of The House So One Of Their BFs Can Move In, Malicious Compliance Ensues first appeared on Bored Panda.