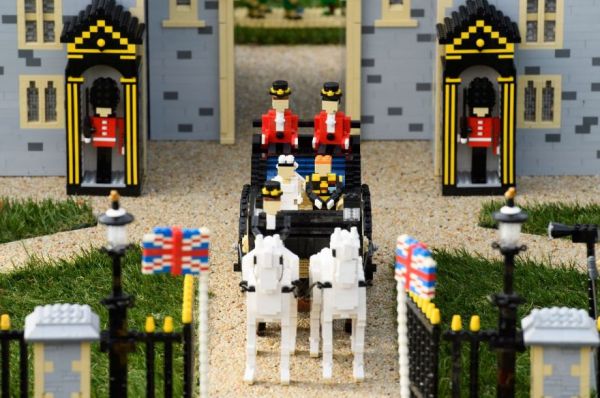 Legoland Windsor has a display portraying the wedding of Prince Harry and American actress Meghan Markle, which will take place in real life this coming Friday. The entire display took more than 39,000 LEGO bricks! There’s the bride and groom, of course, and recognizable figures of their families -with the exception of newborn Prince Louis.

It took 11 model makers a whopping 592 hours to build the replica of Windsor Castle, which happens to be just down the road from Legoland Windsor. The spectacle also features a teeny Ascot Landau carriage, made using 1,500 bricks. The carriage can be seen making its way down the mini Long Walk, which features two horses made from 200 bricks.

Beyond the bridal party, there’s along a crowd of 500 Lego people, made from an impressive 17,000 bricks, which aim to reflect the spectators who’ll be showing up on the day to watch from a distance.

The biggest part of the display is Windsor Castle, which you can see in its entirety in a pictorial at Mashable.