No, the customer isn’t always right. The customer is human, just like we all are. And your good intentions can backfire if you happen to get a rare client who thinks they’re never wrong and is just downright rude. That’s what happened to redditor u/rentacle who shared a story about a horrible customer with the 2.7 million member strong r/MaliciousCompliance subreddit.

The author of the post explained how they’d tried to help the customer who had requested an in-depth analysis of dish soap sales over the past few years. Noticing that the client had specified the wrong product code, the OP decided to get in touch about the suspected mistake.

However, things didn’t go as planned, as the customer turned out to be incredibly entitled and demanded that they “stop wasting her time” and just do what the job order says. Cue malicious compliance. Scroll down to read the full story, what the fallout was like, and how the internet reacted to the viral post.

You can share your thoughts about the work situation in the comments, dear Pandas. Have you ever had to deal with a rude customer? Tell us how that went and what advice you’d give someone who might end up in your shoes.

You might genuinely want to help a customer out, but some of them won’t stop berating you for long enough to listen to what you have to say 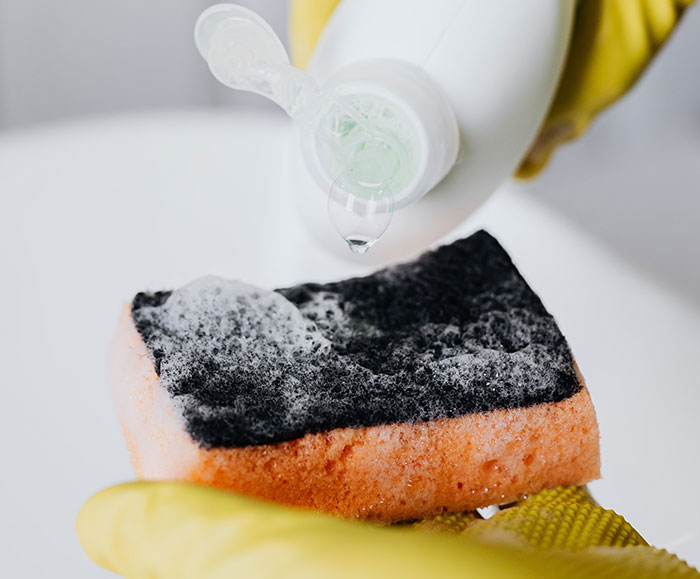 One employee shared how they tried to let a client know they may have made a mistake while filling out a job order. However, things didn’t go as planned 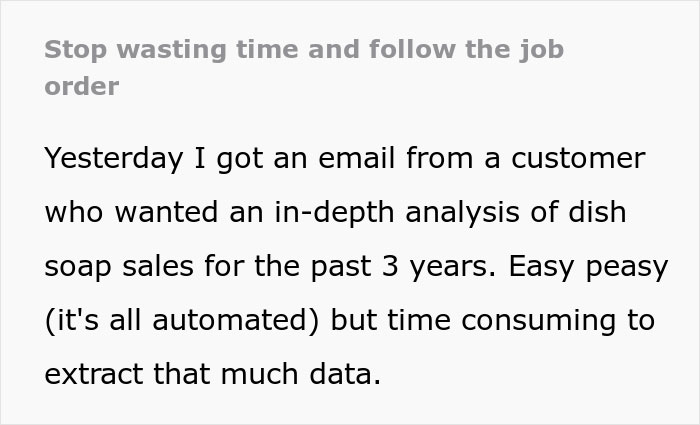 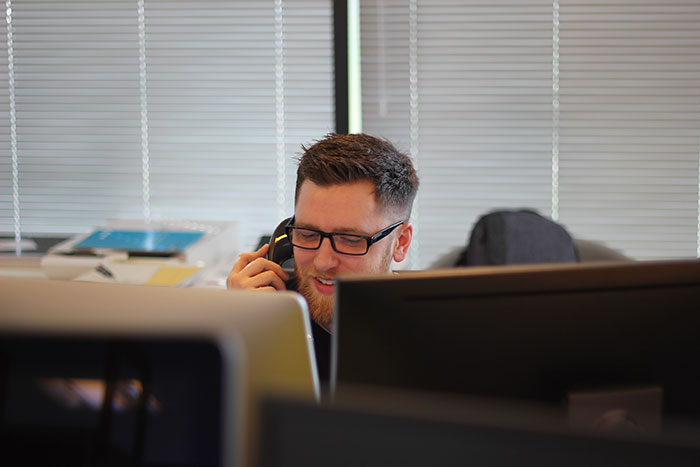 After getting shut down by the customer, the redditor complied with the demand and just went along with the incorrect information. That had immediate and profound consequences for the client. Both of their bosses got involved after a meeting got rescheduled due to the right information not being ready for a report.

Fortunately, the customer’s boss apologized to the OP. As for the client? Well, she was moved to a “role that limits the amount of damage she can do.”

As u/rentacle said, the moral of the story was simple: “Before telling someone to shut up, maybe listen to what they are saying…” And it applies to all situations in life. Oftentimes, many people are in such a rush and feel like their work is the only stuff that really matters that they miss out on important information and opportunities. It’s vital to learn to listen, not just speak.

Alexander Kjerulf, from Positive Sharing, told Bored Panda during an earlier interview that the key to dealing with rude customers is to strike a balance between professionalism and boundary-setting.

“Keep your cool and remember that whatever abuse they’re giving you is no reflection on you as a person. That customer doesn’t even know you, so there’s no way it could be. But on the other hand, don’t be subservient. Don’t be afraid to stand up for yourself and tell customers that abuse is not tolerated. And if it persists, hand them over to a manager as soon as you can and let them deal with it,” he advised.

One way that employees can stop a rude customer is by telling them that they don’t accept abuse and asking them to stop yelling at them. If that behavior persists, you can hang up the phone. If the customer calls back and continues being rude, a manager can take over form there.

It’s important to remember, however, that rudeness doesn’t mean that the person is inherently an awful human being. Often, they’re simply having a bad day. Though there are some who would use their rudeness intentionally.

“You have to remember that in many cases a customer who behaves badly is not necessarily a bad person—it can be a good person having a bad day and that’s why they’re acting out. But the sad truth is that some customers act this way because they’ve learned that it works and will get them discounts or preferential treatment,” Alexander told Bored Panda, stressing the fact that everyone should do their best to be kind and positive to employees everywhere. It’s the least anyone can do. 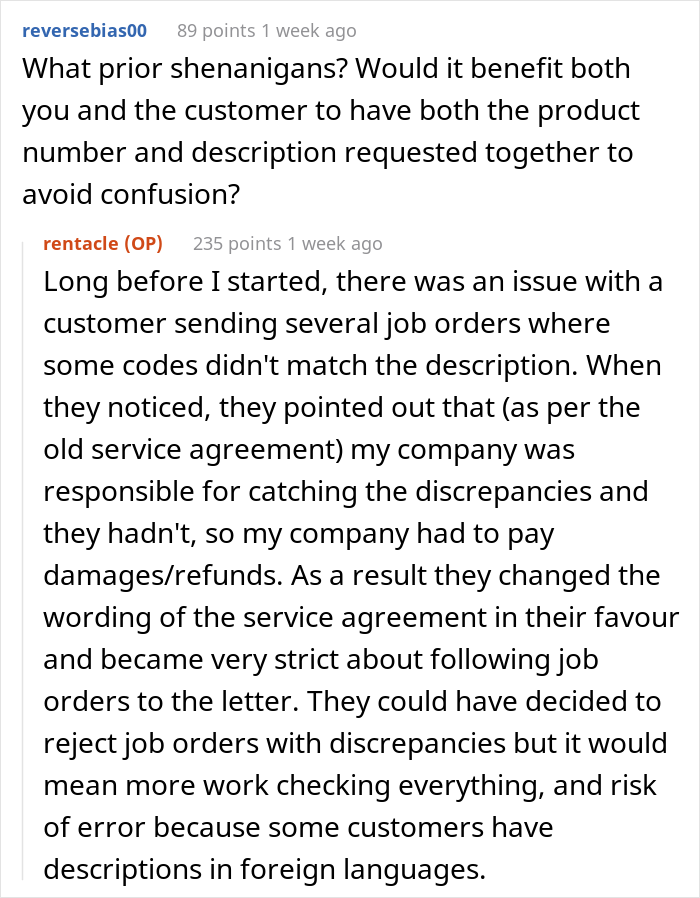 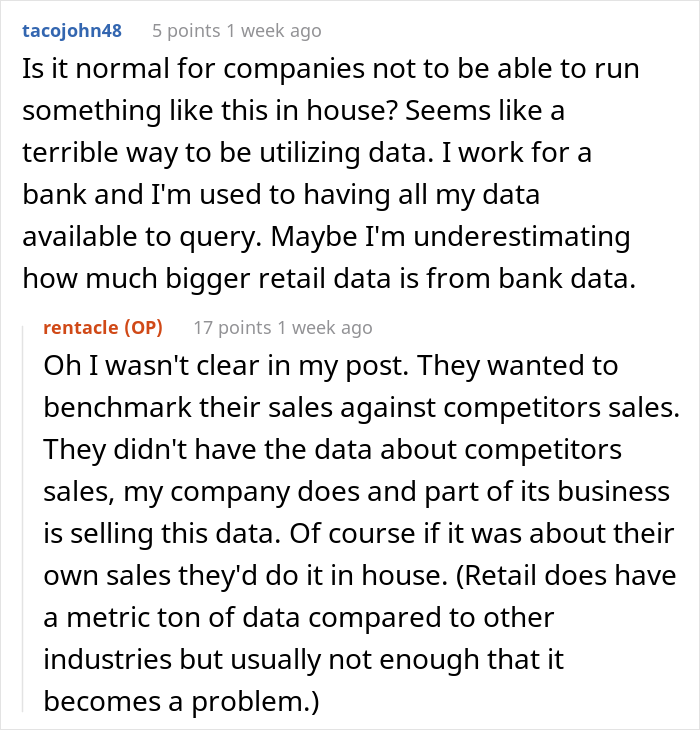 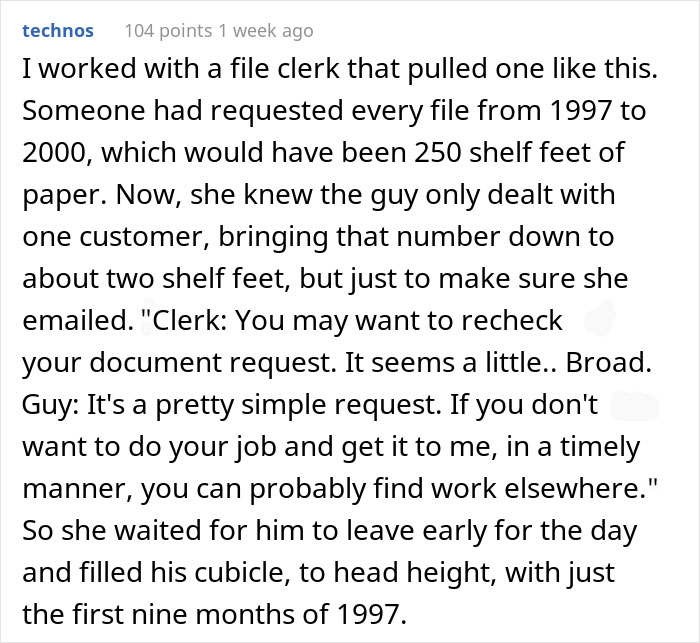 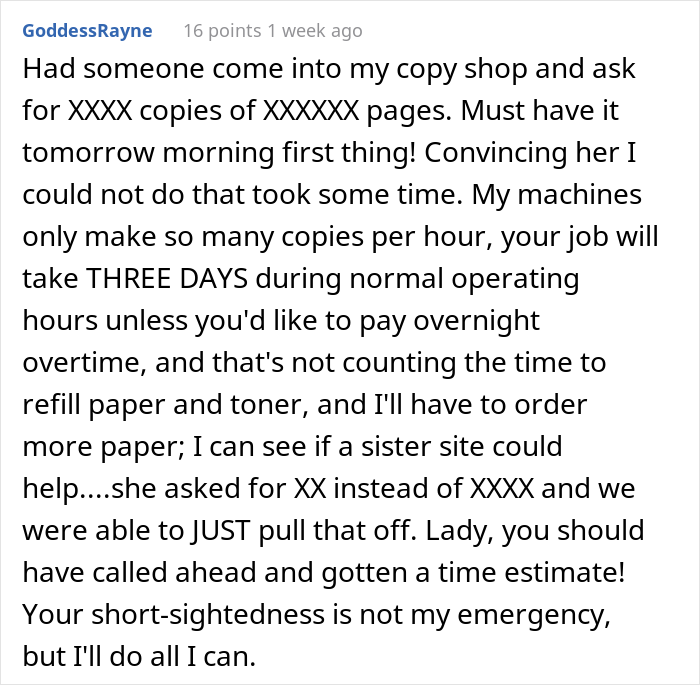 The post Rude Customer Tells Helpful Employee To Just Do What The Job Order Says, Immediately Regrets It first appeared on Bored Panda.