Around the second half of the 13th century, a Dominican friar known as Stephen of Bourbon, began travelling the width and breadth of southern France documenting medieval heresies, superstitious, and heretical beliefs, which he complied into one long treatise on faith called the De septem donis Spiritu Sancti (“On the Seven Gifts of the Holy Spirit”). On the subject of superstition and idolatry, Stephen relates an incident which occurred in the diocese of Lyon. While preaching there against sorcery and hearing confessions, many peasant women told him that they carried their children to the grave St. Guinefort, a saint Stephen had never heard of before. When he made inquiries, he was surprised to discover that the supposed Saint Guinefort was actually a greyhound. 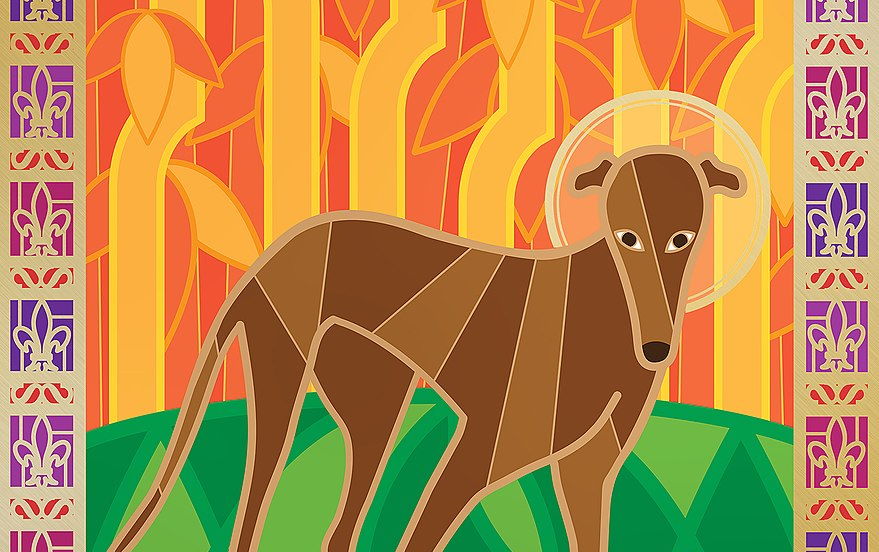 A modern illustration of Saint Guinefort by L. Bower/Wikimedia Commons