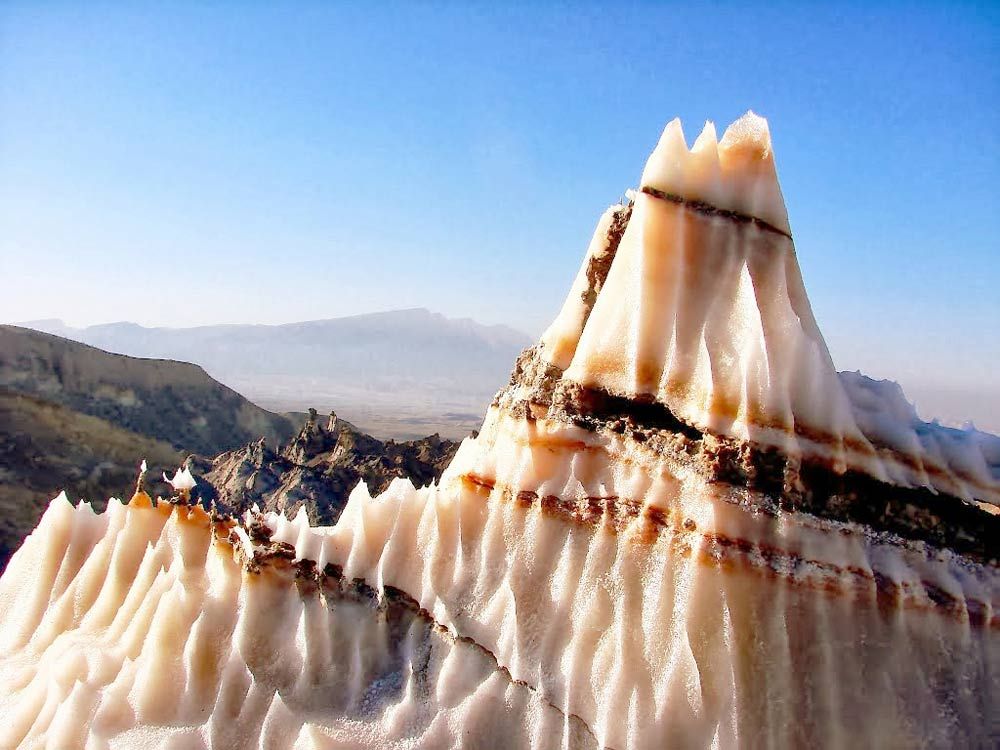 Million of years ago, the Persian Gulf was a much larger body of water than it is today, inundating large sections of the Arabian peninsula in the south and Iran in the west. As the water evaporated and the shores of the sea retreated, it left behind vast quantities of salt. The layer of salt became covered with sediments washed down from the mountains by rainwater, and over time, the sediment layer thickened, became compact and weighed down heavily on the salt layer underneath.