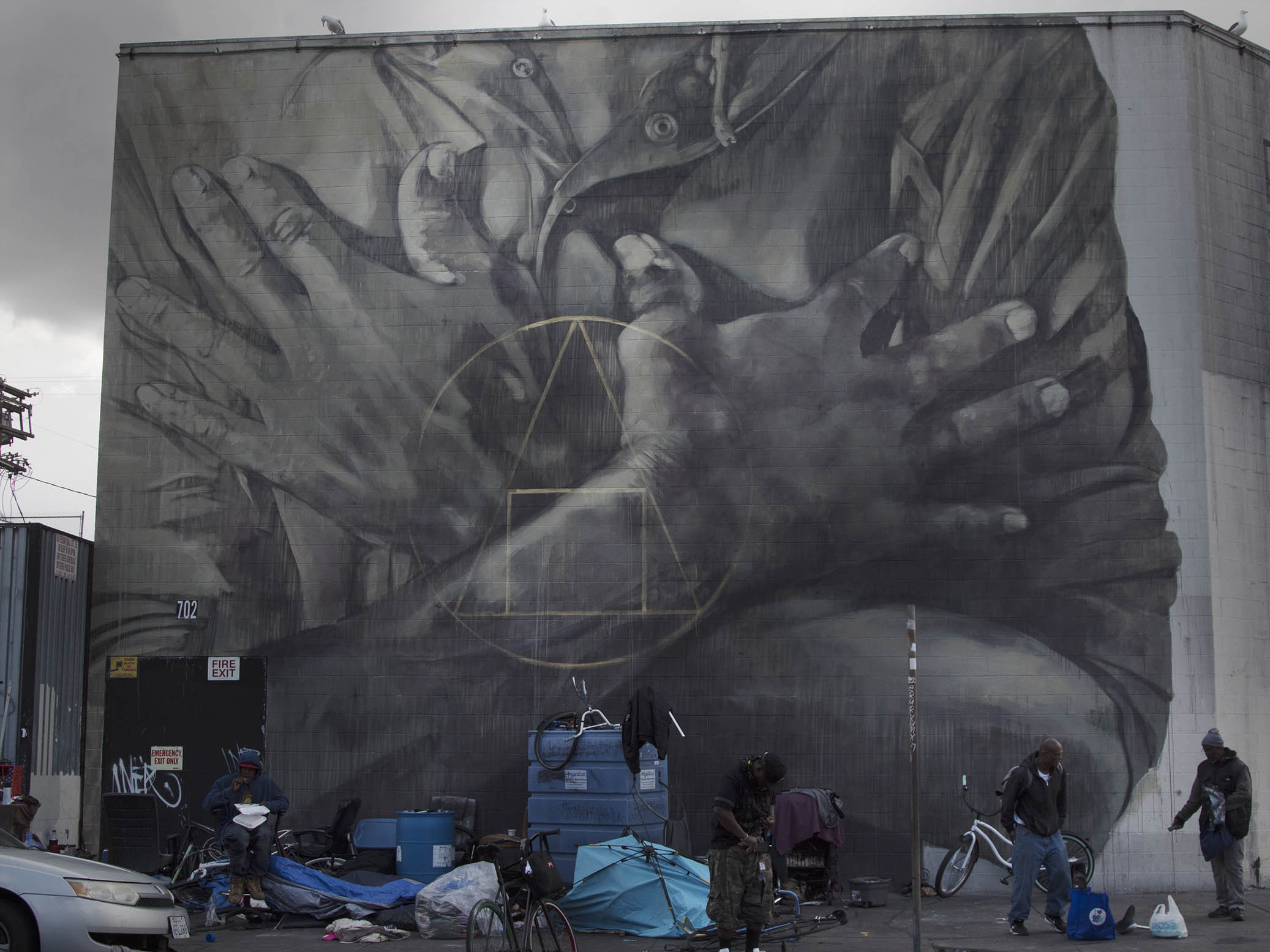 The large-scale public installation gives monumental space to some of America’s most marginalized people; the homeless. Skid Row is home to one of the largest populations of homeless people in the United States, with an estimated 2,500 people living on the streets within its .4 square mile radius.
The title of the work, which translates to “the welfare of the people shall be the supreme law,” is a critique on the capitalistic dream, which lacks institutional empathy for non-active participants.

According to CareerBuilder, 80% of Americans live from paycheck to paycheck, and are only one financial emergency or unexpected expense away from being destitute. The homeless population includes the elderly, those with physical and mental health conditions, addicts, veterans and those that lack the larger familial or structural support systems needed in a financial bind. 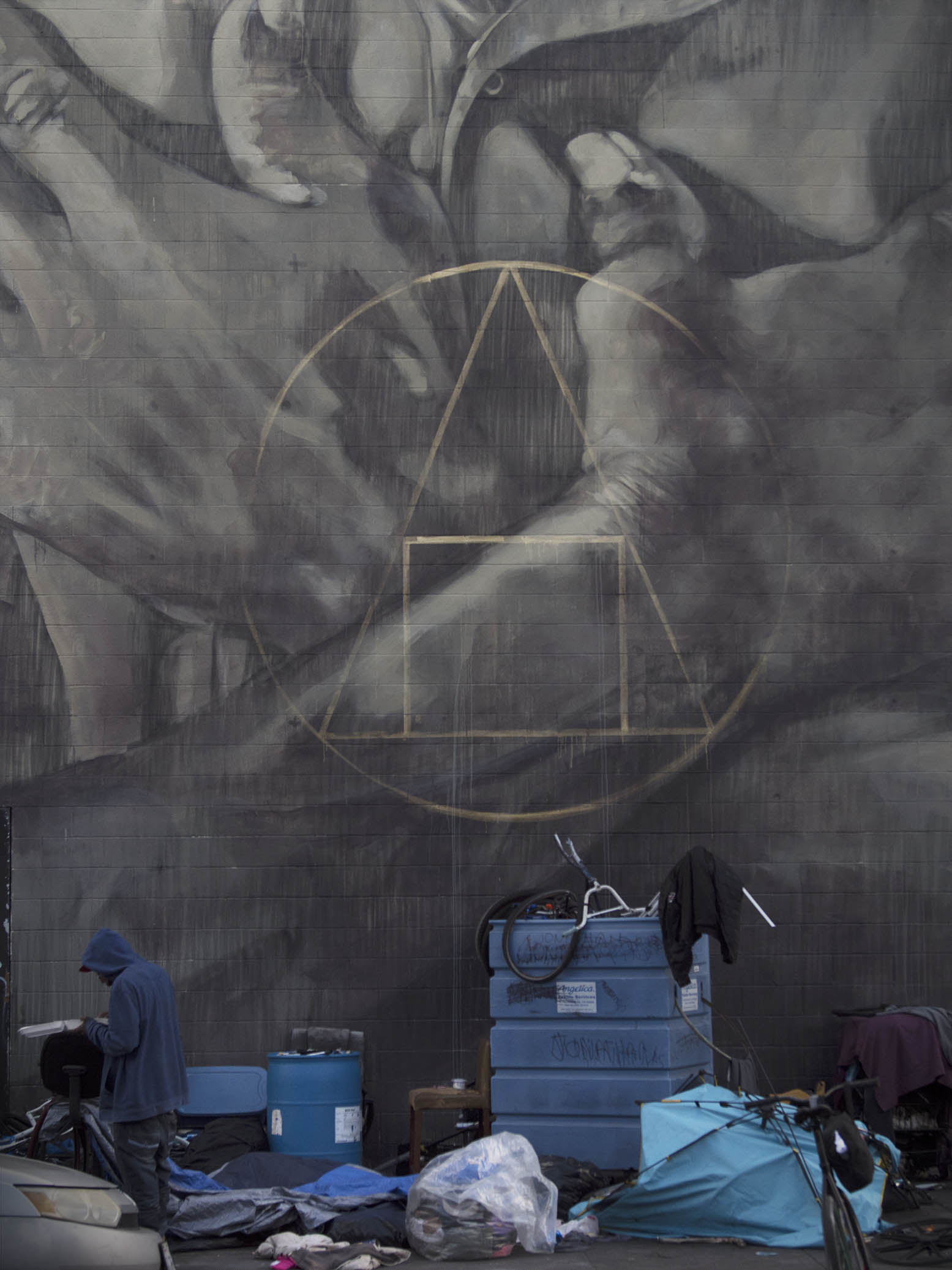 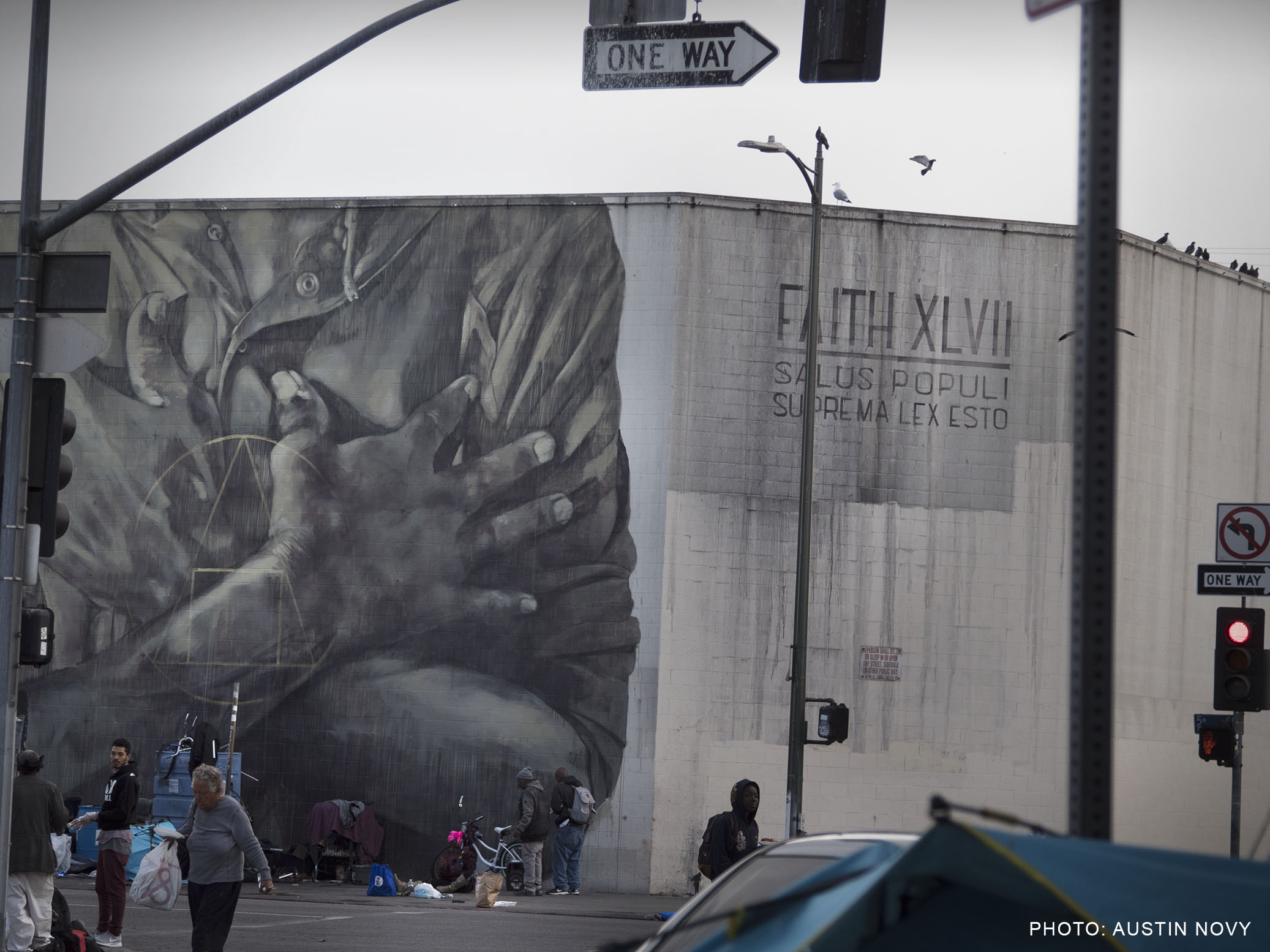 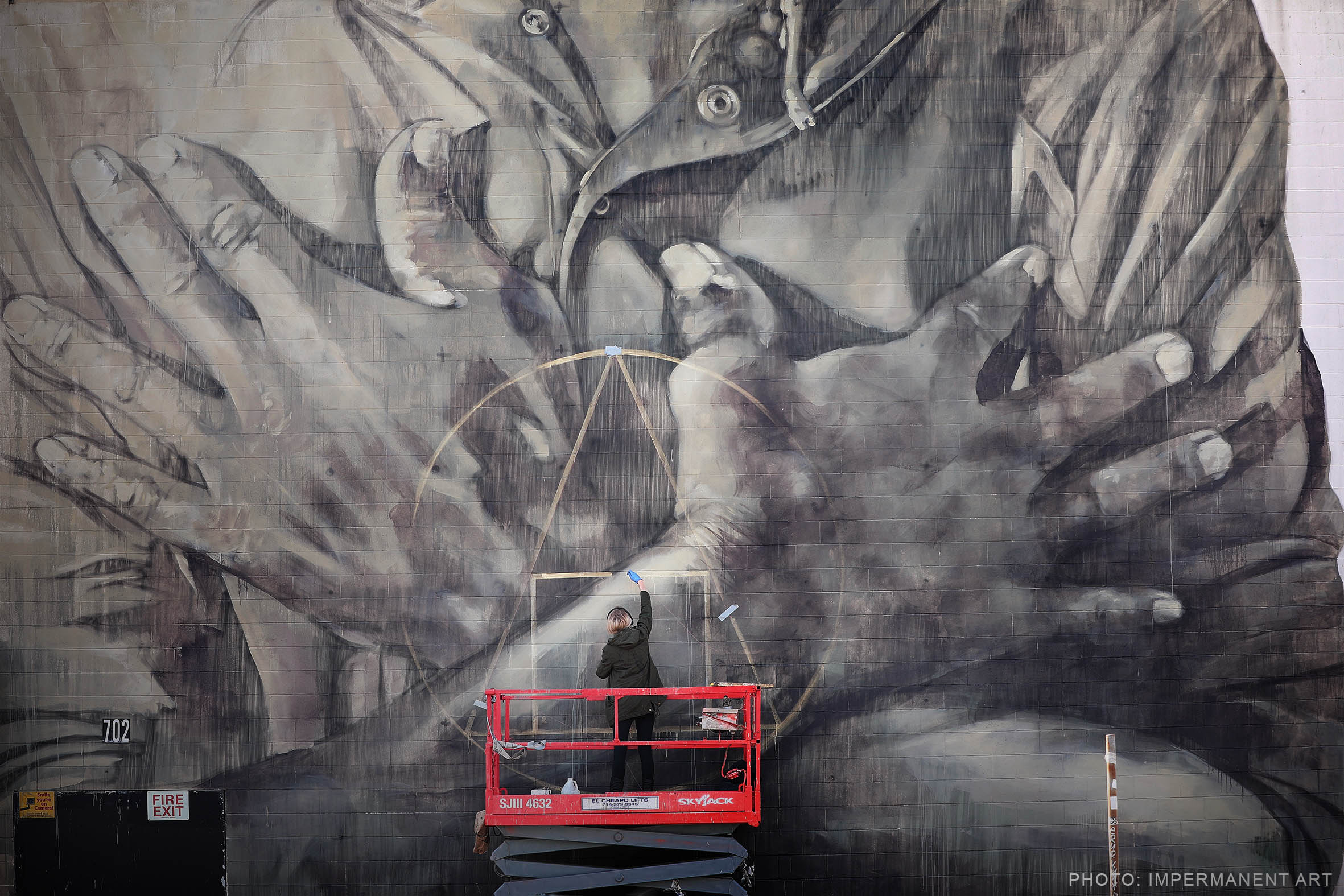 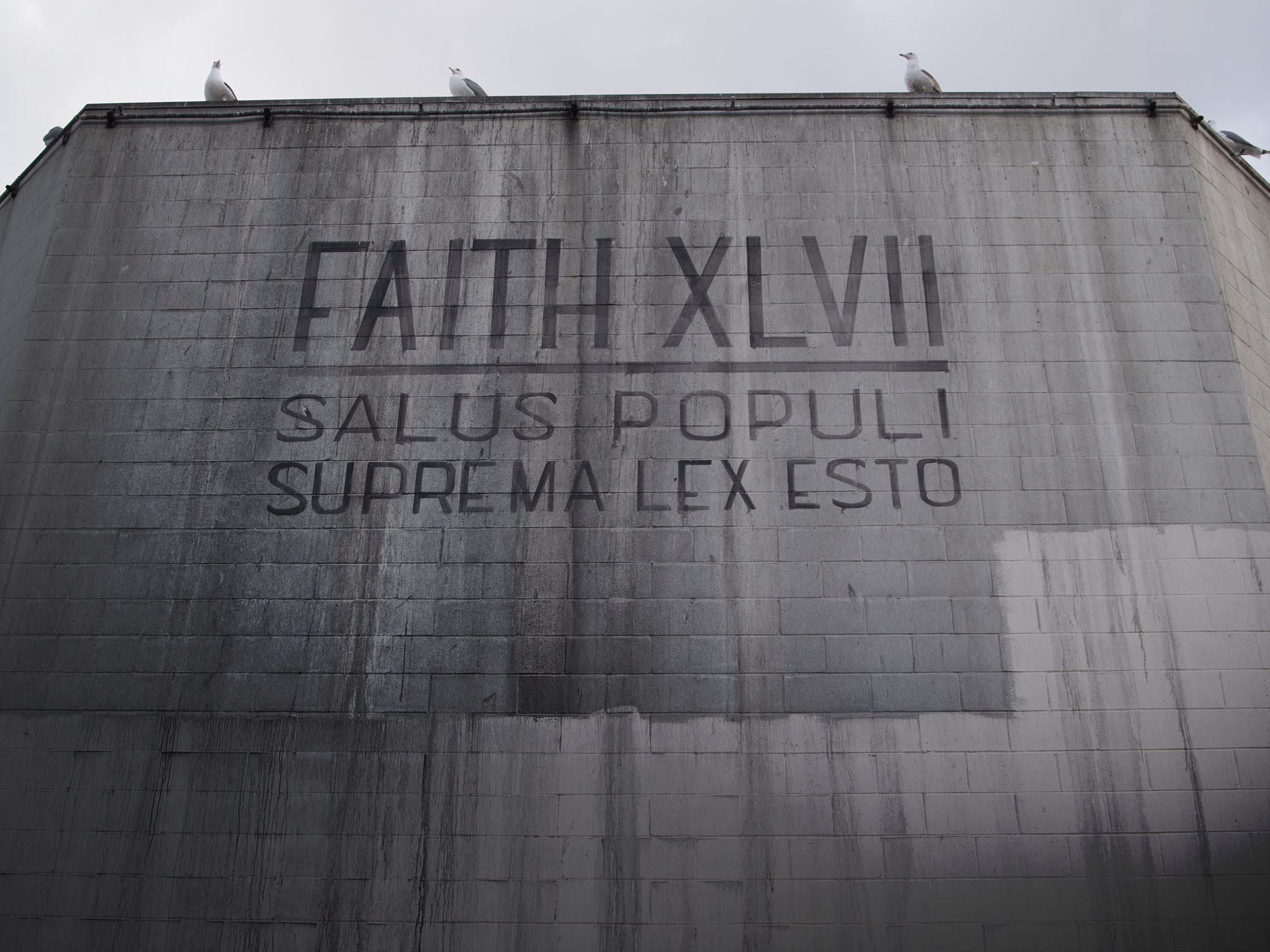 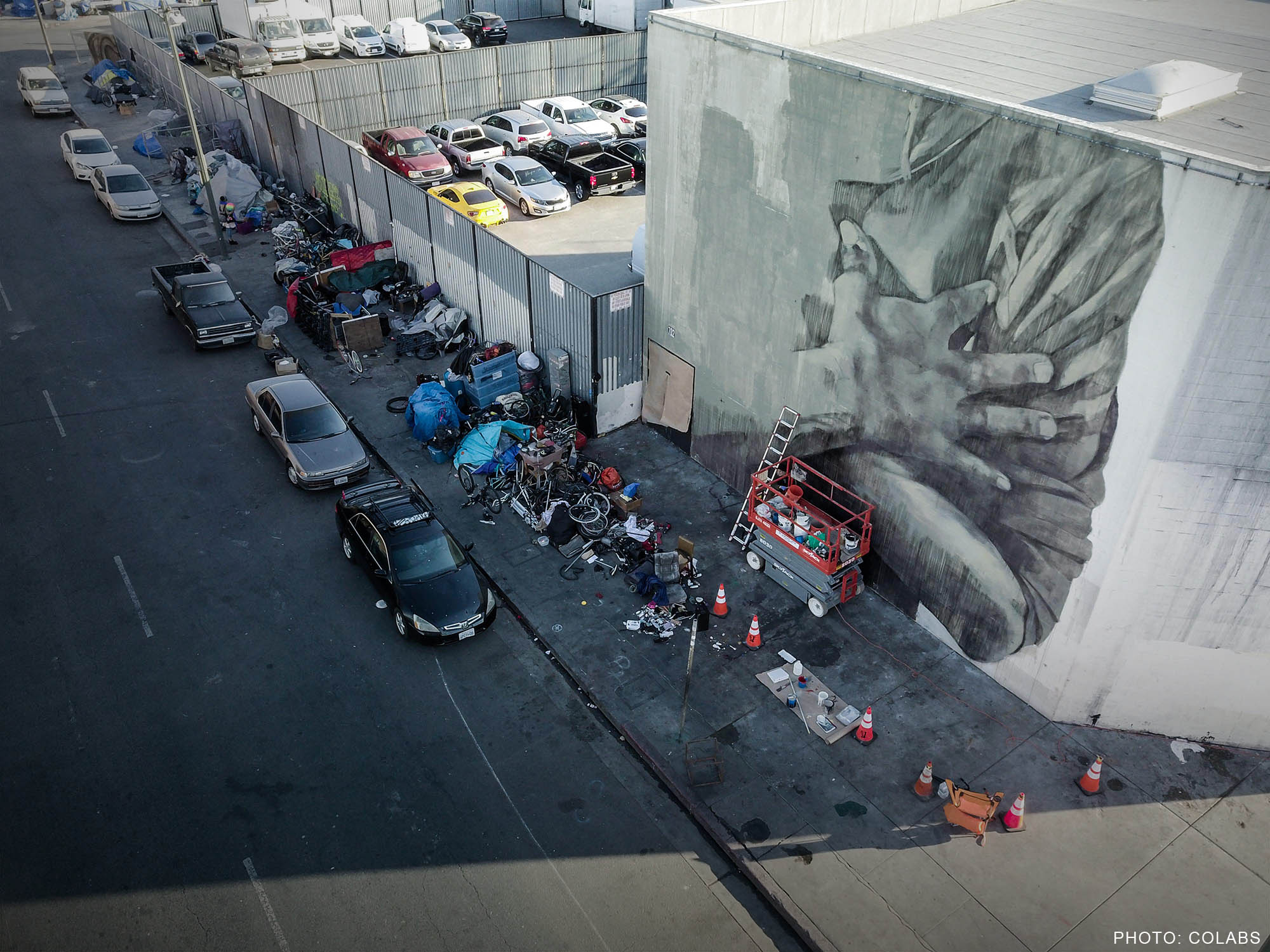 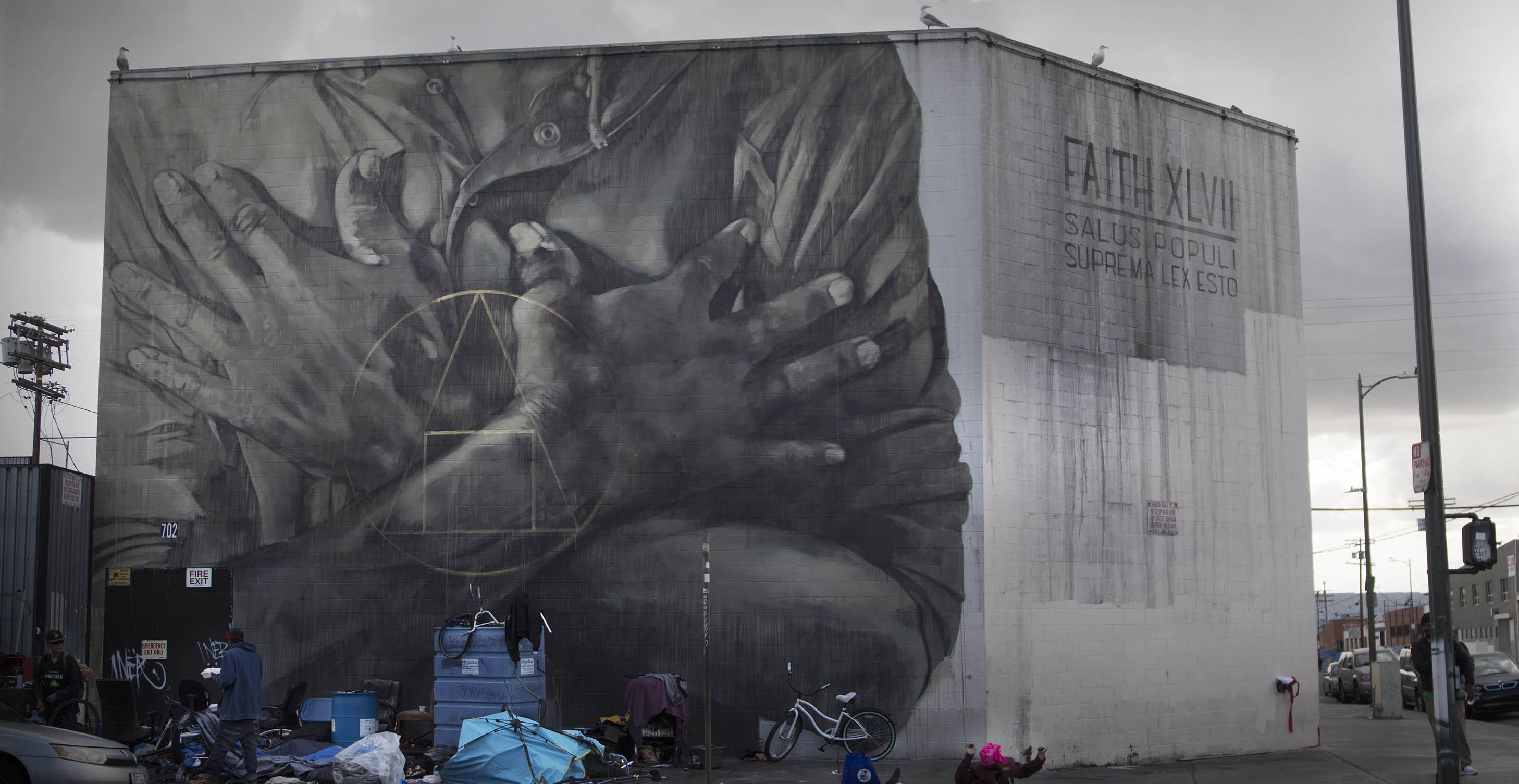