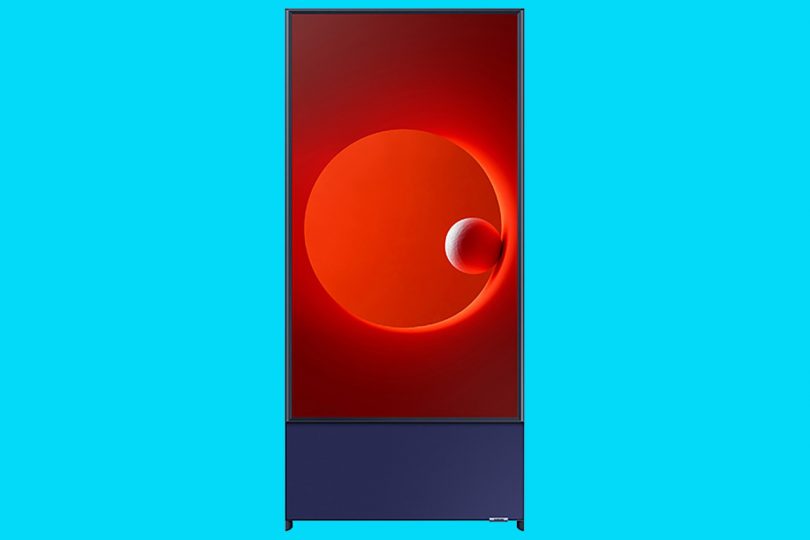 They say a change in perspective can open up doors of possibility previously unseen. And Samsung’s upcoming television, Sero, will certainly turn a few heads with an orientation-changing design marketed for a generation of Instagrammers apt to capture and view videos and images in portrait mode. 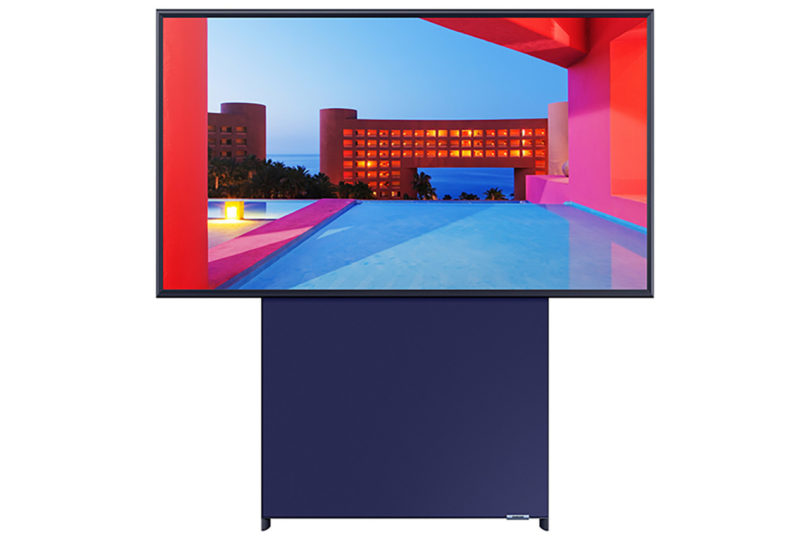 The Sero features an integrated navy blue stand housing a 4.1-channel, 60-watt high-end speaker within the bottom half the of the design.

The 43-inch Sero concept television – announced at the Samsung Electronics pop-up store in Apgujeong-ro, Gangnam-gu, Seoul alongside updates to their lifestyles oriented ‘The Serif’ and ‘The Frame’ televisions – stands as a continuation of the Korean brand’s exploration of novel designs serving evolving viewing habits shaped by mobile devices. 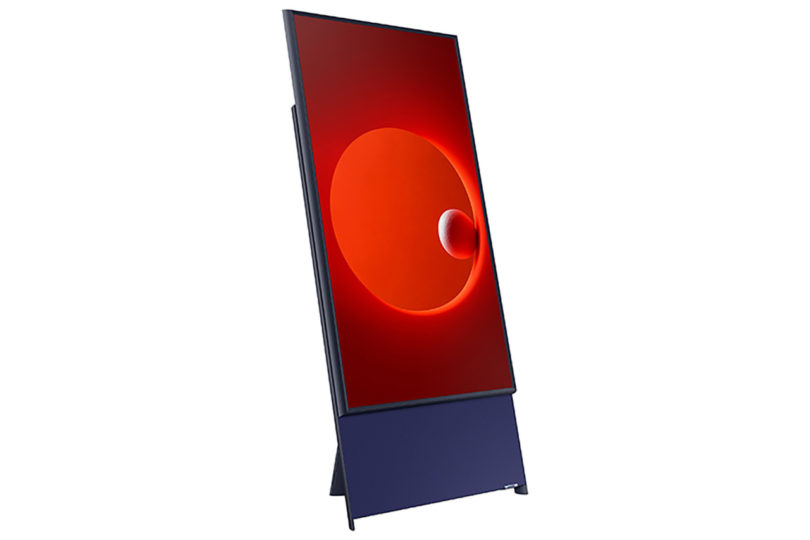 The Sero’s prime trick is its ability to switch easily from traditional landscape mode to a fully vertical portrait mode, connecting via NFC to mobile device sources for simple playback. The orientation flipping feature has long been available within the segment of computer displays, where rotating monitors are popular amongst developers, but the 43-inch television is a first for Samsung aimed at millennials looking to enjoy photos and videos captured using their phones. 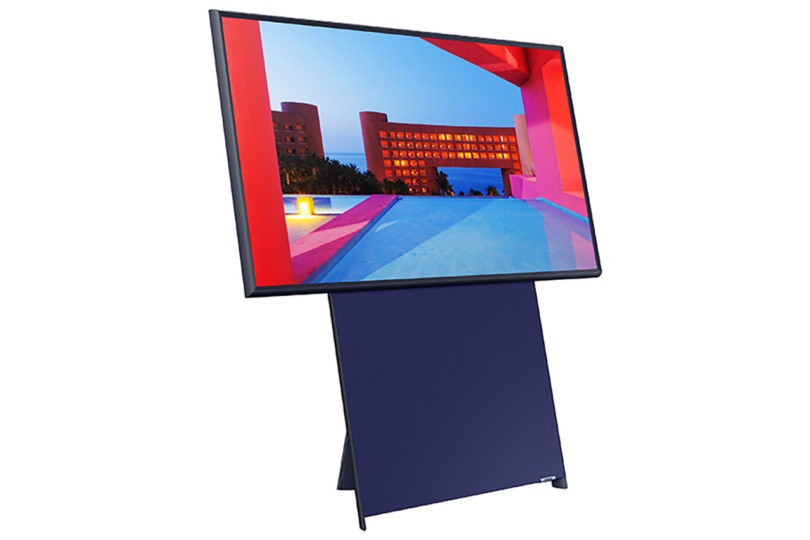 Like Samsung’s digital art oriented television, The Frame, Sero can also be set to display images as a digital photo frame, alongside offering a clock mode and voice activated Bixby home hub integration. The Sero is slated for an end of May release in Korea for 18.9 million won (approx. $16,300 USD). 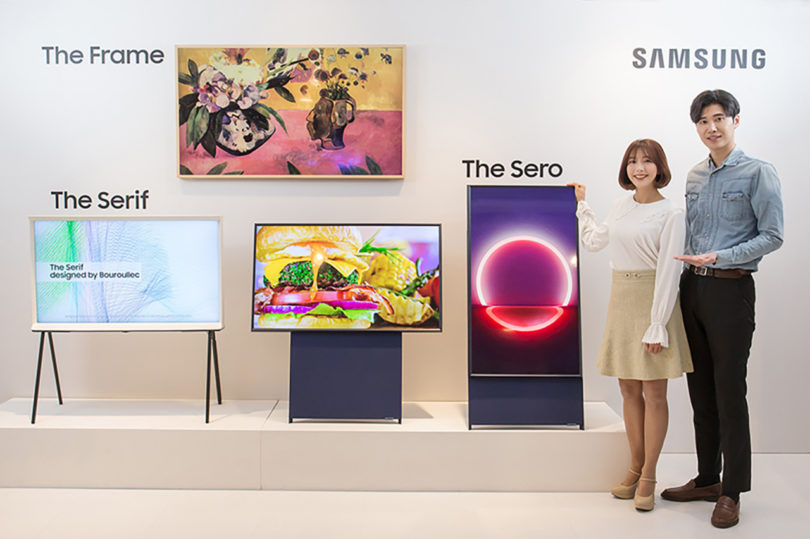