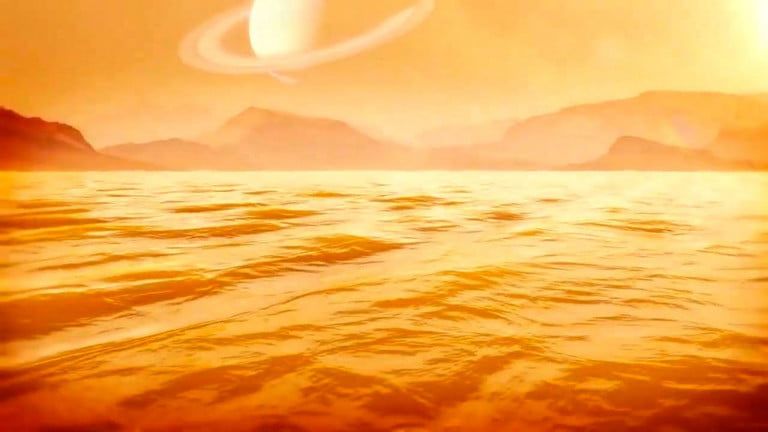 Saturn’s moon Titan is rich in two essential ingredients for life to flourish: hydrocarbons and liquid water. Just from these two components alone, we can already say that Titan could be the next pit stop for space travelers! However, the moon is so far from the sun and so cold that the water on the heavenly body is actually covered in ice. So how do we try to solve all the rising problems? Well, new researchsuggests that there is a way that these hydrocarbons and this liquid water could mix:

The international team of researchers from Brazil, Canada, the U.S., and France, looked at the impact craters which can be seen on Titan’s surface and investigated what would happen when an asteroid or comet struck the moon. They found that these impacts would generate heat which would melt a puddle in the icy crust and allow the organic compounds to interact with liquid water.

“If you have a lot of liquid water creating a temporary warm pool on the surface, then you can have conditions that would be favorable for life,” Titan expert Léa Bonnefoy said to Science Magazine. “If you have organic material cycling from the surface into the ocean, then that makes the ocean a bit more habitable.”

The researchers simulated an impact similar to the one which created the moon’s largest crater, Menrva, which is 264 miles wide. The liquid water generated by such an impact wouldn’t last forever, but would last for around 1 million years — which could be long enough for bacteria to evolve.

Titan does have other liquids on its surface, and if you popped by for a visit you’d see features that look familiar like lakes and weather systems including rain. But these aren’t composed of water — they’re composed of liquid methane. These features are still of interest to researchers though, as recent discoveries found that Titan’s largest sea of liquid methane, Kraken Mare, is at least 1,000 feet deep and could be explored by a submarine.