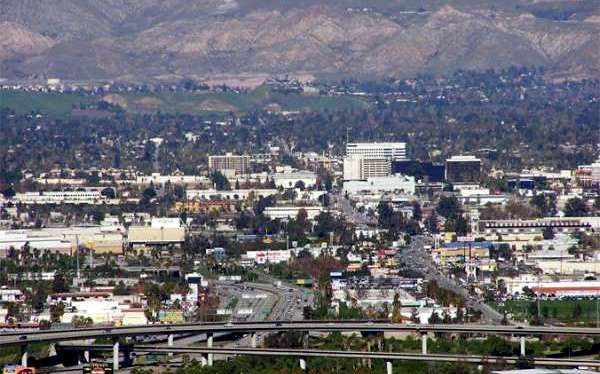 Known as Inland Empire, the area within and around San Bernardino and Riverside counties houses some of the biggest warehouses and distribution centers in the country.

This is where most businesses store their retail goods until they are delivered. However, this has also caused major air pollution to build up due to all the trucks, trains, and planes that pass through the row of warehouses every day.

Becoming a crucial hub of international trade has been an economic boon to the area, but there have been consequences, mostly from pollution associated with the movement of goods.

The Inland Empire’s economic appeal stems from its geography — but so do its air quality issues. Fewer than 100 miles west, the San Pedro Bay Port Complex, which is made up of the ports of Los Angeles and Long Beach, is the busiest in the United States and the ninth busiest in the world.

Last year, it broke a record for the highest volume of shipping containers ever moved by a seaport in the entire Western Hemisphere. A significant portion of those goods doesn’t stay on the California coast long before being loaded up and sent east to be sorted and shipped from a growing network of warehouses within the Inland Empire.

The big question people are asking is why does it have to be all in Inland Empire? And the reason for that is that there’s nowhere else for them to go. This is the hub for all storage and movement of goods. If you want it to make it big as a retailer, especially an online one, this is the place you need to be.