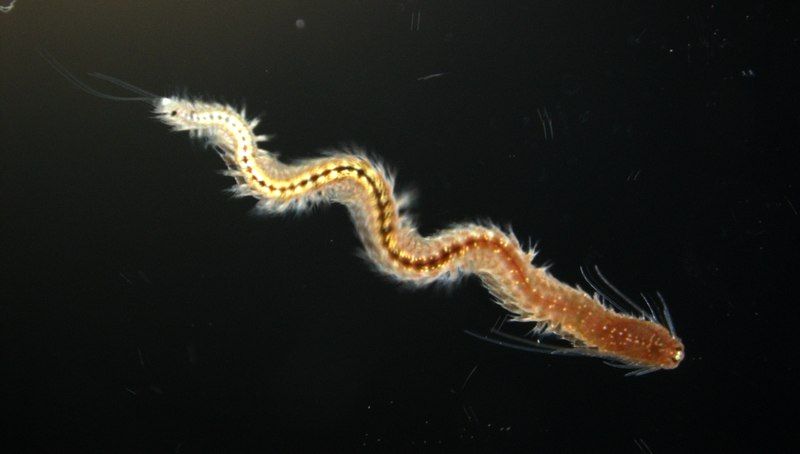 Meet the bristle worm. It is said that their kind has already been around on Earth for about 500 million years, surviving five mass extinctions over that time. Today, there are some 10,000 species of the bristle worm.

Of these many species, scientists have been amazed by one particular bristle worm, Platynereis dumerilii, due to its virtually unbreakable jaw, which apparently, scientists found out, is made of metal atoms. That’s right. This bad boy has a metal jaw.

This is pretty unusual. The study’s senior author Christian Hellmich explains: “The materials that vertebrates are made of are well researched. Bones, for example, are very hierarchically structured: There are organic and mineral parts, tiny structures are combined to form larger structures, which in turn form even larger structures.”

The bristle worm jaw, by contrast, replaces the minerals from which other creatures’ bones are built with atoms of magnesium and zinc arranged in a super-strong structure. It’s this structure that is key. “On its own,” he says, “the fact that there are metal atoms in the bristle worm jaw does not explain its excellent material properties.”

But even if its jaws are made of metal, it is deformable enough, which makes it even more amazing.

Learn more about this bristle worm over at Big Think.

Ah, the wonders of nature really are fascinating.