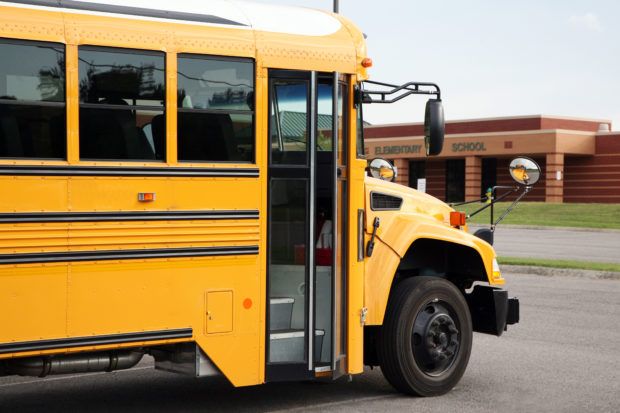 Kindergartners saved themselves from a hostage scenario by annoying their hostage taker with a lot of questions. The children managed to keep themselves and the bus driver, Kenneth Corbin, safe from the hijacker, 23-year-old army trainee Jovan Collazo. Collazo moved all the students on the front to keep them in his proximity, which just resulted in giving the kids a chance for their barrage of questions:

Authorities believe that Callazo, who was on his third week at Fort Jackson, was trying to get home when he hijacked the bus.

“As we were traveling, I guess he realized there were several students on the bus — kind of scattered throughout,” Corbin was quoted as saying. “He decided to move all the students upfront so he could keep us all in close proximity, and when he did that, especially some of my kindergarteners, they started asking questions.”

“They asked him, ‘Why are you doing this?’ He never did have an answer for this one. They asked, was he going to hurt them? He said ‘no.’ They asked, ‘are you going to hurt our bus driver?’ He said, ‘no. I’m going to put you off the bus,’” Corbin recalled.

Corbin added that Callazo might have sensed more questions coming from the children and just told them, “Enough is enough already,” and ordered Corbin to ‘stop the bus, and just get off.”

Corbin, who was trained to handle such situations, shared that he remained calm and just followed Callazo’s instructions, explaining that he was thinking of the kids and did not want to agitate the hijacker.

Image via The Inquirer