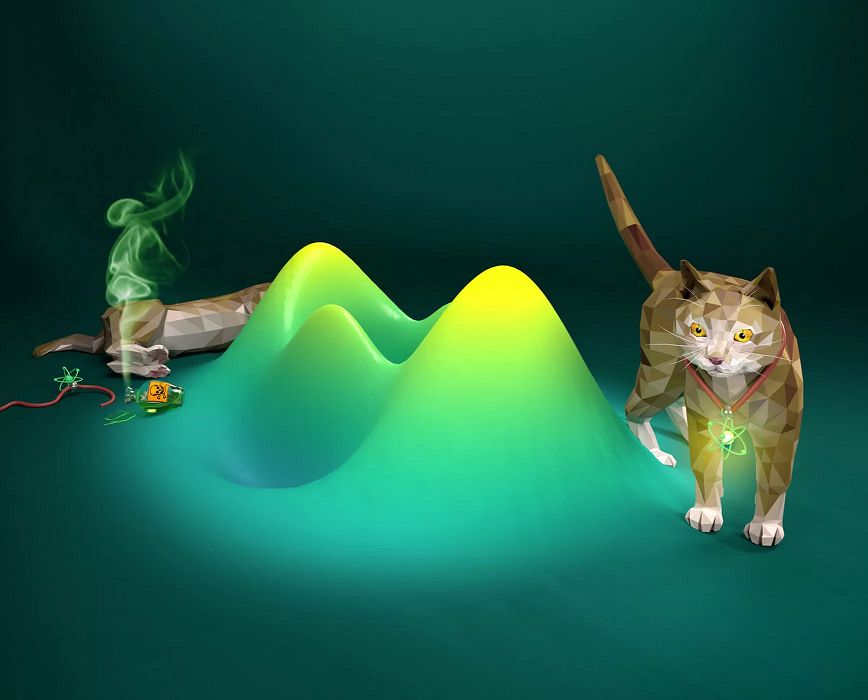 Schrodinger’s Cat is a concept stating that a particle can have two contradictory traits at the same time. Erwin Schrodinger used the illustration of a steel box with a cat, an atom, and a glass vial of poison gas. Depending on whether the atom decays or not, we can never know the state of the cat unless we open the box. So the cat is said to be in a "superposition" where it could either be both dead and alive.

Researchers from the Max Planck Institute of Quantum Optics said they have created several laser pulses that acted like the eponymous Schrodinger’s cat.

"In our experiment, the [laser cat] was sent to the detector immediately, so it was destroyed right after its creation," said Bastian Hacker, a researcher at the Max Planck Institute of Quantum Optics in Germany, who worked on the experiment.

But it didn’t have to be that way, Hacker told Live Science. "An optical state can live forever. So if we had sent the pulse out into the night sky, it could live for billions of years in its [cat-like] state."

That longevity is part of what makes these pulses so useful, he added. A long-lived laser cat can survive long-term travel through an optical fiber, making it a good unit of information for a network of quantum computers.