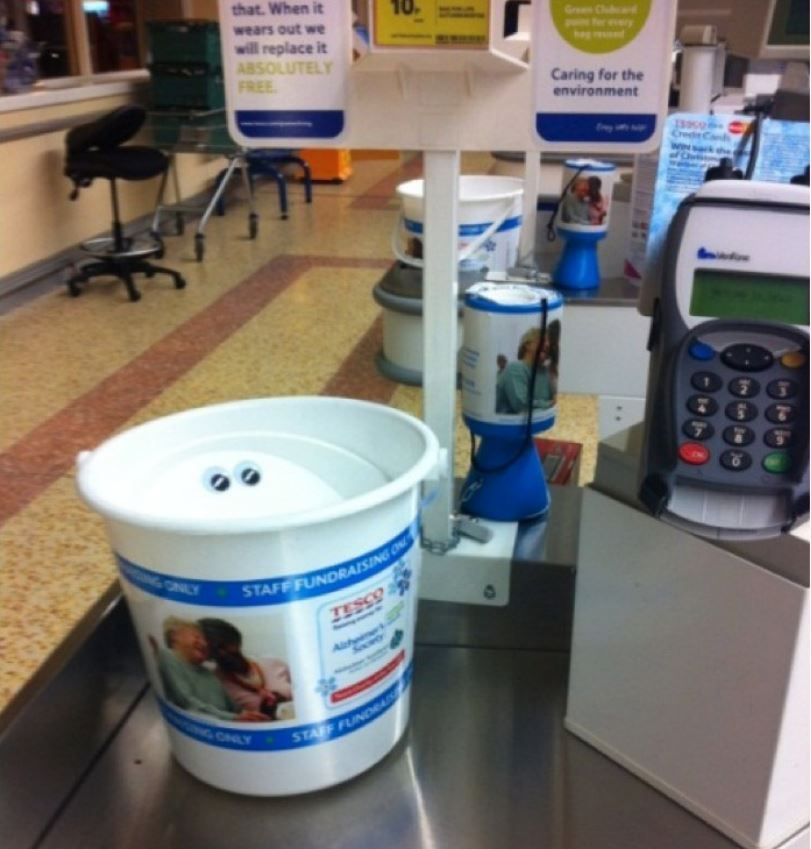 Why are the Big Brother posters in Nineteen Eighty-Four so intimidating? Perhaps because there are clear links between human behavior and the presence of watching eyes, or even just the appearance of watchful eyes.

In 2012, scientists at the Newcastle University (UK) published a study of human responses to donation boxes at supermarket checkouts. They found that people were far more likely to donate if the scientists had glued googly eyes onto the buckets:

In an 11-wk field experiment in a supermarket, we displayed either eye images or control images on charity collection buckets. There was no normative requirement to donate in this setting, and most people did not do so. However, the presence of eye images increased donations by 48% relative to control images.