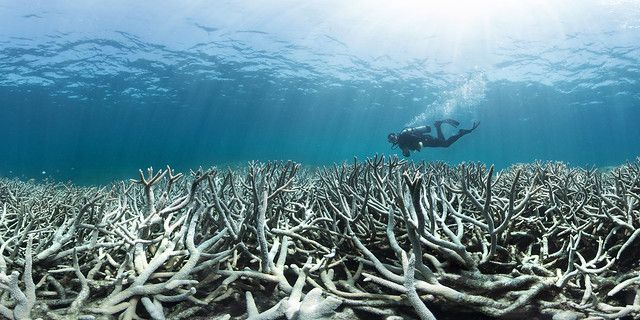 Witnessing many catastrophes befall people is heartbreaking enough, but we also experience loss and grief when we see nature suffering from the effects of our negligence and abuse, especially since we are supposed to be the ones to take care of it.

When Australia’s Great Barrier Reef, the world’s largest coral-reef system, was hit by record-breaking marine heat waves that bleached two-thirds of it in 2016 and 2017, many researchers were left in a state of shock.

Social scientist Michele Barnes witnessed this disaster first hand. She works at the Australian Research Council Centre of Excellence for Coral Reef Studies in Townsville, which is adjacent to the reef. Barnes decided to interview scientists and others working on the reef to investigate their response to this climate-change-driven catastrophe.

Barnes, who is still analysing her results, was surprised that many of the scientists whom she interviewed felt intense grief and sadness about the reef’s deterioration. Nature has also spoken to several coral-reef scientists not involved in Barnes’s study who echo those sentiments.