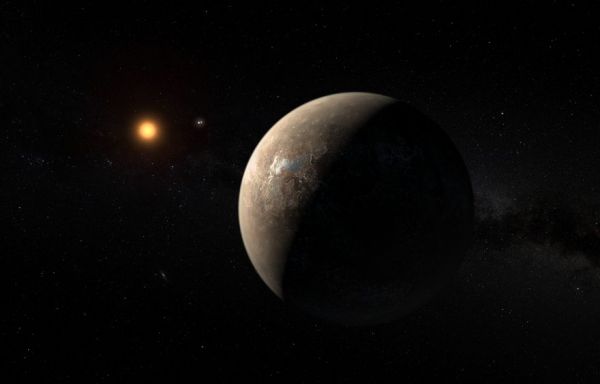 Astronomers scanning the skies for signals at the Parkes telescope in Australia picked up an unusual radio beam last spring. They’ve been analyzing it since then, and have not yet found a terrestrial source to attribute it to. The Guardian has more.

The latest “signal” is likely to have a mundane explanation too, but the direction of the narrow beam, around 980MHz, and an apparent shift in its frequency said to be consistent with the movement of a planet have added to the tantalising nature of the finding. Scientists are now preparing a paper on the beam, named BLC1, for Breakthrough Listen, the project to search for evidence of life in space, the Guardian understands.

The beam that appears to have come from the direction of Proxima Centauri, a red dwarf star 4.2 light years from Earth, has not been spotted since the initial observation, according to an individual in the astronomy community who requested anonymity because the work is ongoing. “It is the first serious candidate since the ‘Wow! signal’,” they said.

The “Wow! signal” was a short-lived narrowband radio signal picked up during a search for extraterrestrial intelligence, or Seti, by the Big Ear Radio Observatory in Ohio in 1977. The unusual signal, which gained its name after astronomer Jerry Ehman wrote “Wow!” next to the data, unleashed a wave of excitement, though Ehman cautioned about drawing “vast conclusions from half-vast data”.

Cute. The search for the source of the radio wave continues, and before you consider it proof of intelligent alien life, Phil Plait has a broader explanation and some cautionary words at Bad Astronomy.  -via Metafilter

What’s Wrong With Your Cat?