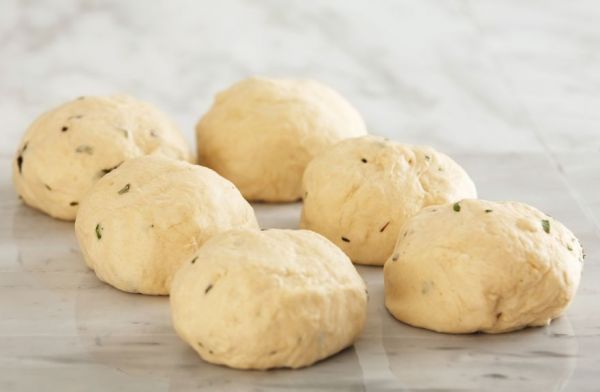 Dr. Ernesto Di Maio is a professor of Materials Science and Technology at the University of Naples. He is also allergic to yeast. Naples is the birthplace of pizza. In a confluence of biology and geography, Di Maio was destined to develop a way to make pizza crust without yeast. In a normal pizza crust (and most bread), yeast produced carbon dioxide bubbles as it ferments, which causes the dough to rise, making it light and airy. Di Maio’s team looked for a way to infuse raw dough with carbon dioxide artificially.

To artificially aerate the crust, the team placed the dough—a mixture of flour, water, and salt—into an autoclave, a chamber with controlled pressure and temperature settings. They then flooded the golf ball–sized dough with gas at high pressure, similar to carbonating a soda. When they gradually released the pressure and increased the heat inside the chamber, the team watched the dough rise.

They ended up with several mini-crusts, which they declared tasty. This experiment may lead to specialty pizzas and even breads that can be tolerated by people with yeast allergies. Read more about the experiment at Smithsonian. -via Damn Interesting