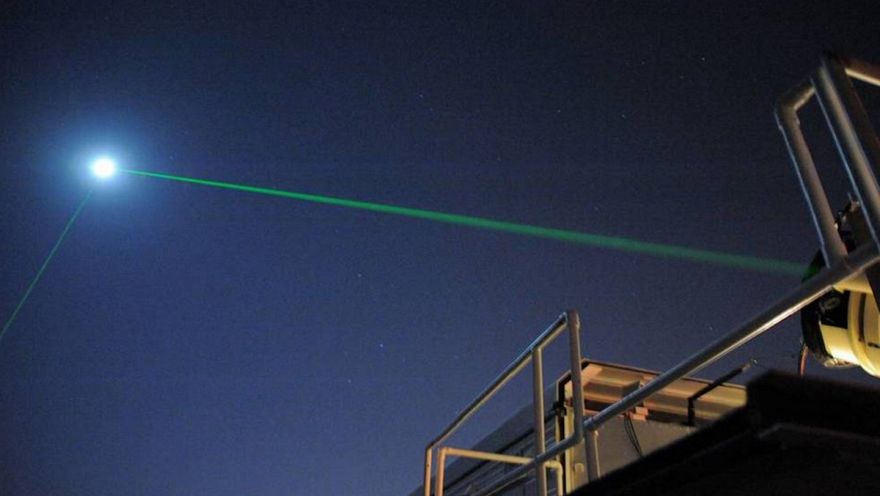 Dozens of times over the last decade, scientists from NASA have aimed laser beams towards the reflector panel attached to the Lunar Reconnaissance Orbiter near the Moon, which is about 385,000 km from our planet. Out of all these attempts, however, these scientists were not able to receive a signal back. But just recently they succeeded.

[NASA scientists] and French colleagues have announced, in a paper in the journal Earth, Planets and Space, that a returning signal has been received, and this, they say, could help decide whether the last working science experiment from the Apollo era still has something to give.

The reflector is mounted on the Lunar Reconnaissance Orbiter (LRO), which has been studying the Moon from its orbit since 2009. It was placed there as a target to test the reflecting power of panels left on the lunar surface half a century ago.

The panels have one job, but they’ve done it well. Aim a beam of light at them and measure the amount of time it takes for the light to come back, and you know how far away they are.

For decades, scientists have been doing this experiment (using the reflector panels on the Moon) and have made major discoveries.

One of the biggest [discoveries] is that the Earth and Moon are drifting apart at about the rate that fingernails grow: 3.8 centimetres a year. This is the result of gravitational interactions between the two bodies.

More details about this at Cosmos.

Rating Scientists Receive Signals Back From The Reflector Panels Near The Moon is 5.0 / 5 Votes: 3
Please wait...
Loading...
Related articles