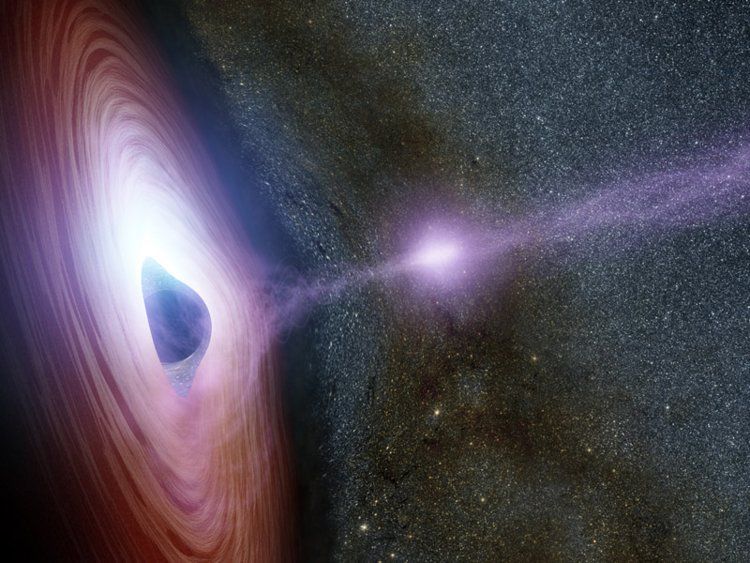 A supermassive black hole sits at the center of our galaxy and there are usually no activities being detected from it, until astronomers notice the black hole called Sagittarius A* lighting up brighter than normal in May.

The closest supermassive black hole to Earth, called Sagittarius A*, or Sgr A*, suddenly got 75 times brighter than normal along the near-infrared region of the light spectrum for two hours on May 13, a team of scientists has found.

“The black hole was so bright I at first mistook it for the star S0-2, because I had never seen Sgr A* that bright,” Tuan Do, an astronomer and lead author of the paper, told ScienceAlert. “I knew almost right away there was probably something interesting going on with the black hole.”

So far, nobody knows exactly why it lit up but the main theory is that two objects that passed by it in 2014 and 2018 may have something to do with it.

The researchers think such an interaction could have caused this bright flash. Specifically, they said, an interaction with a nearby star that passed near Sgr A* in 2018 could have disturbed gas flows at the edge of the black hole’s grasp.

They also pointed to a dust cloud that passed near Sgr A* in 2014 but didn’t get dramatically torn apart the way astronomers thought it would. The brightness could be a “delayed reaction,” they wrote.