Curled tentacles, soft spikes, and an unusually large, translucent bell distinguish a newly discovered species of jellyfish. The uncommon A. Reynoldsi became the subject of study for scientists at the Monterey Bay Aquarium Research Institute (previously) earlier this year when one of the deep-sea creatures was documented floating through the midnight zone. “Fifteen years ago, MBARI researchers spotted a large jelly that looked like Atolla but lacked the telltale trailing tentacle, and their curiosity was piqued,” MBARI says.

Bigger than most in the Atolla genus, this particular specimen measured 5.1 inches across with about 30 to 40 small, coiled tentacles that differ from other species’ singular, long appendages. The institute has only recorded about ten sightings of the A. Reynoldsi since 2006, a discovery researchers say “remind(s) us that we still know so little about the ocean, the largest living space on Earth.” (via PetaPixel) 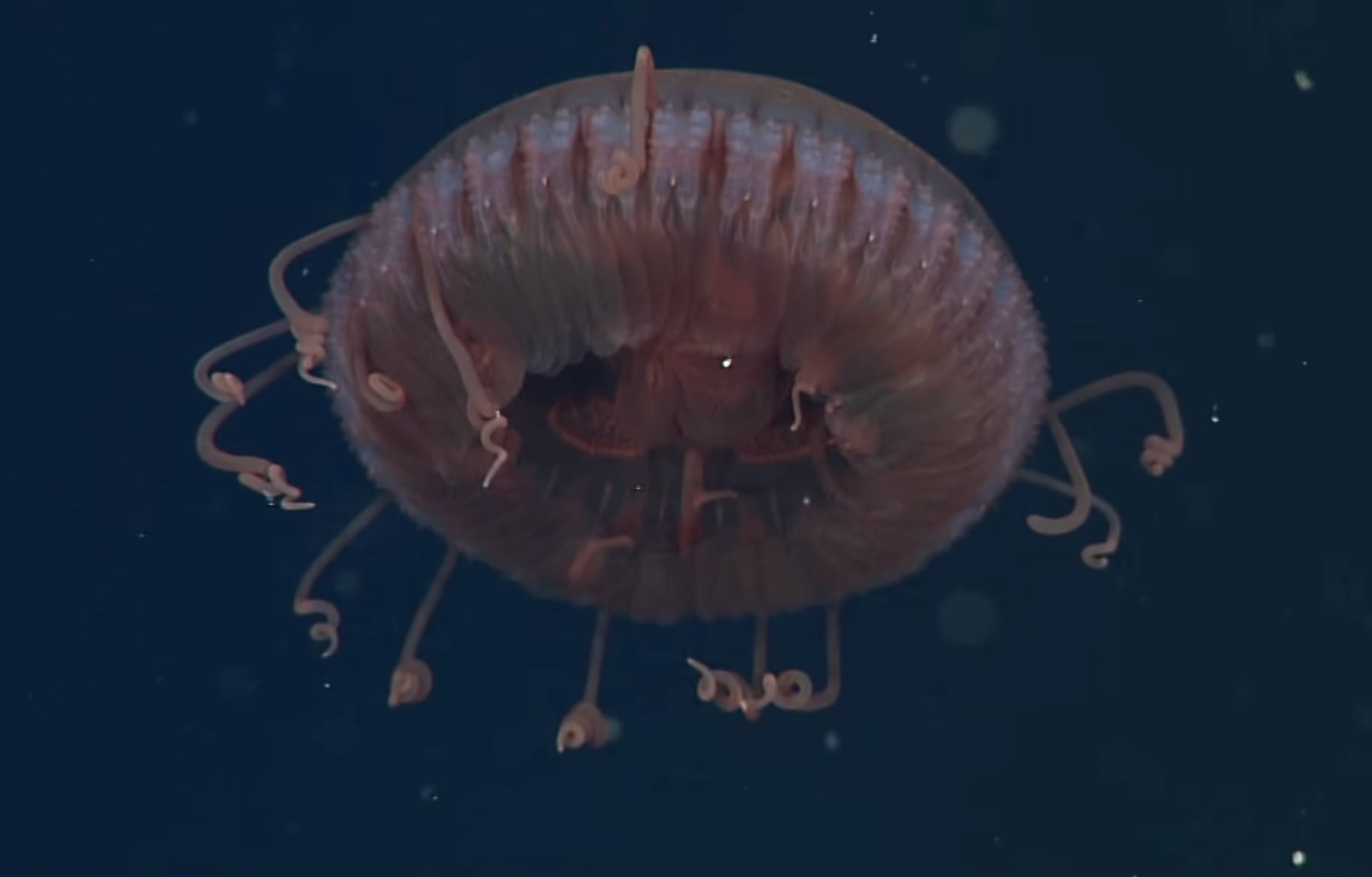