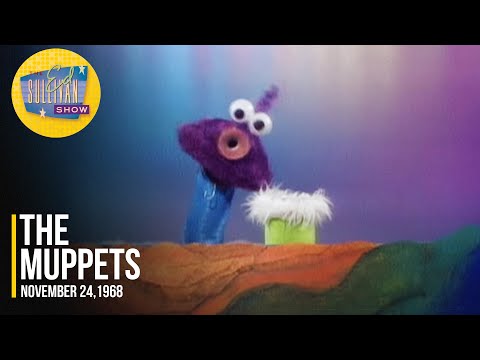 The Muppets perform the song “Sclrap Flyapp” on The Ed Sullivan Show in November of 1968. The title is also the entirety of the song’s lyrics, except for an occasional “merp” from the smallest monster. This was before Sesame Street, SNL, or The Muppet Show. Jim Henson’s puppets had appeared in plenty of regional TV commercials and a local Washington, DC, show, but to see them in the ’60s, most of the US had to wait for a rare guest appearance on variety show or late night talk show. It was always a treat because the monsters were just so charmingly silly. The “Sclrap Flyapp” song was a recurring bit that was done on several shows, varying somewhat each time. You can also see a 1965 version from The Jack Paar Show or a 1966 appearance on The Mike Douglas Show. Here’s another unidentified version with still different puppets that more resemble the Sesame Street cast. The skit eventually evolved in to “Hugga Wugga” on The Muppet Show. -via Laughing Squid