Twin sisters Jane and Louise Wilson have spent three decades photographing sites that shaped twentieth-century European history. Sea Eagle is part of a series of large-scale photographs depicting Nazi bunkers built along the coastline from Spain to Norway during World War II. The Brutalist structures survive, though they are now crumbling into the sea. Looming over the viewer and thus assuming some of the bunker’s original hateful power, this black-and-white photographic document asks whether the ideology the building represents should be fetishized, conserved, or destroyed. 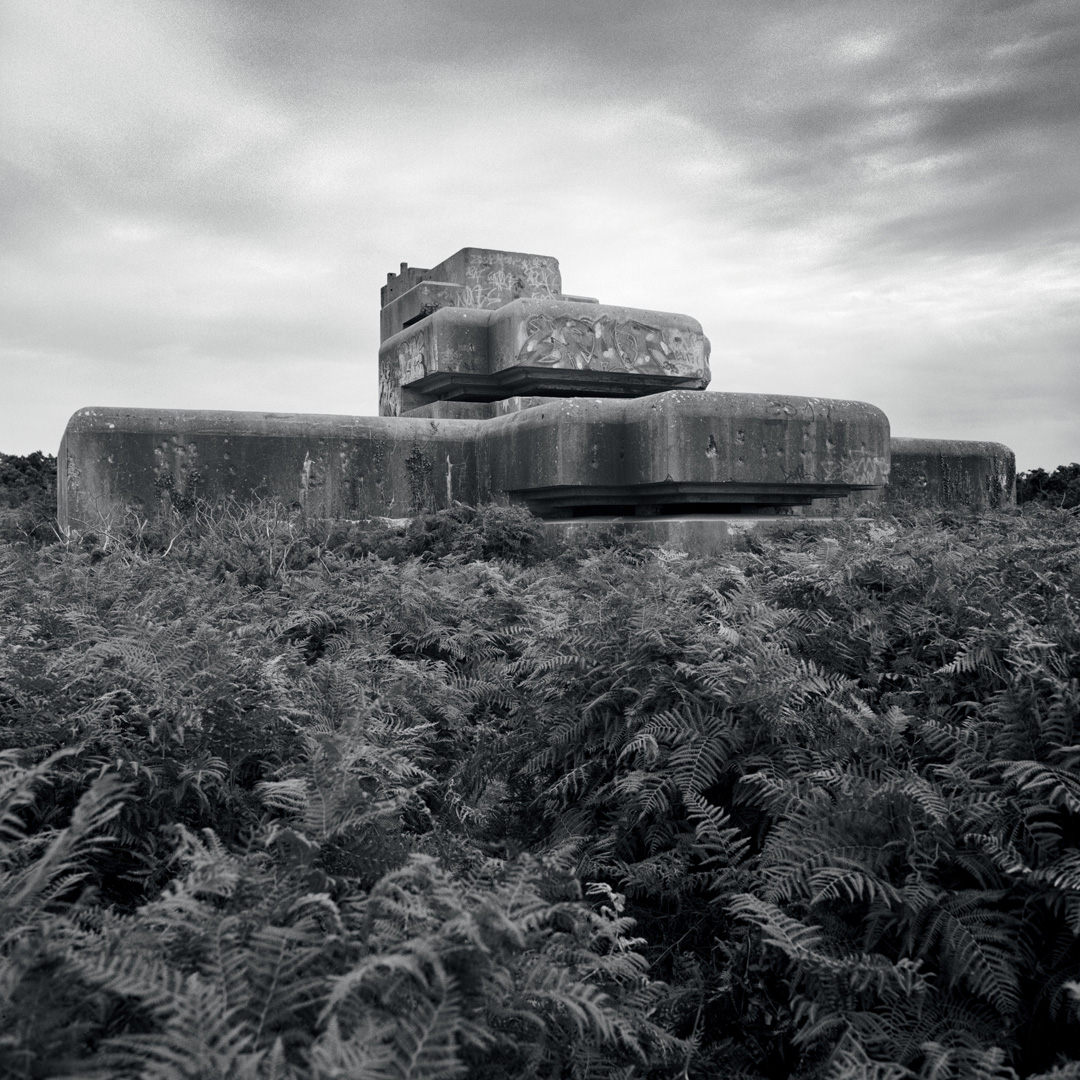