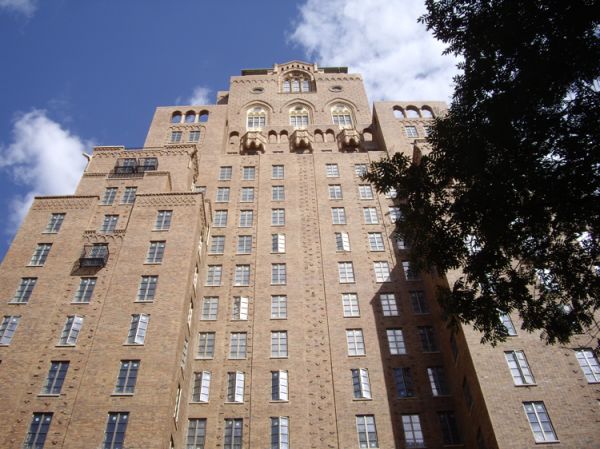 Through most of the 20th century, the Barbizon Hotel in Manhattan was a place where single women, mostly those new to New York City, could live in safety. Historian Paulina Bren has published a book on the history of the Barbizon and its illustrious residents, The Barbizon, The New York Hotel That Set Women Free, for which HBO has already secured the TV rights.

In the 1920s and 30s the Barbizon advertised its role in protecting young working women from predatory men, the “wolves of New York”, capitalising on the influx of women to Manhattan after the First World War, but after the Great Depression it offered a different kind of sanctuary. “Working women were considered deeply suspect for taking a job away from a ‘real breadwinner’,” explains Bren. “If you were walking around New York and you looked like you were going to work, it could be a pretty hostile environment.” Nevertheless, some persisted. The respectable Katharine Gibbs Secretarial School took over three floors of the hotel for its students, as it filled up with young women “determined to type their way out of small-town America”.

But it was the 1950s, the hotel’s “dollhouse” era, when hundreds of young, aspiring models and actresses found their way to the Barbizon, that Bren most enjoyed exploring. “It was an era when women were supposed to be so prim and proper, but there was a bubbling sexuality,” she says.

Notable Barbizon residents included Sylvia Plath, Joan Didion, Liza Minnelli, Ali MacGraw, Jaclyn Smith, Grace Kelly, Joan Crawford, and Tippi Hedren. While the hotel opened to men in 1981 and was converted to apartments in 2007, there are five women from the hotel’s mid-century heyday still living there. Read an overview of the Barbizon’s history at The Guardian. -via Damn Interesting