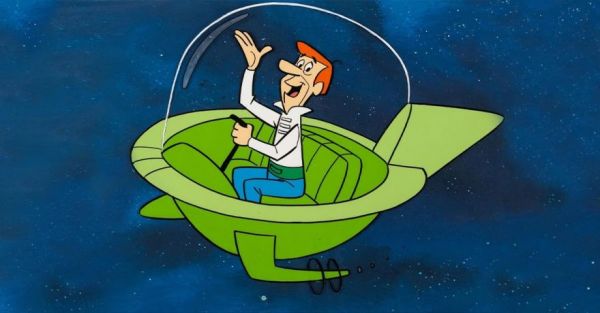 I say “semi” because the Hanna-Barbera Television Company never explicitly said that George Jetson, the main character in the 1960s cartoon The Jetsons, but one scene implies, that George was born on July 31, 2022.

The Today Show lays out the fan theory: in a particular episode that aired in 1962, a doctor says that George should live to be a 150 years old. George happily affirms that he has another 110 years ahead of him, meaning that he is 40 years old. According the dates provided by the promotional materials released by Hanna-Barbera at the time of the show’s premier, that means that George will be born on July 31, 2022.