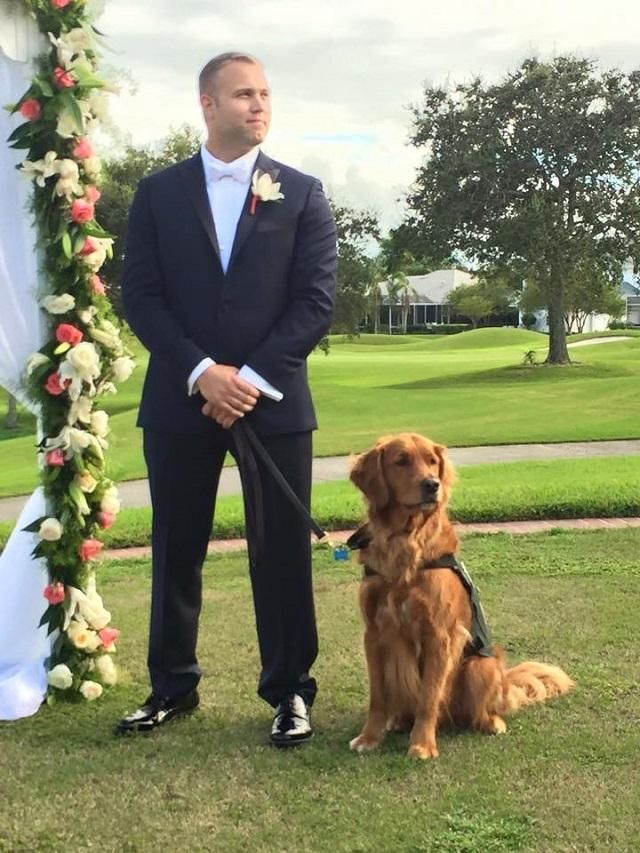 Justin Lunsford served in the military as a paratrooper and was deployed in Afghanistan in 2012. He went back to the United States after an IED took his leg. In order to cope with PTSD, Warrior Canine Connections helped him meet Gabe, a two-year-old service dog. “He helps me with one thing to the next. I can use him as a stable surface to lean on, as I get to and from the ground,” Justin said. “If I fall, he’ll come up running next to me and I can use him to push off of to get up off the ground.”

The two became the best of friends and companions, to the point that Lunsford picked Gabe as the best man at his wedding in 2015. The dog was even the ringbearer, too!