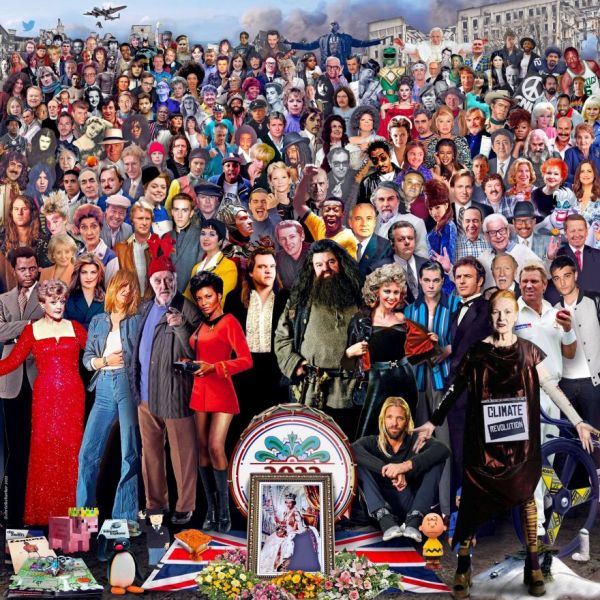 We lost an awful lot of notable people in 2022. If you were to put the celebrity deaths of 2022 together on a record album cover in the style of Sgt. Pepper’s Lonely Hearts Club Band, it would look like this.

This collage is the work of British artist Chris Barker, who revised it several times in the last few days to add more people. This is version 5b, which he hopes is the final version. You can click to enlarge it here. Some people are represented by objects or avatars that are more familiar than their faces. For example, the penguin in front represents Carlo Bonomi, who was the voice of Pingu in the children’s television program, and the airplane in the sky represents Johnny Johnson, the last of the World War II Dambusters.

Barker is already getting pushback for some people not included, mainly Americans he hasn’t heard of. If you don’t recognize all the people in the picture (and who would?), you can use the key to their names here. There are 196 of them. The key does not yet include Barbara Walters or Pope Benedict. The project was obviously a massive amount of work, but Barker has done it before.