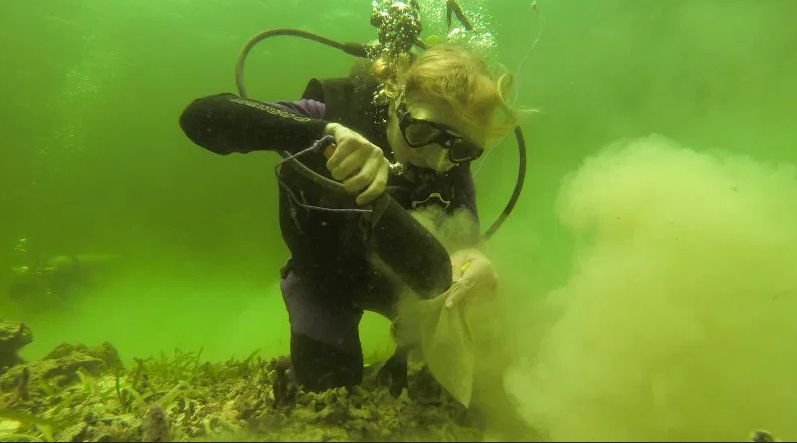 Sharks get dandruff? Now that’s something I never knew until today! Smithsonian scientists revealed that a shark’s shedded dermal denticles can protect coral reefs from declining. The denticles are microscopic scales that cover a shark’s body, which protects them from abrasion by hard substances and ectoparasite attachment. Scientists hope that the denticles can be used for innovative reef conservation strategies:

Just as humans shed dry skin and dandruff, sharks shed their denticles, which accumulate in marine sediments. The oldest denticles found so far, in the Harding Sandstone of Colorado, are about 455 million years old.

STRI paleobiologist, Aaron O’Dea, pieces together clues from fossil- and modern coral reefs to reconstruct baseline conditions before human colonization, and to understand how ecological and evolutionary processes change through time.

“Placoderms in the Paleozoic, and then marine reptiles in the Mesozoic, were larger and ate sharks.” O’Dea explained. “Placoderms ruled the oceans for around 70 million years and marine reptiles of the Mesozoic ruled for more than 100 million years. Sharks are only top predators now because extinction events preferentially took out other groups but allowed sharks to survive. Sharks seem to have remarkable evolutionary resilience and I was fascinated to work on a technique that would help us explore how sharks have fared more recently when humans step into the picture.”