Moving in together is a big step in a relationship. It can both tie the couple closer together and challenge their bond, so it’s important how they go about it.

By the looks of it, the guy who made this Reddit post and his girlfriend aren’t really on the best course.

Using a now-deleted account, he explained that the two of them can’t agree on most things when it comes to this decision, and have been fighting over their finances.

Stuck in the argument, he asked the famous ‘Am I the [Jerk]’ community to at least help him understand who is to blame here. Continue scrolling to read what he wrote.

This guy is on his way to becoming a pathologist, and wants to live near the hospital he does his residency in 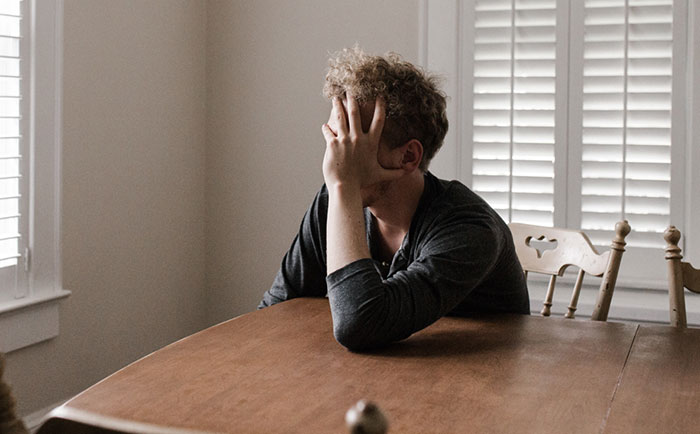 However, he can’t really afford it and wants his girlfriend to pay most of the rent 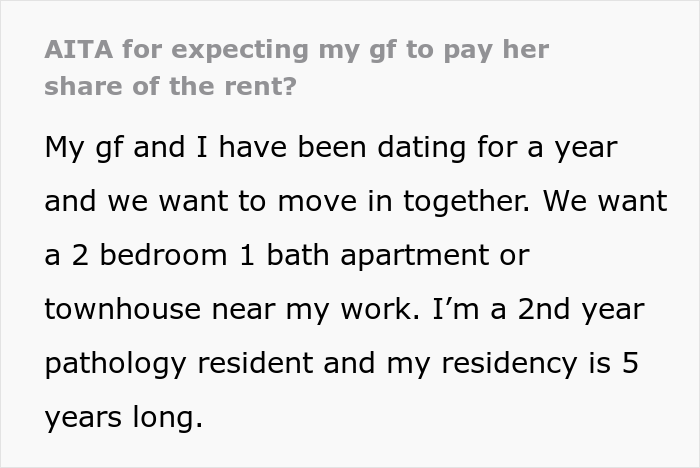 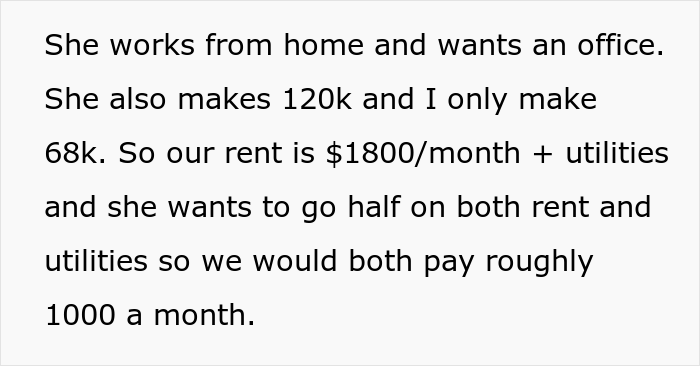 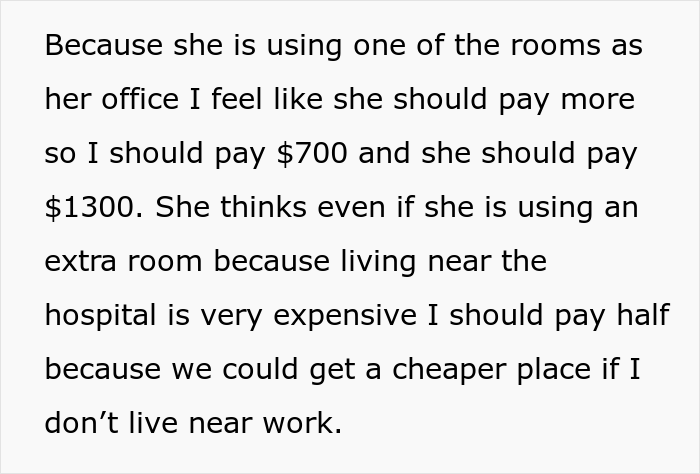 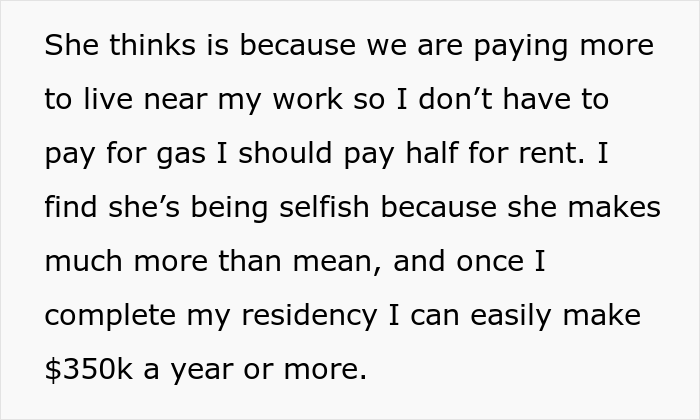 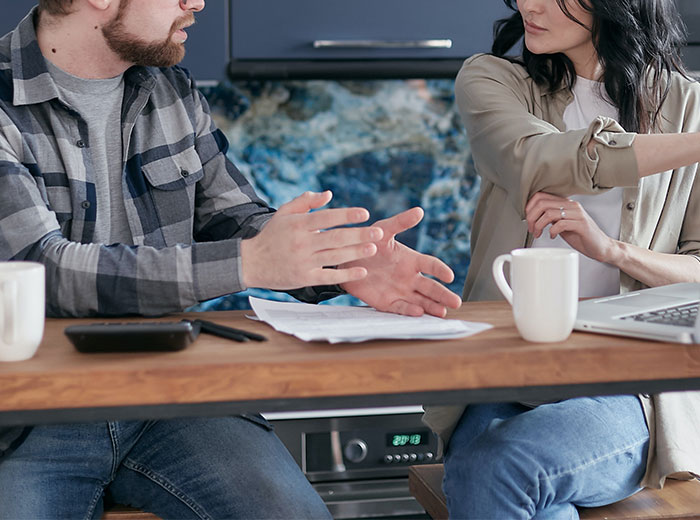 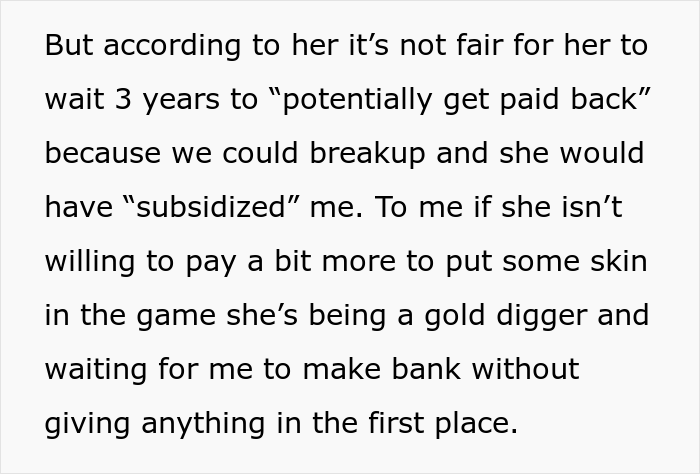 There is some truth to what the man is saying. Experts at the National Bank of Canada agree that the 50/50 split works when both people are making more or less the same. If, however, there is a significant salary gap between them, the distribution of expenses is more balanced if each contributes proportionally to their income.

The equation is quite simple: all you have to do is calculate what percentage of total household income is earned by each person and then apply this percentage to the total monthly budget.

However, we don’t know all the details about this particular relationship.

And there are many like them. 48% of Americans who are married or living with a partner say they argue with the person over money, according to a survey by The Cashlorette. Most of those fights are about spending habits: 60% said that one person spends too much or the other is too cheap.

These conflicts can have serious consequences. In many cases, they are the number one predictor of whether or not you’ll end up divorced, according to a study of more than 4,500 couples.

“Financial disagreements did predict divorce more strongly than other common problem areas like disagreements over household tasks or spending time together,” the authors of the study concluded.

At least these folks seem to be talking about it.

Moraya Seeger DeGeare, a licensed marriage and family therapist and co-owner of BFF Therapy, said, “the goal for any of us is not to have a relationship that you don’t fight … the goal is really to be able to fight well and effectively and to feel like you’re moving forward and there’s progress.”

Dancing, according to DeGeare, provides a useful analogy for learning to fight. Each couple gets into fights that probably feel pretty familiar to the couple — these fights are the same moves over and over again, even if it’s about different stuff. It’s like you’re dancing the same dance even if the song changes.

In order to fight well, you need to learn the steps of your “dance” when you’re not actually fighting. DeGeare suggests asking yourselves: When are we getting stuck? What are those repetitive patterns? Can we talk about them?

When you are fighting and you’re in your feelings, take a breather, and try exposing your vulnerability. For example, you can ask yourself: What am I feeling? What’s happening for me?

And instead of pointing out what the other person did wrong, say things like, “I’m feeling really lonely and scared. I’m feeling very disconnected from you. I miss you.”

This type of fighting can build intimacy. 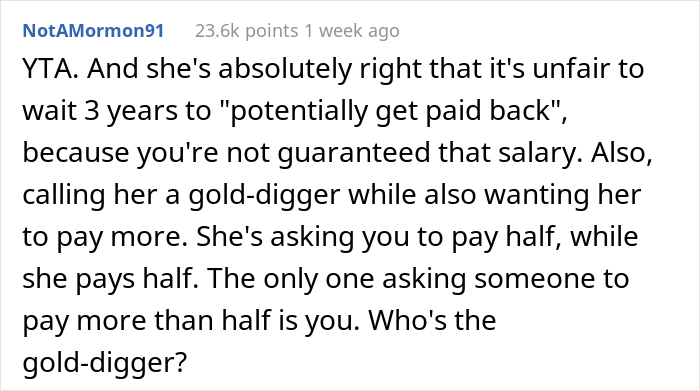 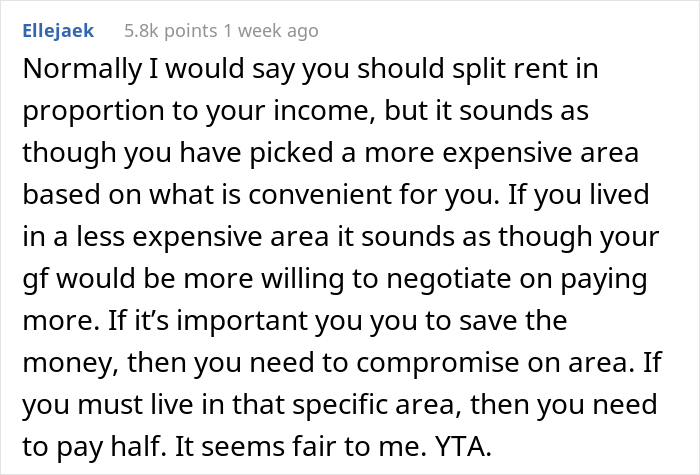 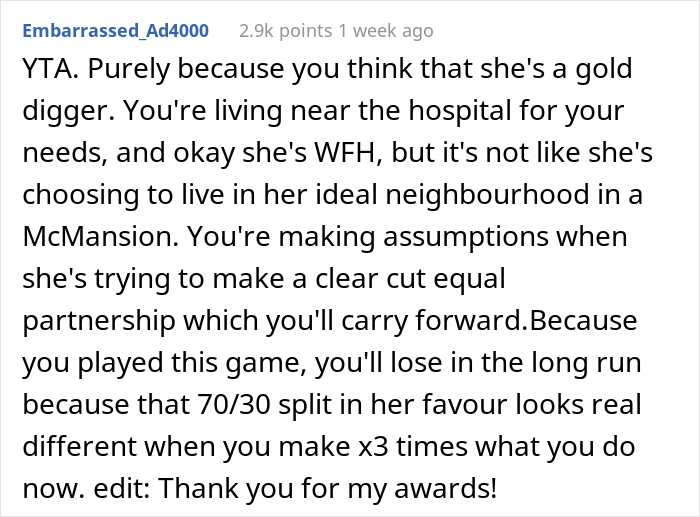 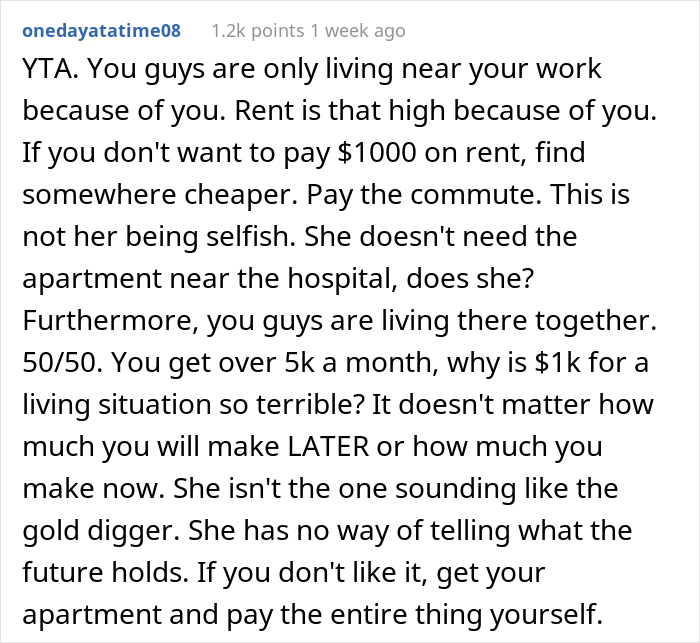 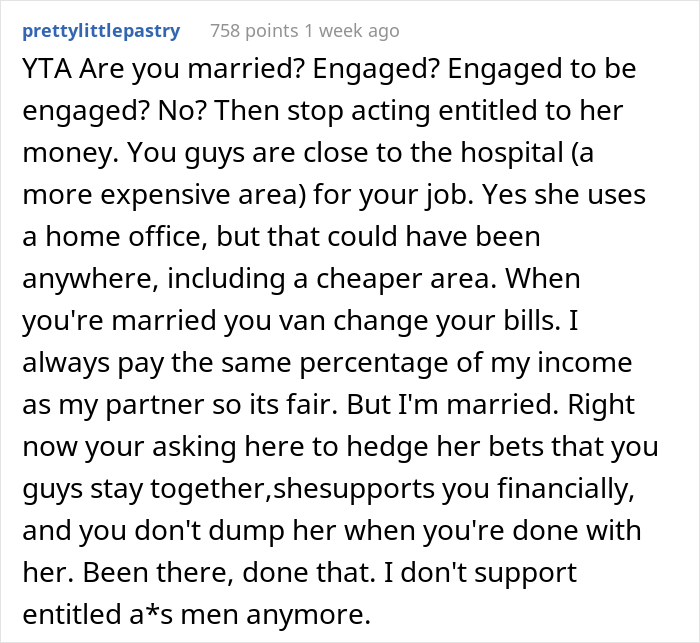 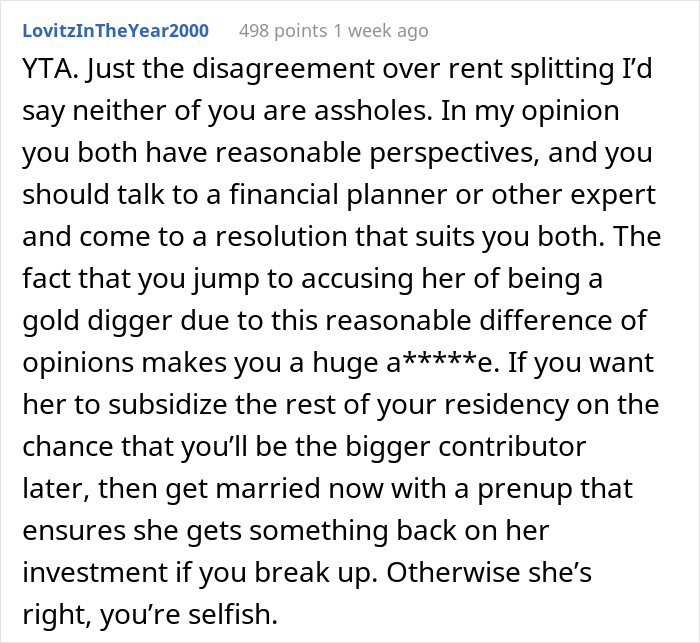 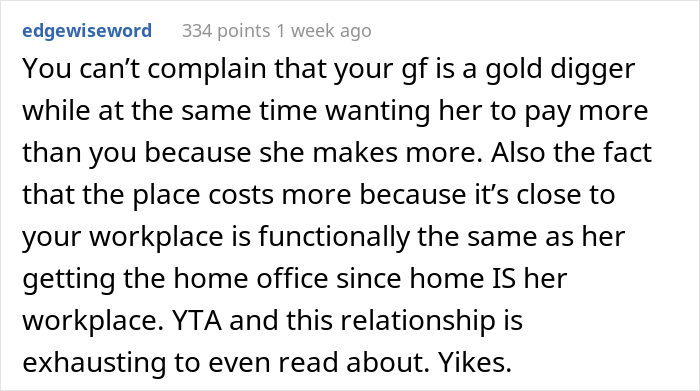 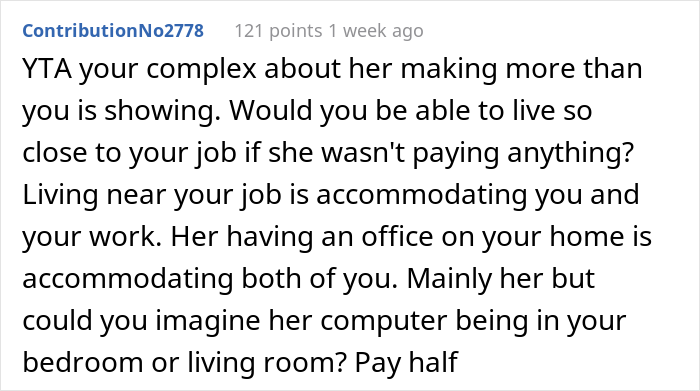 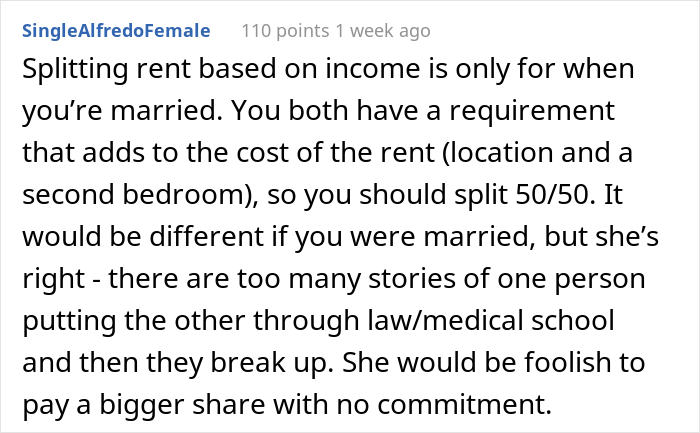 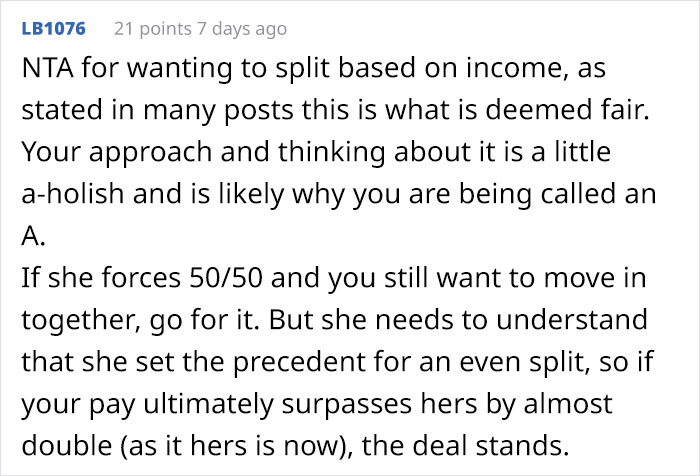 The post “She’s Being A Gold Digger”: The Internet Cannot Believe The Audacity Of This Guy After He Called Out His GF For Refusing To Pay 0 More For Rent first appeared on Bored Panda.