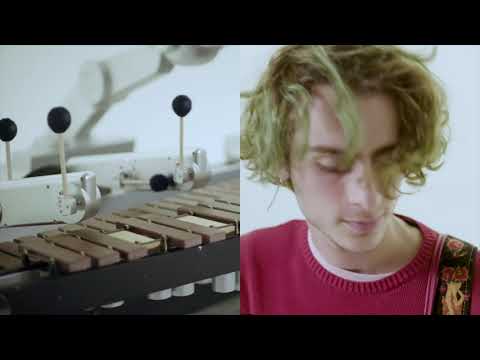 Back in 2017, Shimon the robot was more focused on playing the marimba. Now, it seems that he has learned new things along the way. He can now sing, dance, write lyrics, and compose his own melodies, and he’s about to show the world what he can do as “he’s about to go on tour to promote his first album.”

Shimon learns his craft the same way other creative robots do – by being fed huge amounts of data from existing human examples. In this case, that meant 50,000 lyrics from jazz, prog rock and hip-hop music.

With that foundation laid, Shimon can then begin assembling his own lyrics from the rules he’s learned. But there’s more to it than just repeating “yeah baby tonight” – the team made sure that Shimon understood some of the other ingredients that make music so appealing.

Take a listen to Shimon’s first single, “Into Your Mind,” and learn more about Shimon’s recent changes, over at New Atlas.