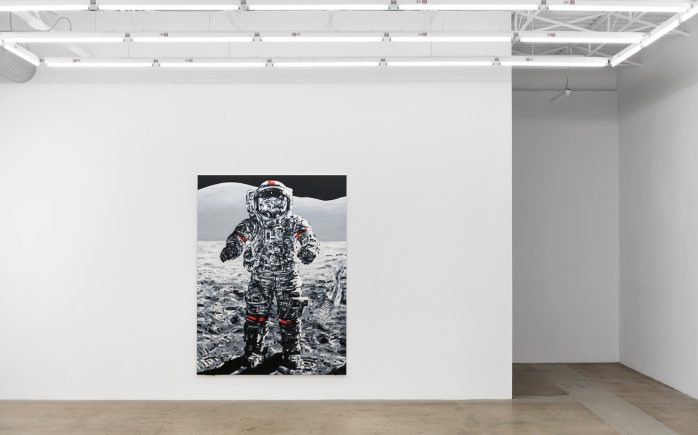 Last month, Bill Brady in Miami opened a solo exhibition from Michael Kagan (featured) entitled We Have Felt The Ground Shake. For his first showing with the gallery, the Brookyln-based artist presented a new selection of his signature astronaut paintings, rendered with a loose touch. This time around, Kagan focuses in on the Apollo astronauts, specifically those that touched down on the moon with some of the paintings taking the names of spacemen depicted.

He further explains – “The paintings can work on their own or tell a story when shown together. The Mercury astronauts were the test pilots the ones that showed man can go into space. The Apollo astronauts were the guys who slam dunked the ball. It was always about getting to the moon.”